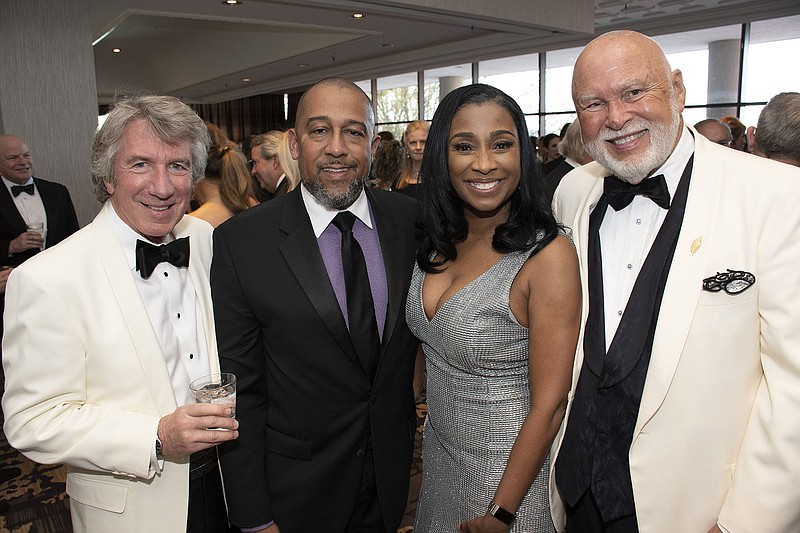 Kim Meyer-Webb and Michelle Towne were feted as Women of the Year on April 1 at the Little Rock Marriott.

The evening, a fundraiser for Women & Children First: The Center Against Family Violence, began with a cocktail reception followed by a dinner and program.

The program included remarks by Angela McGraw about the mission of the nonprofit and a presentation of the annual Peacekeepers Award to Wallace Smith, chairman elect of the Women & Children First board.

Rick Fleetwood introduced the Women of the Year honorees -- Towne, publisher of Inviting Arkansas, and Meyer-Webb, editor of the magazine. The awards were presented by event chairmen Kristen and Barrett Belew.

The evening ended with a concert by Mayday by Midnight.