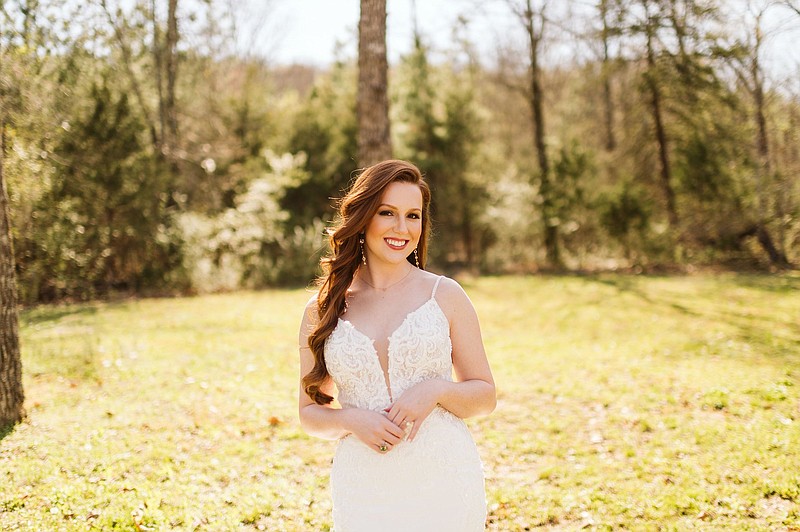 The Venue at Oakdale in Sherwood was the setting at 6:30 p.m. Saturday, April 2, for the marriage of Sheffield Spence and Aaron Jun Darryl Lagman Garon. The Rev. Jay Clark of Pulaski Heights United Methodist Church was the officiant.

The entrance was marked with arrangements of blue wedding flowers on white columns. Arrangements in shades of blue also decorated the ceremony site.

Given in marriage by her parents, the bride wore an ivory crepe mermaid-style gown. The bodice with an open V-back was embellished with bugle beads and pearls. The skirt extended to a round train hemmed with lace. She carried a bouquet of light blue delphiniums, white hydrangeas, playa roses and seeded eucalyptus.

Also participating in a Filipino wedding tradition of carrying a Bible, gold coins and wedding rings down the aisle, were the couple's nephews, Aviel "Benzi" Ramos, Nicholas Jacosalem and Noah Jacosalem, all of Elk Grove, Calif.

After a honeymoon in New York, the couple will live in Fayetteville.