Board, resources a plus for Mississippi educator seeking to lead Little Rock School District 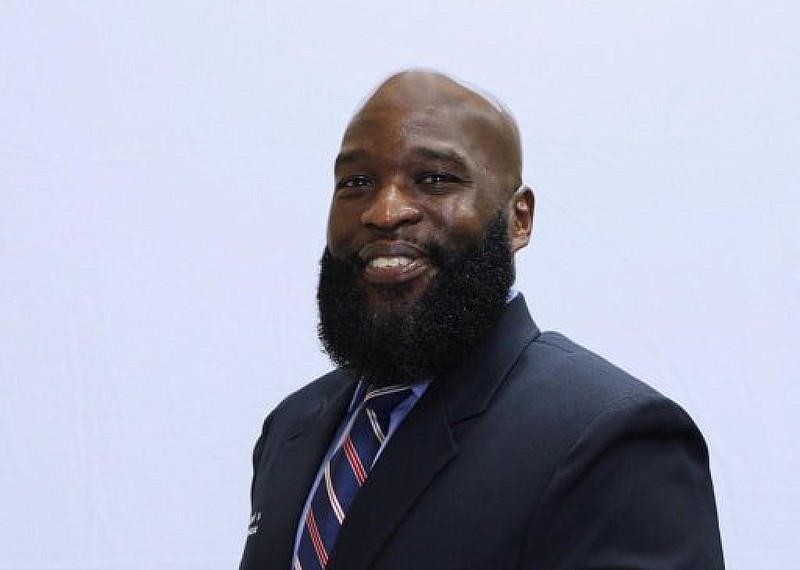 Jermall D. Wright, one of two finalists for the job of Little Rock School District superintendent, says he is a people person who is focused on literacy, numeracy and the social and emotional skills of students -- starting at their earliest ages.

Now, Wright, 45, a recent contender for the superintendent's job in New Orleans, says he would like to be the chief executive in the 21,000-student Little Rock system that has the resources for school and district transformation.

"It being the capital city, there are so many partnerships and organizations that have a vested interest in wanting to see the school district be successful," Wright said in a recent interview.

"I have been reading about the strong economic development focus within the mayor's office, the chamber of commerce, business and industry -- are all trying to attract businesses to the area. You have a wealth of partnerships with people donating time and money and resources. When I looked at just the number of volunteer hours being completed in the schools across the district, it's mind-boggling."

Wright will be in Little Rock on Monday for a second interview with the Little Rock School Board that is seeking a successor to Mike Poore, who will retire in June after leading the district for six years.

That evening interview and dinner will be preceded with a morning tour of three schools and meetings with district employees, parents and civic and business representatives.

Members of the public who would like to meet Wright can do so at a community forum at 4:15 p.m. Monday at the school district's administration building, 810 W. Markham St.

Wright is a Jacksonville, Fla., native and father of three who are ages 16 to 20. His interest in teaching dates to his childhood, he said, when he helped his mother teach Sunday School and he set up a classroom in his family's backyard.

He started his career with a decade of work in a Christian academy that was affiliated with his hometown church.

It was a state-voucher supported academy in which a majority of students came from low-income families, Wright said.

His move into public education -- in Jacksonville; Washington, D.C.; Denver; Philadelphia; Birmingham, Ala.; and now Yazoo City and Humphreys County, Miss. -- expanded into a career of improving student achievement at schoolwide and districtwide levels. That included raising what were often F-graded schools to better levels.

In his current role of managing what are two districts taken over by the state, Wright reports to the Mississippi Board of Education and the state's chief school officer.

Carey Wright, the chief state school officer in Mississippi, was complimentary of Jermall Wright's work in an emailed response to questions.

"Dr. Wright is an instructionally strong systems leader who helped improve student outcomes under challenging conditions," Carey Wright continued. "He continues to perform at the highest levels as he guides his district toward improving opportunities and outcomes for his students."

There is no locally elected board in the Mississippi Achievement School District and there won't be until the district can attain a state-applied grade of C or better for five years. But, because of the covid-19 pandemic, Jermall Wright said, the grading component of the accountability system was suspended for the past two years.

The idea of working with a school board is hugely appealing, Jermall Wright said, calling the Little Rock board "extremely motivated" for success.

"I'm looking forward to working with this group of individuals because we have a lot in common in what we want to see happen," he said.

"For me, there were plenty of times during the pandemic that I wished I had a board to confer with. Boards are in charge of policy and decision-making. I was left all by myself to make decisions around masking and in-person learning, all of that.

Wright said he offers to Little Rock his ability to unite people around goals, and his experience in a variety of rural, suburban and urban districts using education solutions that are "grounded in evidence, diversity, equity and inclusion."

"I have lots of areas to improve but a strength of mine is that I work well with a wide variety of people -- people of different philosophical and political beliefs, different races -- people from all over. "

He acknowledged the divisiveness that exists in the nation.

"I still find that a great majority of people in our country, in particular, want to see kids do well, we want to see public education be successful, we want to see kids have opportunities to be successful. When you are able to find and land on common interests and common goals -- even with people of different philosophical and political values and beliefs -- you are still able to move the agenda forward because you can find common ground and move forward on that."

There are no shortcuts to improved, sustained student outcomes, he said. The path to improvement is "'making sure every student has access to a high-quality teacher in the classroom who is content- and pedagogy-sound."

Wright started out as a secondary social studies teacher.

A new job as a Washington, D.C., elementary school principal in 2007 jump-started what has become his ongoing interest in how children -- particularly elementary children -- learn to read and do math and acquire social and emotional skills.

"We have a crisis in our country of kids sitting in classrooms way above third grade but who still have gaps in decoding and phonemic awareness and fluency," he said. "We haven't done anything to address those things and the kids just go from grade to grade to grade, and we get what we have."

Wright, who had punctuated his earlier conversation with laughter, turned serious on the literacy issue.

"My thought is if we really want to transform student achievement, we cannot ignore the literacy crisis," he said. "We have got to fix and close gaps as early as we can -- when kids enter school and then for kids who have already progressed through some of the grades, we have got to have the right interventions in place to deal ... with the gaps that were never addressed. It means that you may have to sacrifice and not do other things."

He said he puts a strong focus on pre-kindergarten, kindergarten, first and second grades rather than on the grades in which students are administered state-required tests. That focus on the early grades can pay off by the time children reach third grade.

"Especially for kids who are affected by poverty, a student's social and emotional competence is more of a predictor of how well they will do later in school than some of the academic interventions that we tend to focus on."

Those social, emotional skills include a child's ability to regulate their emotions, knowing how to make friends, how to engage in conversation, and how to relate to adults.

"Kids who master those things do well in school," he said.

Prior to his work in the Mississippi, Wright worked from 2017-19 as the chief academic and accountability officer in the 23,000-student Birmingham, Ala., schools, where he led efforts to reduce the the number of F-graded schools from 22 to six and otherwise raised the district's accountability grade from an F to a C in two school years, according to his resume.

He spent 10 years as a principal and classroom teacher in Jacksonville, Fla., first as a teacher at the Potters House Christian Academy and then as principal in the Duval County Public Schools.

Print Headline: Board, resources a plus for Mississippi educator