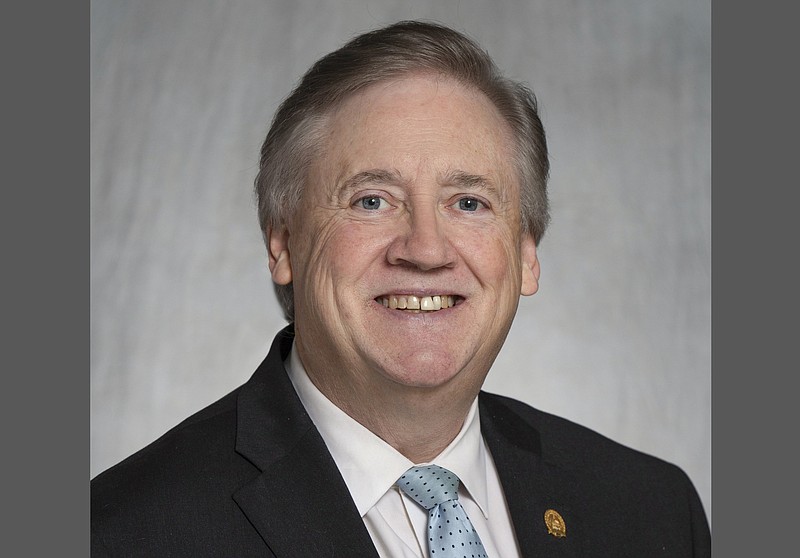 State Rep. Mark Lowery, R-Maumelle, said Monday his campaign finance report for March for his state treasurer's campaign wasn't posted on the secretary of state's website until Monday because there was a glitch in the secretary of state's system that didn't allow him to file a final report for March, though the contributions and expenses for last month were entered into the system.

Friday was the deadline for state candidates to file campaign finance reports for March with the secretary of state's office.

Lowery said in a written statement that "The ability to file a March report was put to the wrong race -- the ended Secretary of State race."

In late January, Lowery halted his bid for secretary of state to run for state treasurer.

Jaqueline Cowan of the secretary of state's office said in an email Monday to Lowery that "We asked the vendor for a list of accounts who needed a March report, your name was on the list.

Kevin Niehaus, director of government affairs for the secretary of state's office, confirmed the glitch in an email Monday. The office has taken steps to procure a new computerized system, which Niehaus said would hopefully rectify those glitches.

A complaint submitted to the Arkansas Ethics Commission earlier this month alleges that Lowery failed to meet reporting deadlines in the past few years.

A March campaign finance report for Democratic gubernatorial candidate Anthony Bland Sr. of Little Rock also was posted Monday on the secretary of state's website. In an email, Bland said he filed Monday because he did not have the ability to file it Friday.

"It was not available for me to file on the 15th of April. I only had the option to file for May 15," he said.

Bland is one of five Democratic candidates for governor.

A March report for Republican lieutenant governor candidate Chris Bequette of Little Rock was posted Sunday on the secretary of state's website.

Bequette's campaign said in an email Monday there was a technical difficulty with the website that prevented filing and that filing information had been entered prior to April 15. The problem was resolved and the information was successfully filed, the campaign said.

Bequette is one of six Republican candidates for lieutenant governor.

A report for Republican gubernatorial candidate Doc Washburn was not available on the secretary of state's website as of Monday evening. Washburn's campaign manager, Donnie Copeland, said in an email Sunday that the reporting system accepted Washburn's report but didn't list it as filed. Copeland said the person who filed the report accidentally put April 3 instead of March 31 as the ending balance date which "seems to be why the system didn't like it."

Washburn, of Little Rock, is vying with Sarah Huckabee Sanders for the GOP nomination for governor. Washburn is a podcaster; Sanders, of Little Rock, is a former White House press secretary for President Donald Trump and the daughter of former Republican Gov. Mike Huckabee.