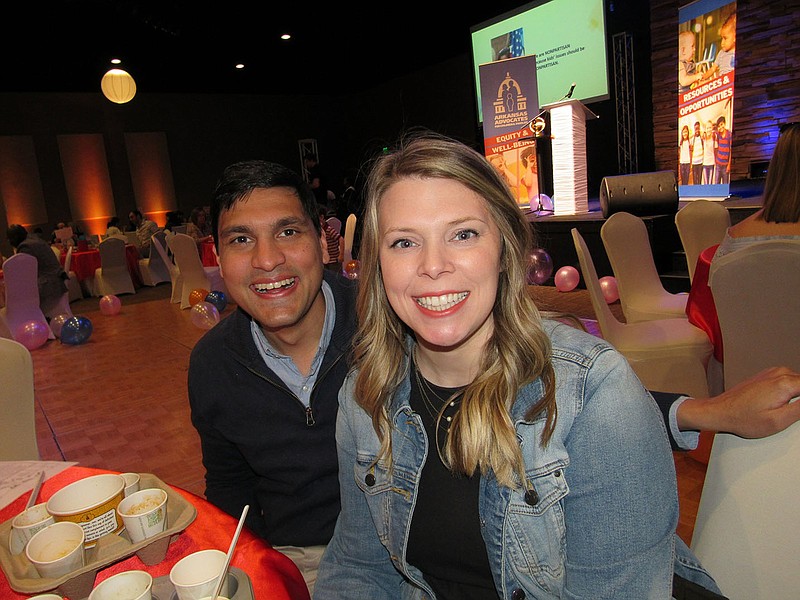 Soup Sunday ladled up bowls full of support for the Arkansas Advocates for Children and Families on April 10 at the Venue at Westwind in North Little Rock.

The event, live for the first time in two years, raised more than $102,000 for the organization that provides education and advocacy to benefit children and families throughout our state.

Many guests arrived bearing their own muffin tins -- others made use of the cardboard ones provided at the door -- to help them carry samples of soups, breads and desserts from more than 20 Central Arkansas restaurants and vendors to their tables.

Each ticket holder was given tickets to use in casting votes for their favorite soup. The crowd favorite was The Root Cafe, which won the Golden Ladle award for its unique pumpkin pie soup topped with fresh whipped cream.

Ryan Davis, president of the Arkansas Advocates for Children and Family's board of directors, oversaw a limbo competition for the children in attendance. There was music and a silent auction as well as a raffle -- one attendee won half the proceeds from that contest, with the other half going to the organization.

The Northwest Arkansas Soup Sunday is set for 4-6:30 p.m. today at the Rogers Convention Center in Rogers.

-- Story and photos by Kimberly Dishongh