‘The Elephants and the Grass’ 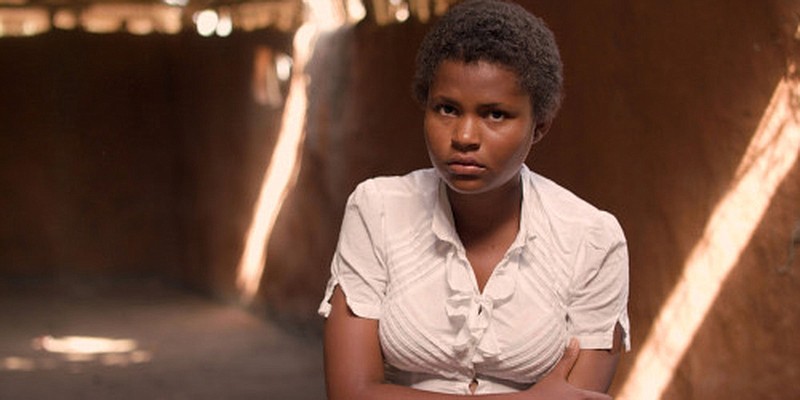 Refugee Shamira Muhammad traveled hundreds of miles and faced sexual abuse and attempts on her life before escaping South Sudan. Directors Brandon Gulish and Beau Rosario tell her story in “The Elephants and the Grass.”

A harrowing documentary that serves both as a story of personal survival and an extended history lesson about the world's newest independent country, South Sudan. "The Elephants and the Grass" capably manages to compress the decades of civil war, upheaval, and petty politics that have roiled the region since the '50s under the joint rule of Egypt and Britain, before becoming sovereign in July 2011, into a nightmarish vision of the systemic failures of its would-be leaders amid a backdrop of equal parts monstrous cruelty and breathtaking courage.

Culled by Brandon Gulish and Beau Rosario, over the course of several years (as the film begins, the country is 960 days from a so-called "unity government" forged between rival factions from different tribes, and led by, respectively Salva Kiir, the President (a Dinka), and Riek Machar, the Vice President (a Nuer), the film swings from macro -- the region's long, bloody history of fighting for independence from its oppressive northern compatriots -- to the micro -- a mother, Yasmin, and her daughter, Shamira, who traveled by foot from the violent, war-torn chaos of their home village in South Sudan, down through the bush to the relative safety of a Ugandan refugee camp. Along the way, the film makes a strong separation between the arrogant, enormously rich and powerful political leaders (Kiir and Machar are both shown to be hoarding vast amounts of the country's considerable wealth for themselves and their cronies, while doing next to nothing to help build out the new country's infrastructure and government systems), and the impoverished citizens, who improbably continue to soldier on, hoping for a better tomorrow for subsequent generations.

The film is careful to suggest guarded hope -- one activist suggests such dissolution and violence is pretty much in keeping with a newly hatched government, and is part of the regular process of a country finding its own balance -- but doesn't shy away from the horror of the region's continued suffering. Shamira and Yasmin's ordeal, foreshadowed in the opening scene re-enactment, is almost unbearably horrible (they escape a cannibal in the bush, only to run into a caravan of craven soldiers along the road). In one scene, shot at the Rhino Camp, a counselor asks the residents how many of them had endured more than one occasion where they were certain they were going to die, and all of their hands shoot up in unison (it is in this setting when Yasmin finally details her unbelievably heinous ordeal, as a pitch for the efficacy of trauma counseling). Yet, in that same encampment, we also see joyous singing and dancing from these same stricken residents (including Yasmin, herself, whose beaming smile speaks to the power of self-healing).

The film works along both lines, simultaneously suggesting there is hope, while also depicting the very real horrors that remain. The contrast continues from several of the film's subjects, such that we have the voice of another Rhino resident, Simon Peter, who, despite vowing otherwise, does ultimately make his way back down to his native land, along with his family, on the eve of what he believes will be a successful unified government; while also hearing the gentle but firm voice of activist Peter Bier Ajak, a scholar, whose sobering views of the existing leaders (he suggests both Kiir and Machar should step down and allow for free elections for the new government), eventually gets him sent to a brutal prison in Juba, and, upon his release, leaves him fearing for his life from Kiir's assassin squads.

In short, we get a sense of the country in microcosm, along with a sense of the tremendous waste and loss of life (an estimated 400,000 deaths over the last decade), the idea that the South Sudanese people will still somehow be able to continue to persevere, as they've done for hundreds of years already. If, as one counselor suggests, the entire country, including its leaders, are trauma-stricken from the years and years of bloody violence, perhaps it will take a generation or two before real building can begin. The film's title comes from an old proverb about the nature of endless war -- when elephants fight, the grass suffers -- the hope is eventually a new field can begin to grow without being crushed back into the earth.

Print Headline: ‘The Elephants and the Grass’