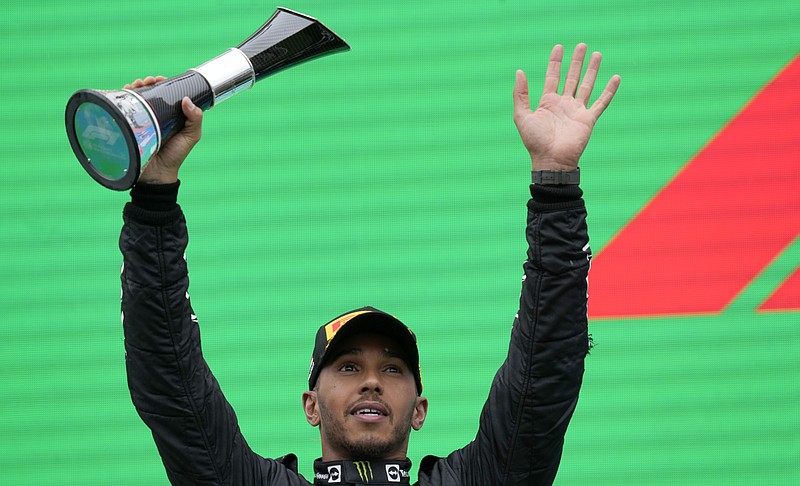 Second placed Mercedes driver Lewis Hamilton of Britain celebrates on the podium after the Hungarian Formula One Grand Prix at the Hungaroring racetrack in Mogyorod, near Budapest, Hungary, Sunday, July 31, 2022. (AP Photo/Darko Bandic)

Hamilton, 37, who drives for the Mercedes team and whose 103 career victories are the most in F1 history, is the third limited partner brought aboard by the Walton-Penner ownership group headed by Walton, his daughter, Carrie Walton Penner, and her husband, Greg Penner.

"Excited to join an incredible group of owners and become a part of the Broncos story!!" Hamilton tweeted. "Honored to work with a world class team and serve as an example of the value of more diverse leadership across all sports."

Commissioner Roger Goodell has made minority ownership a point of emphasis in the league. Hamilton is Black, as are the new ownership group's two other limited partners, Starbucks board chair Mellody Hobson and former U.S. Secretary of State Condoleezza Rice.

The Walton-Penner group won the bidding for the Broncos with a $4.65 billion offer. the highest price paid for any sports franchise in the world. NFL owners are meeting in Minneapolis next week to approve the sale. Once that happens, Walton, who has an estimated net worth of $60 billion, will become the league's richest owner.

"We're delighted to welcome seven-time Formula One World Champion Sir Lewis Hamilton to our ownership group," Walton said in a statement. "He is a champion competitor who knows what it takes to lead a winning team and a fierce advocate for global equality, including in his own sport.

"With over 100 race wins, Lewis is considered the most successful F1 driver of all time," Walton added. "His resilient spirit and standard of excellence will be an asset to the ownership group and the Broncos organization."

Broncos quarterback Russell Wilson saluted his friend Hamilton on Twitter before Tuesday's practice. Wilson and his wife, Ciara, were guests of Hamilton's race team at the Monaco Grand Prix this year.

The Pat Bowlen Trust has run the franchise for several years and the trustees put the club up for sale after the children of late owner Pat Bowlen couldn't agree on which one of them would succeed their father.

The trustees wanted Brittany Bowlen, 32, to take over. She stepped down from her job as the team's vice president of strategy following the Walton-Penner ownership group's winning bid. 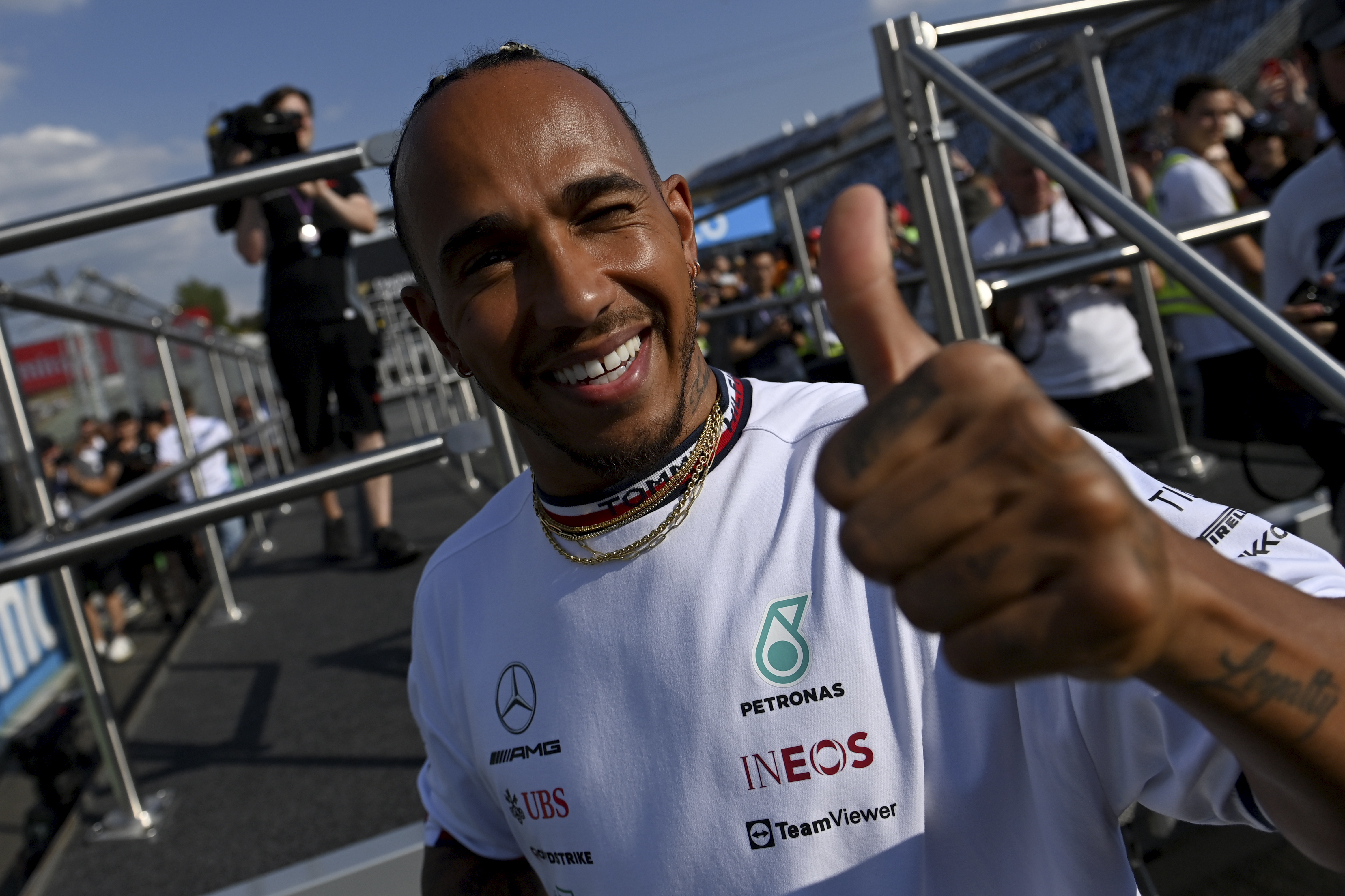 Mercedes driver Lewis Hamilton of Britain greets supporters at the Hungaroring racetrack in Mogyorod, near Budapest, Hungary, Thursday, July 28, 2022. The Hungarian Formula One Grand Prix will be held on Sunday. (AP Photo/Anna Szilagyi)