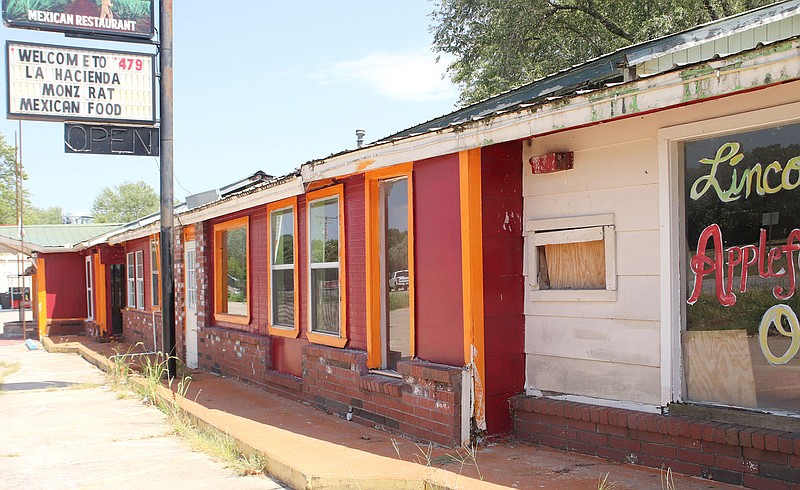 LINCOLN -- The city plans to condemn and raze a building that most recently housed a restaurant but started as an apple shed many years ago.

Mayor Doug Hutchens asked for the council's support to condemn and raze the building. He said the structure has a tenant who has been trying to renovate to open up a restaurant. However, a mold inspection came back with results that part of the walls and the ceiling would have to be replaced, he said.

"It's suggested no one goes into the building without a mask," Hutchens told council members.

"It should have been condemned 20 years ago," council member Johnny Stowers said, in agreeing with Hutchens' request.

The building is owned by La Finca LLC, according to Washington County property records. Records show the property first was owned by Bryan and Ruth Reed in 1977. It was sold to Vincente and Veronica Perea in 2004 and sold to La Finca LLC in 2005.

According to archives of the Washington County Enterprise-Leader newspaper, the building last was used as a Mexican restaurant called La Hacienda Monzerat. The Lincoln Chamber of Commerce sponsored a ribbon cutting for the restaurant in September 2018.

Zega said he would get the title work finished for the property and then return to the council for further action.

City business manager Rhonda Hulse said the city will have to contract with a business for an asbestos survey. If the building has asbestos, that will have to be abated, she said.

"It's an expensive proposition," Hutchens said, noting the city still has a lien to recoup costs on its condemnation and demolition proceedings against the former Townhouse Apartments on North Carter Street.

Zega said the total expenses for razing the apartment building were $48,000. With costs going up, he estimated it could cost around the same amount for condemning and razing the building on Pridemore Drive.