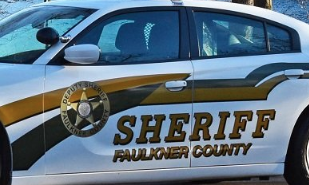 A man has been arrested after a girl was killed in an apartment shooting on Friday, according to authorities.

Zaveon Griffin, 22, was arrested in relation to the shooting at Grassy Lake Apartments in Mayflower, a Sunday news release from Faulkner County sheriff’s office states.

Griffin faces charges that include one count of capital murder, two counts of conspiracy, and one count each of theft by receiving and possession of firearm by certain persons, according to the release.

Authorities said he is being held at the Faulkner County jail.

The release states that deputies were dispatched to the apartments on Friday and found a girl suffering from a gunshot wound in the head.

According to the release, authorities were notified Saturday that she died.

The girl’s name was not immediately released.