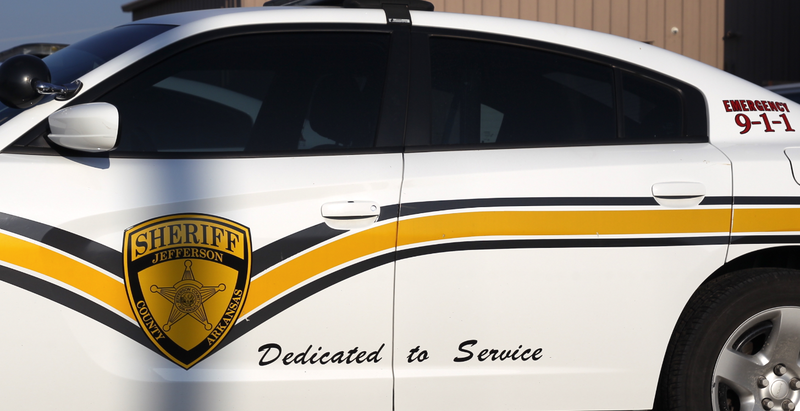 A Jefferson County sheriff's office vehicle is shown in this August 2019 photo.

Police are investigating the death of an Arkansas County judge and attorney as an accidental drowning, according to a Jefferson County sheriff's office news release sent Sunday.

The body of Northern District Judge Jeremiah T. Bueker, 48, of Stuttgart, was recovered from a lake in Jefferson County Sunday morning, authorities said.

Bueker was the lead attorney at his own law firm in Stuttgart, Bueker Law Firm. According to a biography on his practice's website, Bueker had over 20 years of experience in the field and was fully licensed before all courts in the state of Arkansas.

Stuttgart Mayor Norma Strabala said in a Facebook post that she and the community are "shocked" and "heartbroken" about the death of Bueker.

"Jeremy was an important and special person in this community, serving as a good friend, fierce attorney, and as Arkansas County Northern District Court Judge for nearly a decade," she says in the post.

Eric Mahfouz, a city official who spoke for the mayor, said "Jeremy defeated incumbent J.W. Green in 2012 and has served as Arkansas County Northern District Judge since inauguration."

"He was an avid outdoors man, a lifelong Ricebird and booster, and a very proud father," he said.

"His family had a weekend at a cabin on the family's property," McClain said. "They were riding side-by-sides [UTVs] and returned back to the cabin. It appears he decided to go swimming after maybe being dusty and he went missing. No one was with him, he was alone."

The family said Bueker was an avid swimmer so it wouldn't be uncommon for him to jump in the lake for a quick swim, according to McClain. He said the family searched for a couple of hours on their own before authorities were dispatched.

The release says Bueker was last seen near Mud Lake, which channels into the Arkansas River just north of Acorn Drive in Reydell.

The team searched until 2:30 a.m. due to low visibility, McClain said. The search started again around 8 a.m.

Deputies and wildlife officers resumed the search for the judge with boats that were equipped with side-scan sonar, the release says. The sonar offer a "bird's eye view of the water," said Sheriff Lafayette Woods Jr. in the release.

McClain said Bueker was found not too far away from the dock on the family's property.

"I truly pray that the successful recovery of Judge Bueker's body by our deputies and Arkansas Game and Fish Wildlife officers brings some sense of closure to the Bueker Family and those who knew him best," Woods said in the release. "The scour of emotions they must feel right now is devastating."