These Arkansas dogs ate weird stuff, possibly even weirder than the stuff your dog has eaten 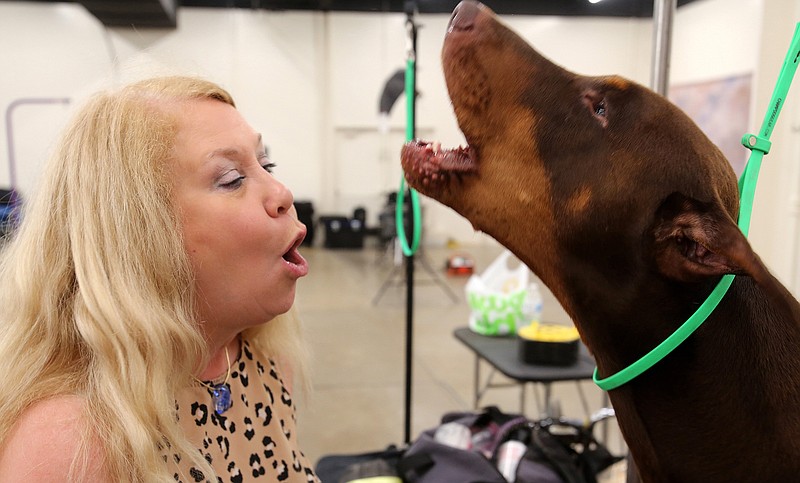 "Sick as a dog," we say when we're feeling poorly after eating something that's "off." But when dogs eat something weird, they're often unfazed.

And they'll try anything.

Former Arkansan Ginger Rush's friend's dog "ate a foam hair roller once, also a jar of Vaseline and a number of ChapSticks."

Sprite and Wonder of Kristin Netterstrom Higgins' household in Bryant ate house siding and little plastic soldiers. A dog from her childhood "ate my mom's dentures. And half our couch."

A dog owned by Linda Finley of Bryan ate almost the trio of a game: "Rocks. Paper towels. Foil."

Larry Long's grandpuppy Buster swiped a cooling pumpkin pie from his Searcy kitchen counter one Thanksgiving. Like any doting grand, Long took the blame for not supervising better.

Angela Sanchez's registered Sheltie Calamity Jane ate "shampoo and soap. It did not go well." And Max ate the "jaunty kerchief" he wore home from the groomer. As with the many dogs who've eaten socks, it eventually reappeared.

Jet, Katherine Trauger's black Lab in Fountain Hill, ate a full diaper and an entire bush, and came home gnawing "a horn off a dead bull. That gave him death breath."

And Democrat-Gazette Food Editor Kelly Brant's dogs have had curious mouths. The weirdest noshes by Ludwig, Tess and Pip (German shepherds) and Aki (an enormous Alaskan Malamute): "Wheels off a lawnmower (3/4). The insulation wrapped around an air duct in our laundry room. [Tess and Pip] did that twice. Same duct." Plastic handles from scissors; unidentified rubber and plastic objects; many thin socks. Aki swiped countless sticks of unsupervised butter.

What weird things has your dog eaten?

Tell us by emailing cstorey@adgnewsroom.com