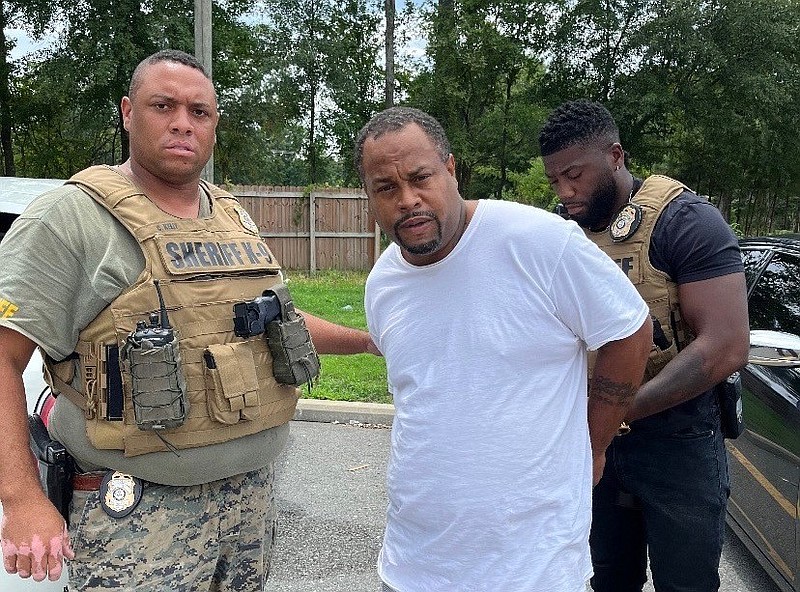 Police have arrested a second suspect in the July 26 residential arson at Pine Bluff that led to the discovery of a homicide victim.

Sheriff’s officials received a call from the store, and Sgt. Courtney Kelly, along with investigators Joseph O’Neal and Morgan Carter, went out to arrest Dixson, Woods said.

The suspect had yet to be booked into the W.C. "Dub" Brassell Detention Center as of Wednesday afternoon, as he was being read his rights and meeting with investigators, Woods said.

Another suspect in the case surrendered to police on Aug. 3. Kevin McKinney, 42, of Pine Bluff faces charges including capital murder, arson, abuse of a corpse, possession of a firearm by a certain person, possession of marijuana and two failure to appear counts. As of Wednesday afternoon, he was being held in the Jefferson County jail without bail after District Judge Kim Bridgforth on Aug. 5 found probable cause to hold him.

Dixson was wanted on charges of capital murder, arson, abuse of corpse and possession of a firearm by a certain person, according to Pine Bluff police. His initial court hearing could be held as early as Thursday.

McKinney is due back in court on Aug. 29.

A capital murder conviction in Arkansas carries a sentence of life in prison without parole, or death.

The person found dead in the burned home was identified as Nicky Woodfork, whose age was not given. His body was found on July 26 as firefighters quenched the blaze at 2307 W. 11th Ave., but he was not publicly identified until the reading of the police affidavit during McKinney’s initial hearing, according to authorities.

The state Crime Laboratory has concluded that Woodfork had died of multiple gunshot wounds before the arson.

Woods said his office and Pine Bluff police work hand-in-hand to catch suspects of murders that occur within city limits.

“Pine Bluff city limit crime is Jefferson County crime,” Woods said. “We get a lot of phone calls from people who want to stay anonymous, and all we care about is the information. We don’t necessarily have to get the caller’s identity. We’re grateful [Dixson] is off the streets.”