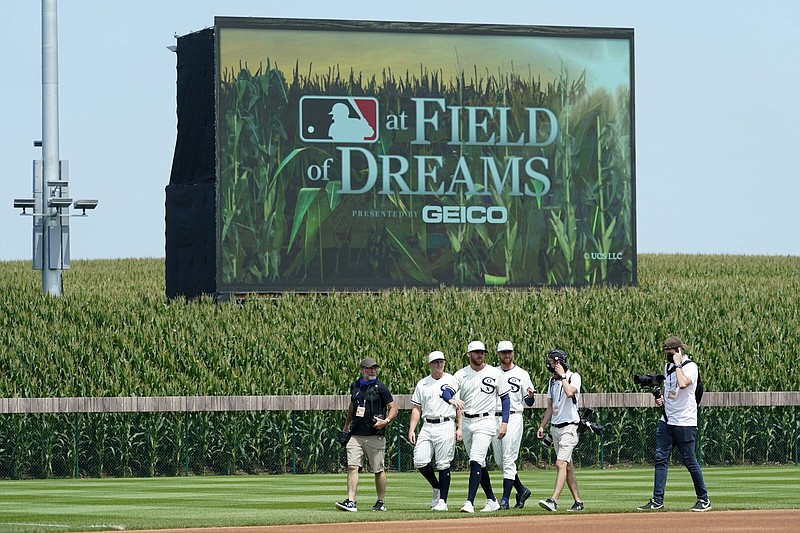 Chicago White Sox players walk on the field before their game against the New York Yankees on Aug. 12, 2021, in Dyersville, Iowa. Today, the Chicago Cubs and Cincinnati Reds will play in the same temporary stadium in the middle of a cornfield at the Field of Dreams movie site, which will be the second Major League Baseball game held in Iowa. (AP/Charlie Neibergall)

DYERSVILLE, Iowa -- David Bell's grandfather, father and brother played in the majors. Bell spent 12 years in the big leagues himself and worked as a coach and front office executive before taking over as manager of the Cincinnati Reds.

So yeah, " Field of Dreams," a movie about family and baseball, hits a little differently for him.

"Baseball's a big part of our life," Bell said, "and I thought that the movie did a great job of kind of just telling the story of how important baseball can be to families and just to people in general."

"Field of Dreams" gets another tribute tonight when Bell's Reds take on the Chicago Cubs in a throwback ballpark in the cornfields of eastern Iowa, a short walk from the field where Kevin Costner, James Earl Jones, Ray Liotta and Amy Madigan filmed the 1989 movie.

Under a light blue sky with a few dashes of clouds, workers put the final touches on the major league park on a warm Wednesday afternoon. A couple of youth teams played on the field from the movie as Cubs and Reds fans wandered around the grounds.

The game comes 2 1/2 months after Liotta, who played the ghost of Shoeless Joe Jackson, died in May at age 67.

Each team will wear special uniforms inspired by how the franchises looked in the early 20th century, and Cincinnati first baseman Joey Votto and Chicago outfielder Ian Happ will be on two-way mics for the broadcast on FOX.

The Reds are considered the home team, and the three-game set concludes with games in Cincinnati on Saturday and Sunday.

"Just really excited," Cubs outfielder Seiya Suzuki said through a translator. "It's not a field where you can play on every day."

It's the second go-round for Major League Baseball at the site in Dyersville -- population of about 4,400 -- after the New York Yankees and Chicago White Sox put on a show last year in the first MLB game in Iowa.

After Aaron Judge and Giancarlo Stanton rallied New York to the lead in the top of the ninth inning, Tim Anderson lifted Chicago to a 9-8 victory with a dramatic two-run home run, sending the energetic shortstop on a memorable trip around the bases as fireworks exploded through the night sky.

"It looked amazing. It looked packed," Reds second baseman Jonathan India said. "It's in the middle of nowhere, which is kind of crazy, to have a game like that. We're going to go out there and enjoy it."

Just like Jones' wise author Terence Mann says to Costner's Ray Kinsella in the film, people most definitely will come.

The makeshift ballpark seats only about 8,000 fans, less than the spring training homes for each team. The Cubs have strong ties to the Hawkeye State, going back to the franchise's time on WGN-TV and continuing to today with its Triple-A club a couple of hours away in Des Moines.

"There's moments in the season where you get something different that's exciting, and making sure you appreciate that I think is the main thing for me," Cubs Manager David Ross said.

Little Rock native and former University of Arkansas pitcher Drew Smyly (4-6) will get the start for the Cubs while the Reds will counter with Nick Lodolo (3-3).

While people will come, will they watch at home? That could go a long way toward determining if the "Field of Dreams" site becomes an annual date on the major league calendar or maybe just an occasional one.

But the lowly Cubs and rebuilding Reds aren't exactly last year's Yankees and White Sox. The playoff hopes for the NL Central clubs evaporated a long time ago. There aren't a lot of major names around, either.

But there is nostalgia for the movie, an Academy Award nominee for best picture, and the sure-to-be picturesque landscape surrounding the game.

"It's a popular movie that resonates with a lot of people, and I'm no different," Votto said. "I'm looking forward to it." 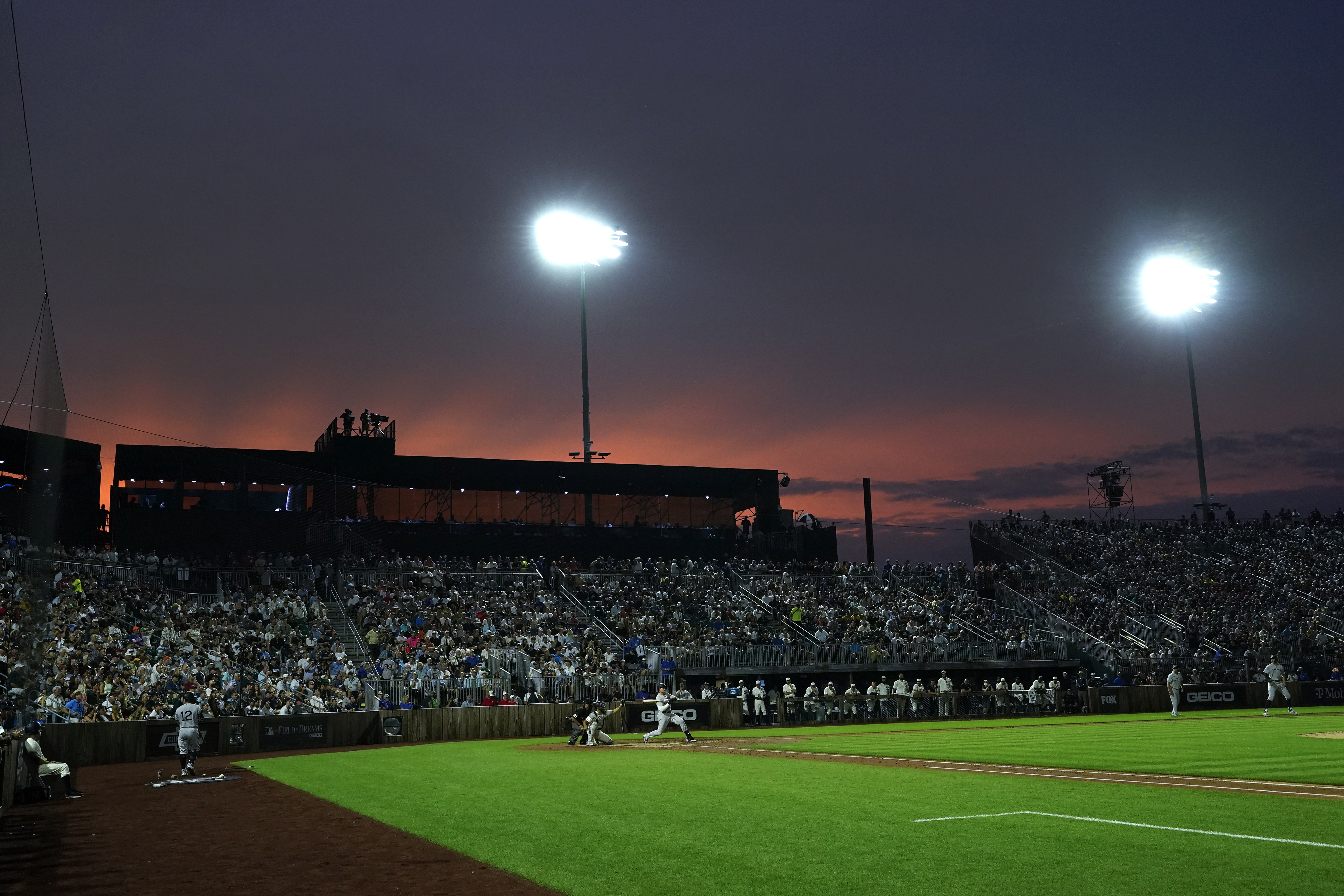 FILE - The New York Yankees play the Chicago White Sox during a baseball game in Dyersville, Iowa, Thursday, Aug. 12, 2021. Major League Baseball returns to Iowa on Thursday, Aug. 11, 2022, when the Chicago Cubs play the Cincinnati Reds in the second “Field of Dreams” game at a throwback ballpark near where the 1989 movie was filmed. (AP Photo/Charlie Neibergall, File) 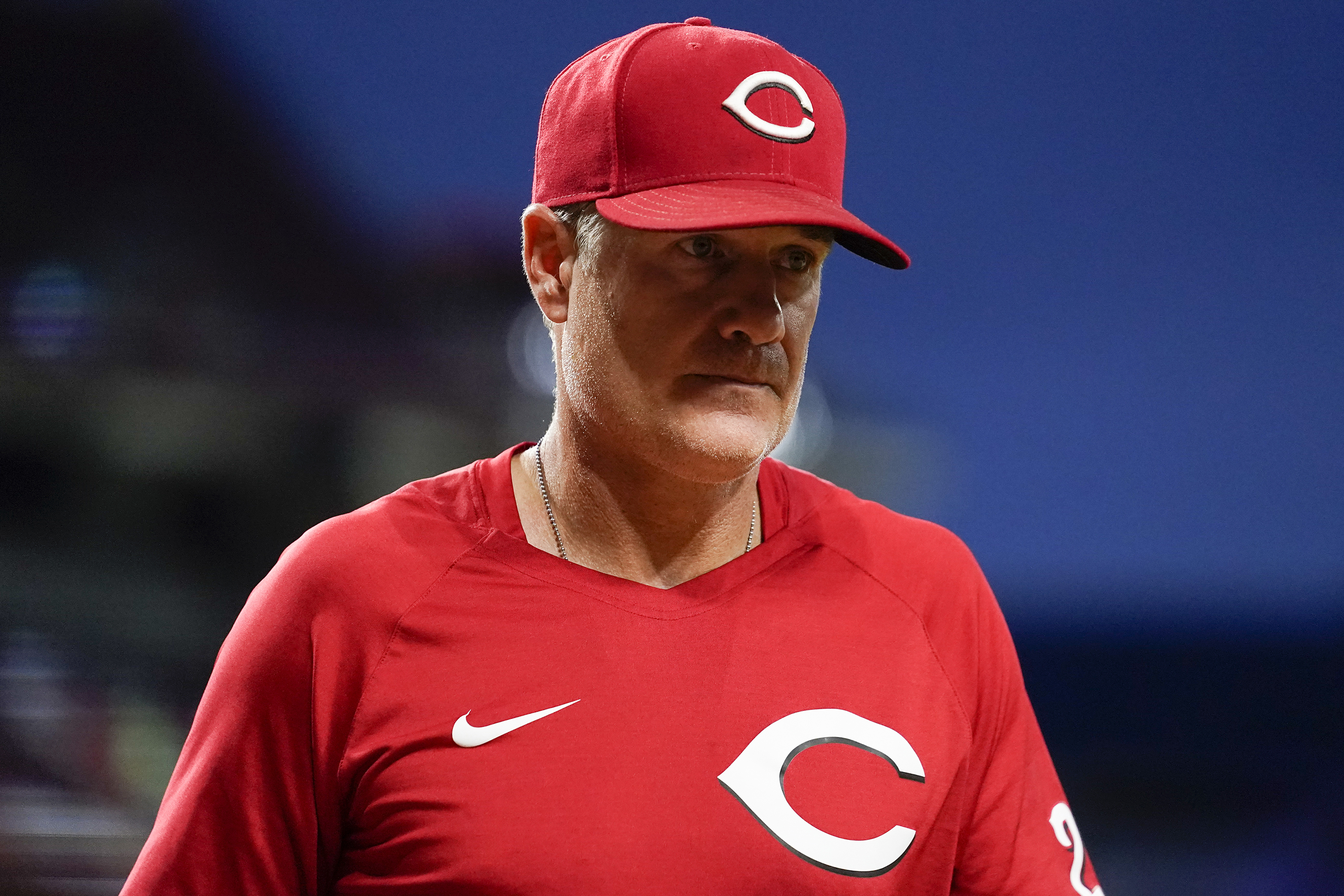 Cincinnati Reds manager David Bell walks to the dugout during the seventh inning of the second baseball game of a doubleheader against the Pittsburgh Pirates, Thursday, July 7, 2022, in Cincinnati. (AP Photo/Jeff Dean) 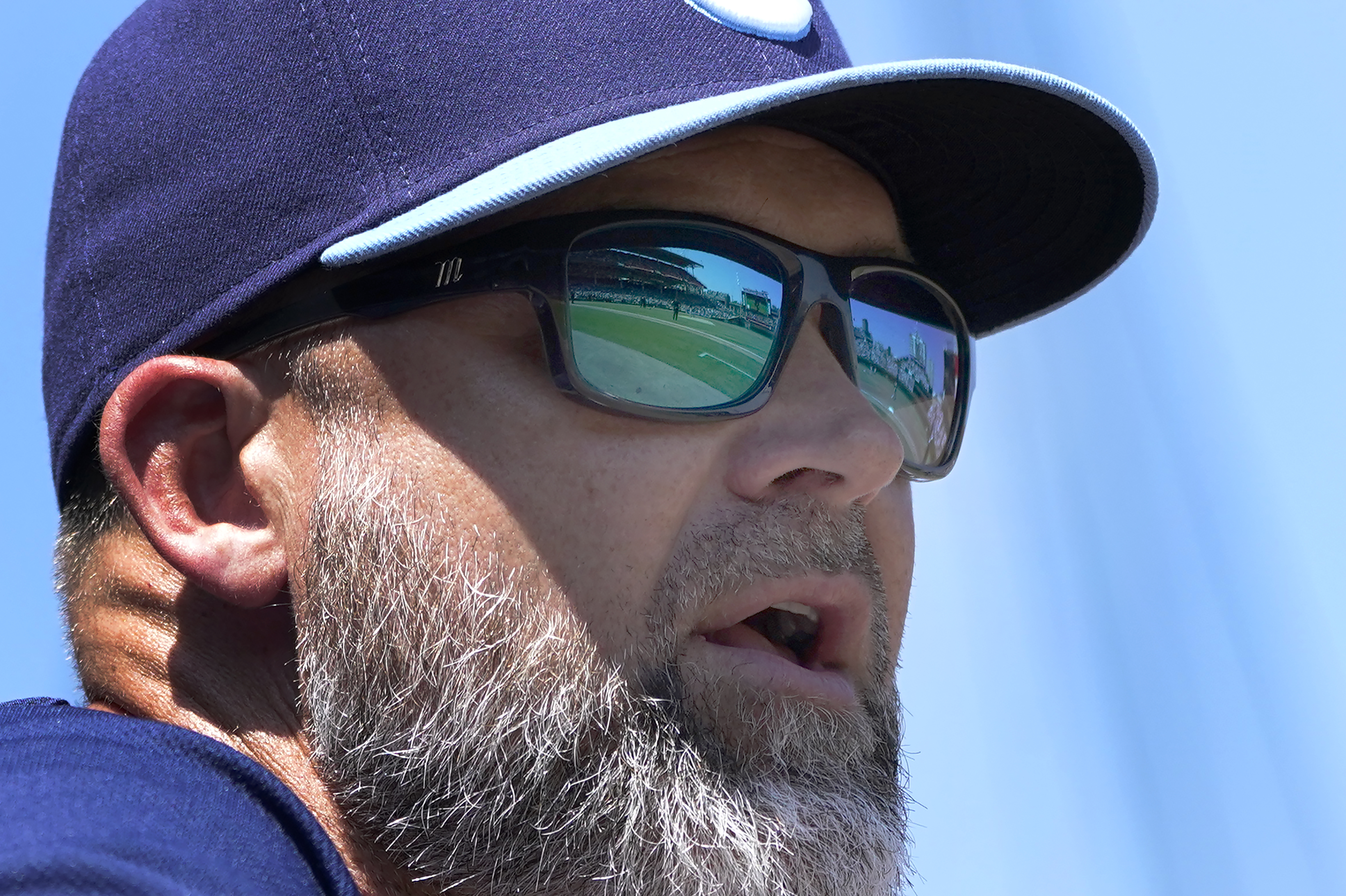 Wrigley Field is reflected in the sunglasses of Chicago Cubs manager David Ross during the first inning of a baseball game against the Miami Marlins Friday, Aug. 5, 2022, in Chicago. (AP Photo/Charles Rex Arbogast) 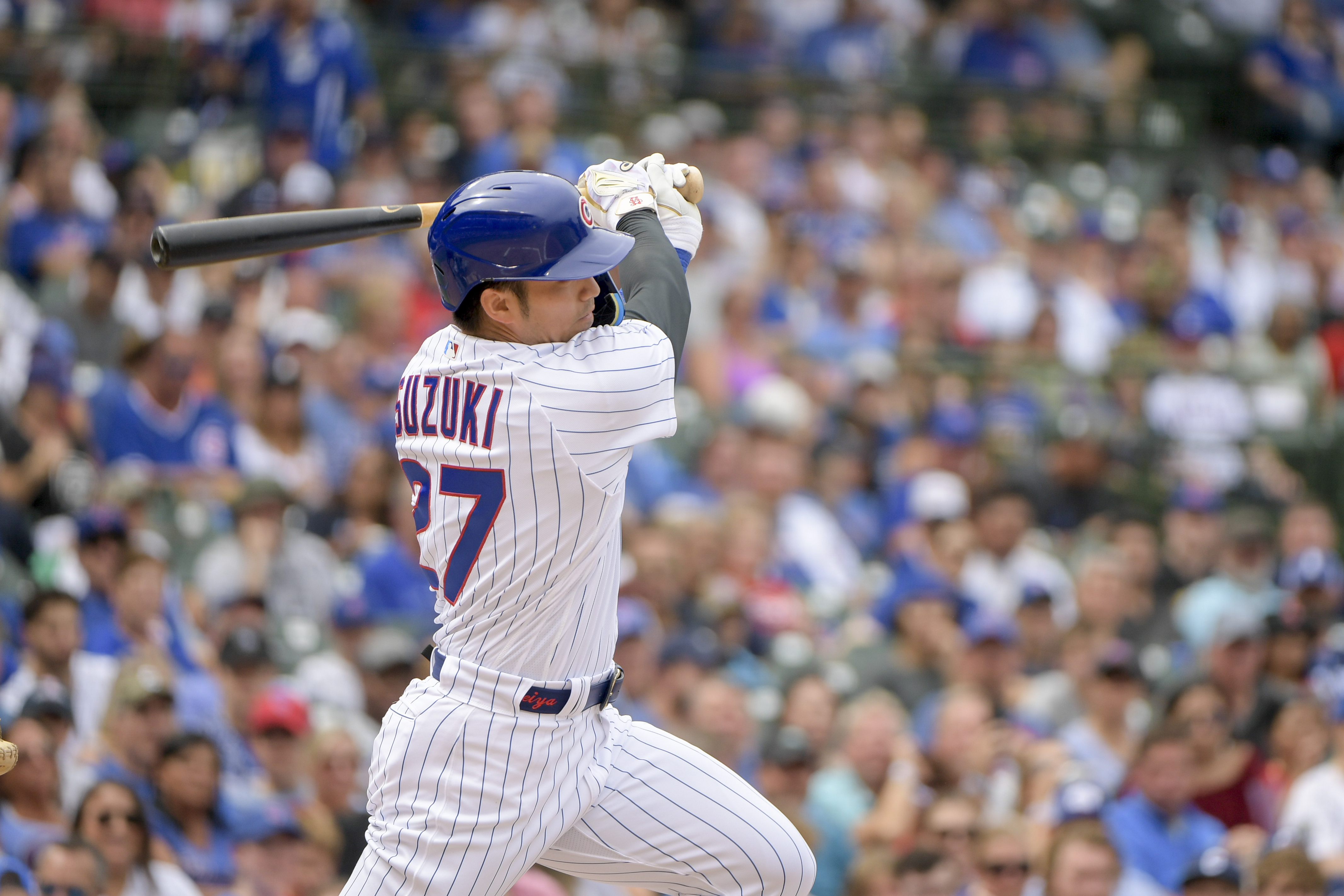 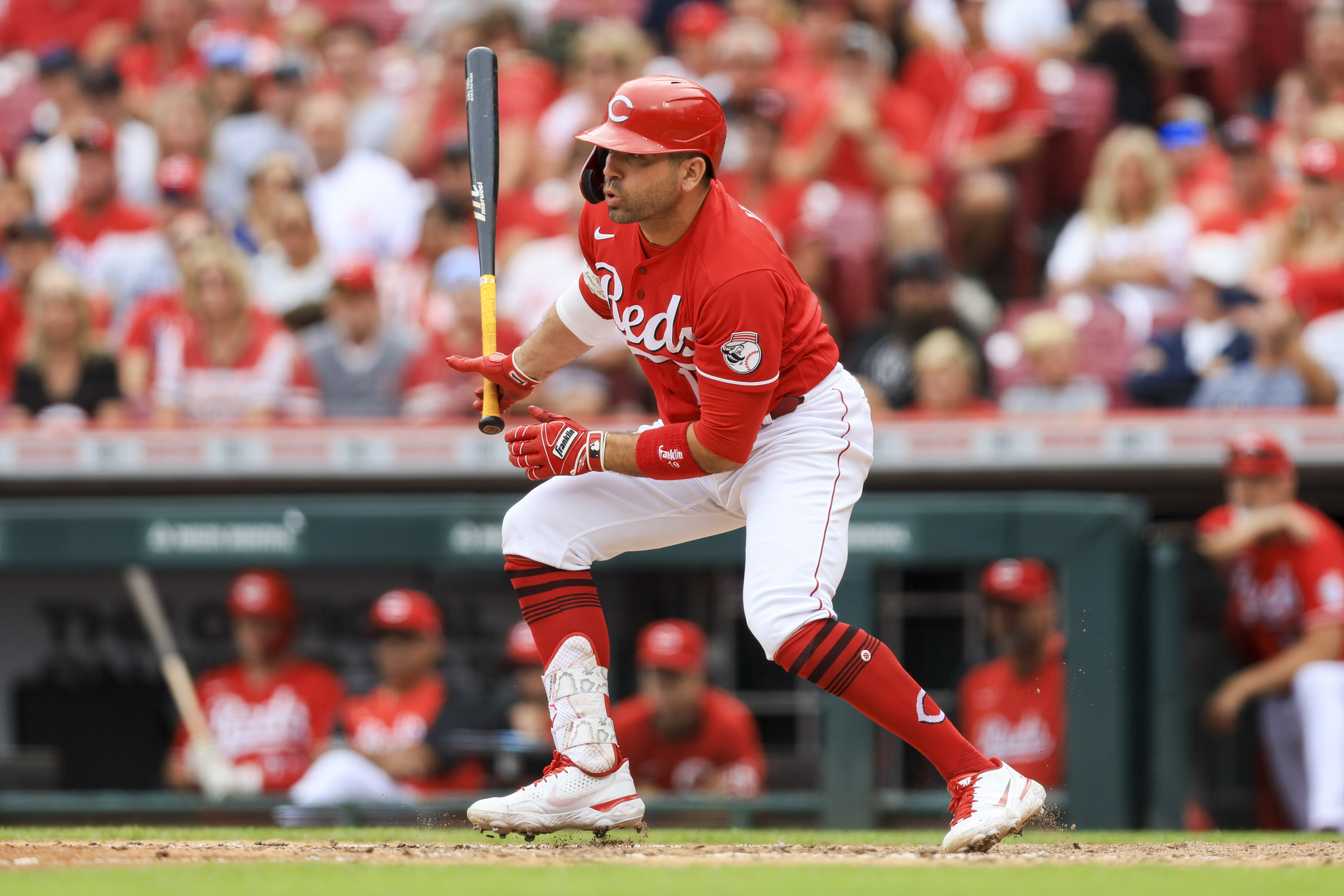 Cincinnati Reds' Joey Votto watches his RBI-single during the sixth inning of a baseball game against the Baltimore Orioles in Cincinnati, Sunday, July 31, 2022. (AP Photo/Aaron Doster)