TELEVISON: 8 miniseries to squeeze in before summer’s end 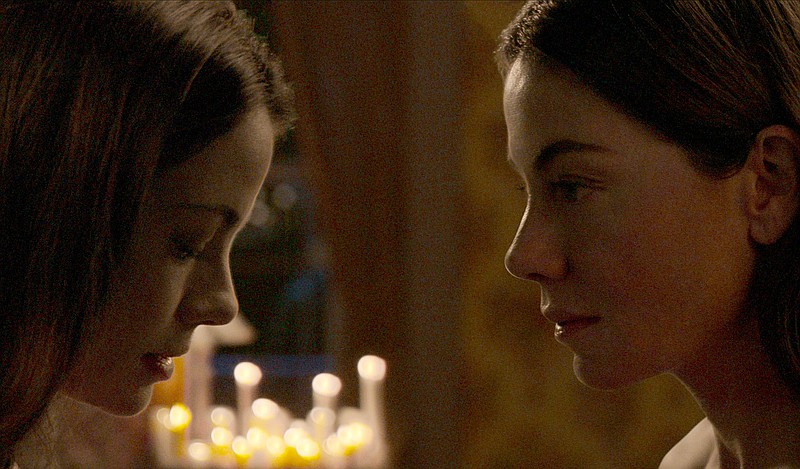 We've reached the last broody stretch of summer, which feels like the perfect time to stay in and watch an absorbing miniseries. This year has brought many options: Whether you gravitate toward twisty seven-episode thrillers or a taut five-part drama, there should be something for you on this list.

Taron Egerton plays Jimmy Keene, a man who is given the opportunity to shorten his 10-year prison sentence by becoming an undercover informant at a maximum-security prison, in this Apple TV Plus series based on the real-life Keene's 2011 memoir. Keene's target: suspected serial killer Larry Hall (Paul Walter Hauser), who had confessed to murder before walking back his admission.

Michelle Monaghan plays Gina and Leni McCleary, identical twins who have switched places throughout their lives, sharing everything including their husbands (played by Daniel Sunjata and Matt Bomer, respectively). The dangerous role reversal comes to a head when one of the twins abruptly disappears. The Netflix limited series is a paint-by-the-numbers streaming mystery — clearly designed to attract eyeballs — and the resulting artwork is as chaotic as a Jackson Pollock. As such, this isn't so much a recommendation as it is nonjudgmental permission to watch seven episodes of something sort of ridiculous (but entertaining enough) and not overthink it. (Streams on Netflix)

This five-episode series from John Ridley ("American Crime") and Carlton Cuse ("Lost") takes place in the agonizing days after Hurricane Katrina when health-care providers at Memorial Medical Center were forced to make impossible life and death decisions amid systemic biases and failures that left swaths of New Orleans without power in flooded and sweltering conditions. Based on journalist Sheri Fink's 2013 book (which is based on her Pulitzer Prize-winning reporting for ProPublica, in collaboration with the New York Times Magazine), the series is a wrenching look at an American tragedy starring Vera Farmiga ("Bates Motel"), Cherry Jones ("Transparent") and Cornelius Smith Jr. ("Scandal"). (Streams on Apple TV Plus)

Amanda Seyfried nabbed her first Emmy nomination for her captivating turn as Elizabeth Holmes, the disgraced founder of Theranos, in this Hulu miniseries about the rise and fall of the health technology company. In a March review, Kang wrote that the eight-episode series "is less interested in how Theranos serves as a symbol for Silicon Valley's toxic positivity than in the human cost of the company's fraud and the paranoia required to maintain it." (Streams on Hulu)

5. 'Under the Banner of Heaven'

Jeb Pyre (Andrew Garfield) is a detective working on a grisly double homicide that challenges everything he believed to be true while growing up in a Mormon community in FX's seven-part limited series from Dustin Lance Black. Based on the book of the same name by Jon Krakauer, "Under the Banner of Heaven" landed Garfield his first Emmy nomination this year. The actor recently told the Los Angeles Times that he sees the show's exploration of religious extremism as relevant to current political divisions. The drama's ensemble cast also features Sam Worthington ("Manhunt: Unabomber"), Daisy Edgar-Jones ("Normal People"), Gil Birmingham ("Yellowstone") and Rory Culkin ("Halston"). (Streams on Hulu)

The story of Michael Peterson, a novelist and failed politician accused of murdering his wife, Kathleen Peterson, has been told in documentary and podcast form, and was even parodied in the NBC sitcom "Trial and Error." This year, HBO Max tackled the confounding case in this fictionalized series (based on Jean-Xavier de Lestrade's docuseries about the case) starring acting heavyweights Colin Firth and Toni Collette. Kang called the first half of the eight-episode series out for poor pacing but said viewers should stick around for the latter half. (Streams on HBO Max)

Jessica Biel found her niche in thrillers about complicated women, and we are all better for it. Her latest project recounts the true-crime story of Candy Montgomery, a well-liked mother and wife who commits a heinous murder in her small-town Texas community. Melanie Lynskey ("Yellowjackets"), Pablo Schrieber ("Halo") and Raul Esparza ("Law and Order: SVU") also star in the five-episode season, which includes real-life hubby cameos from Justin Timberlake (married to Biel) and Jason Ritter (married to Lynskey). (Streams on Hulu)

8. 'The Last Days of Ptolemy Grey'

Samuel L. Jackson offers one of his finest performances in this six-episode adaptation of Walter Mosley's 2010 novel about a nonagenarian suffering from dementia. When Ptolemy's memory is temporarily restored by an experimental treatment, he investigates the death of his beloved great-nephew. Dominique Fishback ("Show Me a Hero") also has a major role as an orphaned teenager who takes on Ptolemy's care. (Streams on Apple TV Plus)