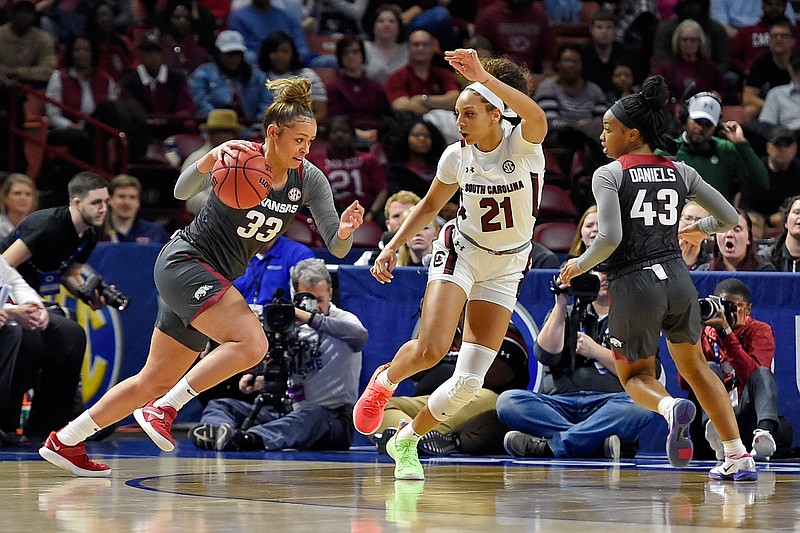 FAYETTEVILLE-- For the University of Arkansas women's basketball team to match its best start since 2016, it will take defeating a familiar face tonight.

Arkansas (8-0) returns to Walton Arena at 7 p.m. to face Troy (3-3), a team which picked by coaches to win the Sun Belt Conference. The Trojans have help on their bench by former Razorback standout Chelsea Dungee, who is in her first season as an assistant coach with the Trojans.

"They're very dangerous and they're tested," Arkansas Coach Mike Neighbors said. "[Coach Chanda Rigby] took them out to the West Coast. They've played a lot of people. I respect how she does it and I respect how she challenges her team. They will not be intimidated one bit by the size of Bud Walton. And I mean, let's not just discount the fact that every time I stand up to yell a play, Chelsea is going to be over there telling her team exactly what to do."

Neighbors' team has been a dangerous outing for opponents, too. The Razorbacks are on the heels of a trip to the U.S. Virgin Islands where they earned a clean sweep of the Paradise Jam. Arkansas (8-0) defeated Northern Arizona, Clemson and Kansas State to win the event and giving it its best start under Neighbors.

"We've won eight different games under eight different types of preparation and probably six styles of play if you really break it down," Neighbors said. "We've found ways to challenge them. When we made this schedule, when we laid it all out, I don't think any of us would have ever bet any of our paycheck that we'd be 8-0. It wasn't designed to be that, but it's the way it's worked out. And I think when the NET rankings come out later in the week, I think we'll be rewarded for it."

Following the Paradise Jam, redshirt freshman Saylor Poffenbarger was named the SEC's Freshman of the Week. In the Razorbacks' win over Kansas State, Poffenbarger scored nine points and dished out six assists while locking down one of the nation's leading scorers, Gabby Gregory, holding her to 1-of-10 shooting.

"Gabby Gregory had gotten 35 [points] the night before," Neighbors said. "She went 1 for 10 on the same shots. It was the same shots, and Saylor just defended them better. The one that she made was incredibly difficult after starting 0 for 9. And what I love about Saylor is she was p****d that she made that one."

When the AP and Coaches polls were released this week, Arkansas came the closest it has been to becoming ranked since 2021 when Dungee was on the team.

She played for Neighbors from 2018-21 and became the program's third all-time leading scorer behind Bettye Fiscus and Shameka Christon. As a senior, she was named an AP Third-Team All-American before being selected fifth overall in the 2021 WNBA Draft by the Dallas Wings.

"I'm extremely excited," Dungee said of her return. "But I have this anxious, bubbly feeling in my stomach."

Though she noted her love for Arkansas, the mission tonight for Dungee and the Trojans is to leave Fayetteville victorious.

"We're trying to come down there to get a win," Dungee said. "I'm super competitive. Our team and our staff is super competitive, and what a great opportunity. We are as prepared as we can be and we're just going to give it our best shot."

There is a particular aspect of the game Dungee said will put her in a tough spot.

"I don't even know how I'm going to react hearing the Hog call," she said with a laugh. "Like I'm going to have to hold my hands down so I don't get involved." 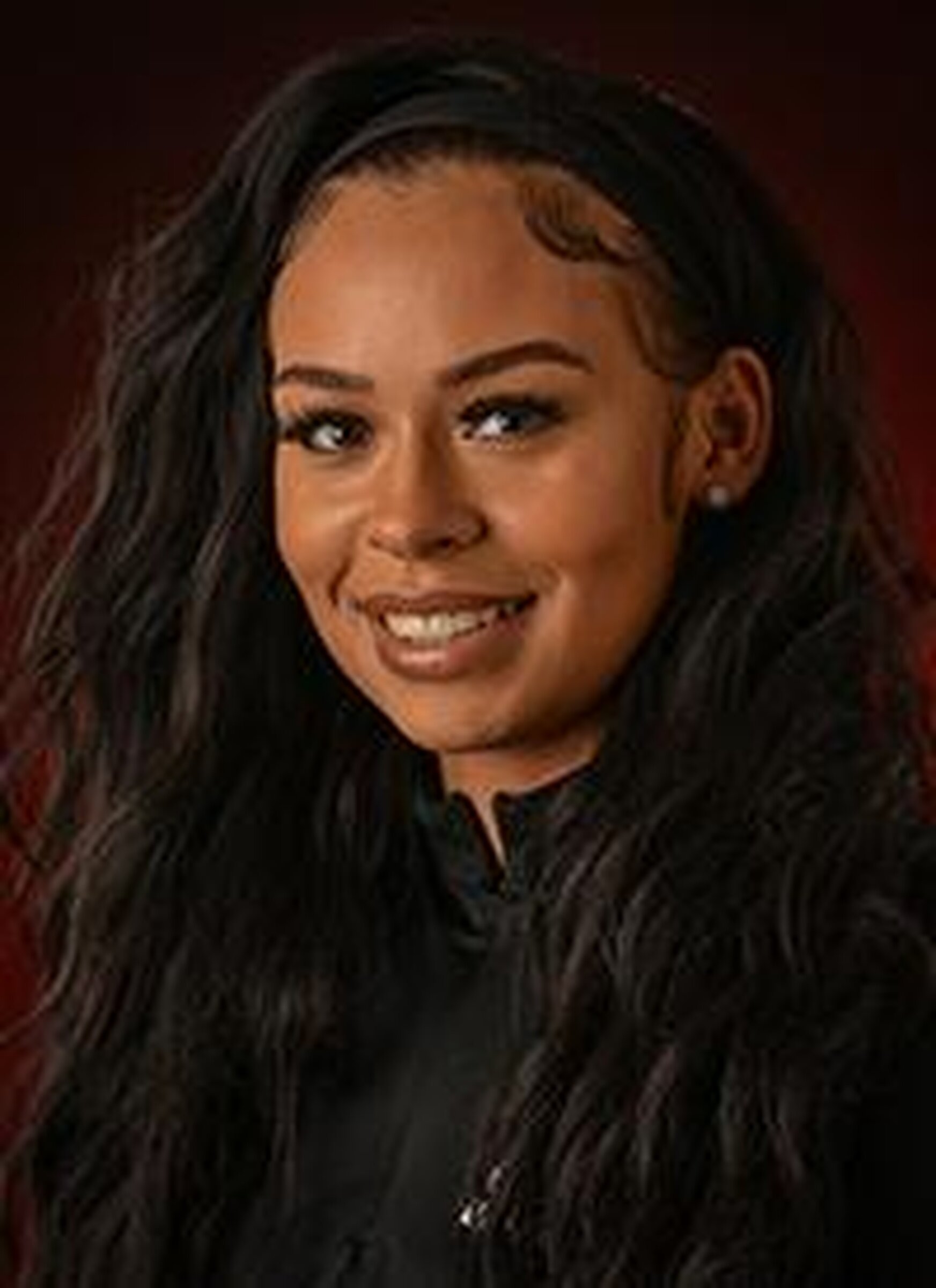