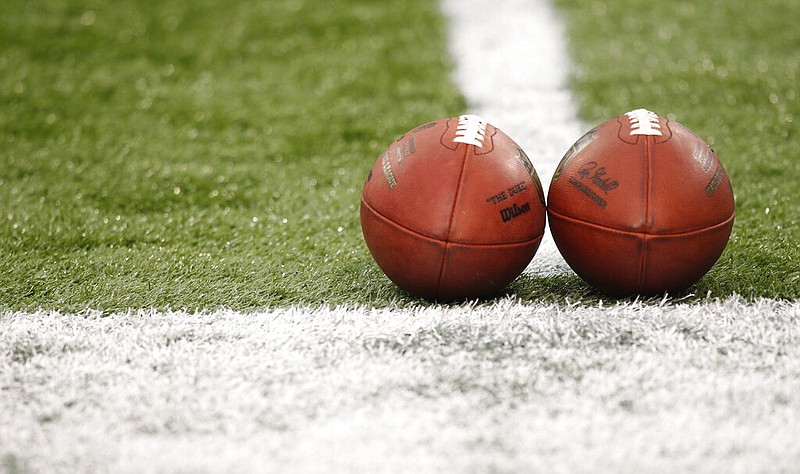 People joke that something magical is in Rison's water to keep producing a winning football legacy.

Coach Clay Totty isn't sure about that theory, but he knows Wildcat fans are big on supporting their hometown team.

Last Friday, when the Wildcats hosted the top-ranked Prescott Curley Wolves at George Walker Field of Champions, the stands and any free space around the field were packed. One loyal fan actually climbed a tree to see the game.

"I'm not sure if he fell out when we kicked or climbed down, but either way the kick got him out of the tree," Totty said. "When you are climbing trees watching us, you know you got a lot of passion behind you."

The Wildcats (10-1) beat the previously unbeaten Curley Wolves, 34-29, in the game's final 14 seconds to advance to the 3A state semifinals.

The now top-ranked Charleston Tigers (12-1) visit Rison tonight for a battle to see which team lands a spot in the 3A championship game in Little Rock on Dec. 10. The Tigers whipped the Newport Greyhounds last week, 48-6.

"Charleston is another really great team," Totty said. "They have a good quarterback who is a runner and a passer. They have multiple receivers who can catch. They have a good kickers. They have no glaring weaknesses, and they are averaging over 40 points a game. That's what you get this time of year."

The Wildcats beat Charleston 30-15 to win the 2A state championship in 2004, the last time Rison made a title game. The next year, Charleston, playing at home in a third-round game, killed Rison's 27-game winning streak with a 23-14 victory.

In 2009, also in Charleston, the Tigers took down the Wildcats 35-13. This will be Charleston's first visit to Wildcat turf where banners are posted throughout Rison, including city hall, supporting the team.

Totty said his team knows they have their work cut out for them against their old rival. But he said his team has pulled out miraculous winning plays at the last minute this entire season.

"We won four games where it was a fourth quarter touchdown or plays in less than a few minutes that we needed, and we pulled it out, so it's almost old hat to us," Totty said. "It's been a pretty incredible year especially considering the adversity we have faced."

Totty, while always craving a state championship at the start of each season, didn't know if the Wildcats would even come close to the playoffs, considering the way 2022 began.

In the spring, Totty thought he had five returning starters, but they quit. Two others later did. In June, Coach Kent Baggett, the Wildcats' defensive coordinator, died. Injuries plagued the Wildcats' starters this fall with eight of them missing at least two games.

"Some things you can only describe as the hand of God in spite of adversity," Totty said.

The eight Wildcat seniors, Totty said, have played beyond their capabilities at time while juggling dual or triple positions.

He said senior Blaine Dixon, who was initially a backup quarterback, was forced into the position after the returning starting quarterback was injured. Dixon has done an "a great job" for the Wildcats, Totty said.

"The seniors are having the best year of their high school careers," Totty said. "We are a true Cinderella story, and we are blessed to still be playing."