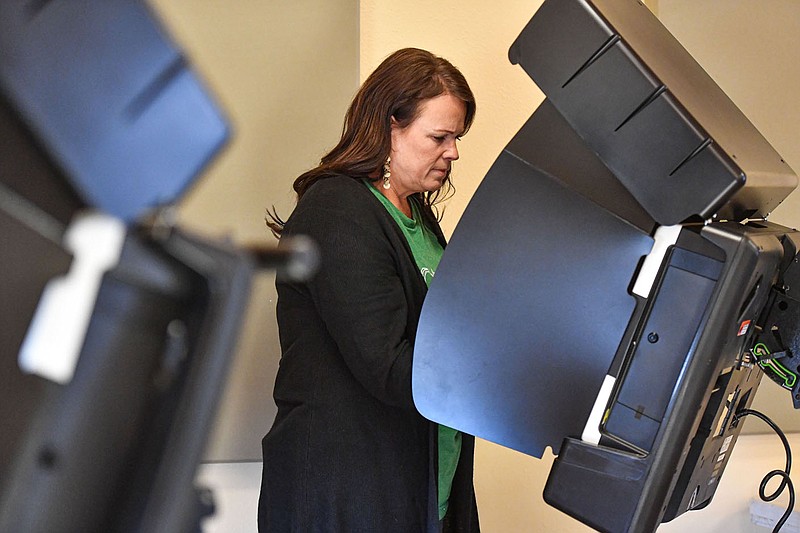 ALMA -- Voters in Crawford County's second largest city will decide Tuesday who will be their new mayor.

Edward Wakefield and Jimmy Fincher will go head-to-head for the position a second time in the general runoff election Tuesday. Early voting began last Tuesday and continued through Friday, according to the Crawford County Clerk's Office. It will resume Monday.

Wakefield and Fincher received the most votes for mayor during the general election Nov. 8. Neither got more than 50% of the total votes cast or more than 20% of the second-place finisher in the race, which was needed to win. The pair surpassed three other candidates: Gary Perry; Jerry Martin, the incumbent mayor; and Brent Gardner.

Officials results according to the Arkansas Secretary of State website were:

Martin was elected to a four-year term in 2018, according to the City Clerk/Treasurer's Office. The mayor's salary is $50,000 per year. The mayor's position in nonpartisan.

Wakefield said he works in sales for MHC Kenworth, a heavy-duty truck dealer in Van Buren. He also holds the Ward 2, Position 2 seat on the City Council and is chief of the Fire Department, according to the city's website.

He said he believes he would benefit from his past service in area organizations as mayor. This includes his 26 years on the City Council and 31 years as a Fire Department volunteer, in addition to years spent as a reserve police officer, a diver for the Crawford County Sheriff's Office's Dive Team, and a member of the Alma Advertising and Promotion Commission, Crawford County E-911 Board and Crawford County Senior Inn Board.

Wakefield said, if elected, he would focus on continuing to improve downtown to make it a more attractive destination in which families can spend time.

He said he also would work to further develop Alma's parks for residents, including a multipurpose trail system at Lake Alma Park that had a ribbon-cutting and grand opening in September, as well as the south end of the city. He described this part of Alma as an "older residential area" in need of infrastructure upgrades.

"We need to make sure that we've got things to do for the residents down there, for the families and the children, and we're working on those things right now," Wakefield said.

Fincher said he retired in 2018 after working about 50 years in banking and finance. This includes about 25 years between multiple banks as president and chief executive officer.

Fincher said he believes this background makes him the most qualified candidate. He said he's the only person running with experience in budgeting, strategic planning, hiring, firing, reporting to boards and managing both in excess of 100 people and $100 million in assets.

Should he win the election, Fincher said he would learn city policies and procedures, as well as get to know Alma's department heads and help them meet their goals. One of his priorities would be assessing the high turnover the city has had with its employees in recent years.

Fincher said he would prioritize getting younger people involved in city government as well. He intends to meet with Alma High School and try to get all its senior students registered to vote. He would also like to start a "Junior City Council" with students who could participate in official City Council meetings.

"They'll have an agenda that they can get up and discuss what they discussed previously in their meetings and can't vote, can't recommend, but they can just inform them, and that way they buy into it a little bit, and maybe we could get more people involved in city government," Fincher said.

Residents can cast their ballots in the runoff even if they didn't vote in the general election.

Election Day voting will be available from 7:30 a.m. to 7:30 p.m. Tuesday at both of those vote centers, in addition to the Cedarville First Baptist Church at 10744 Arkansas 59 North in Cedarville and the Dyer Community Center at 201 Loomis Lane in Dyer. 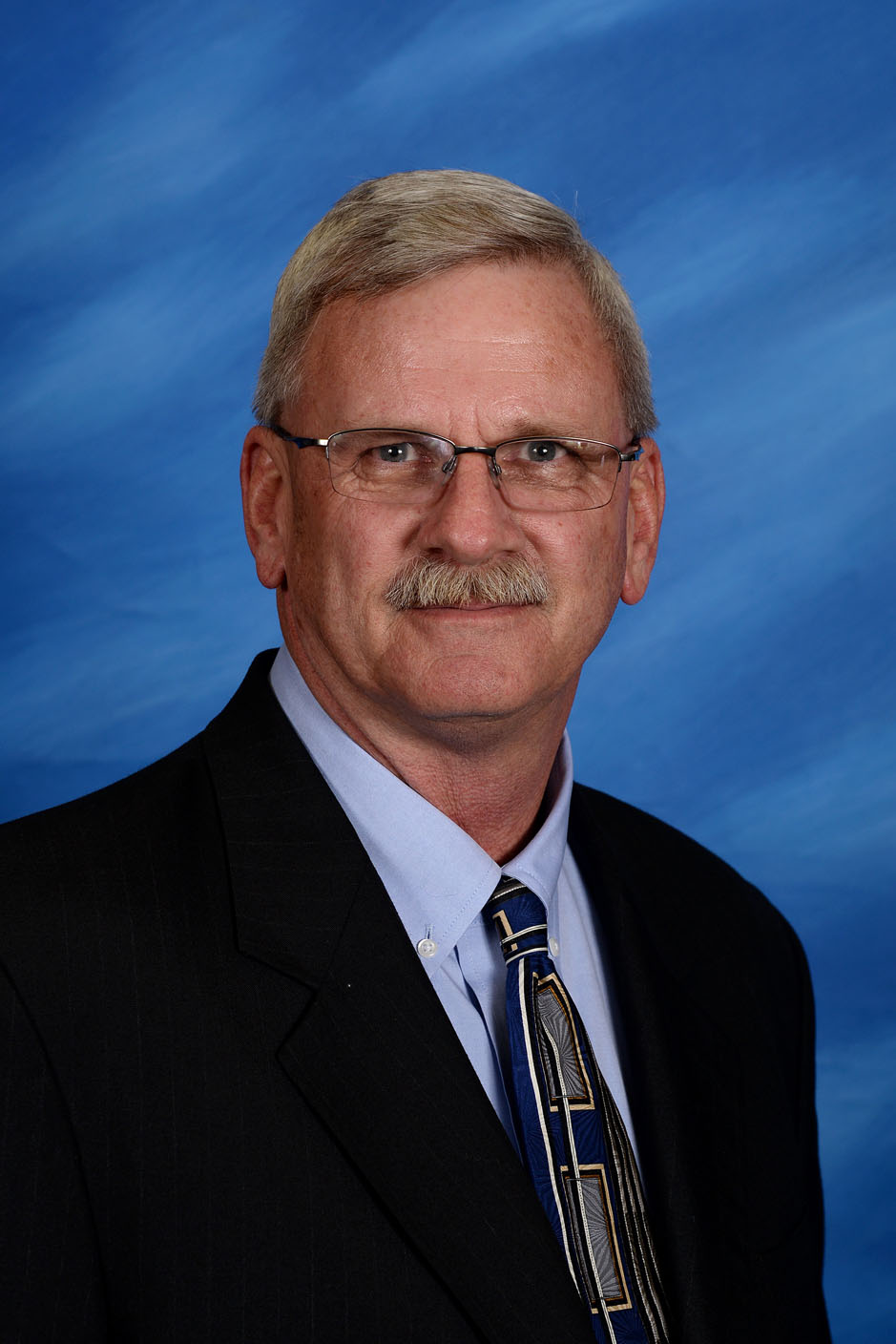 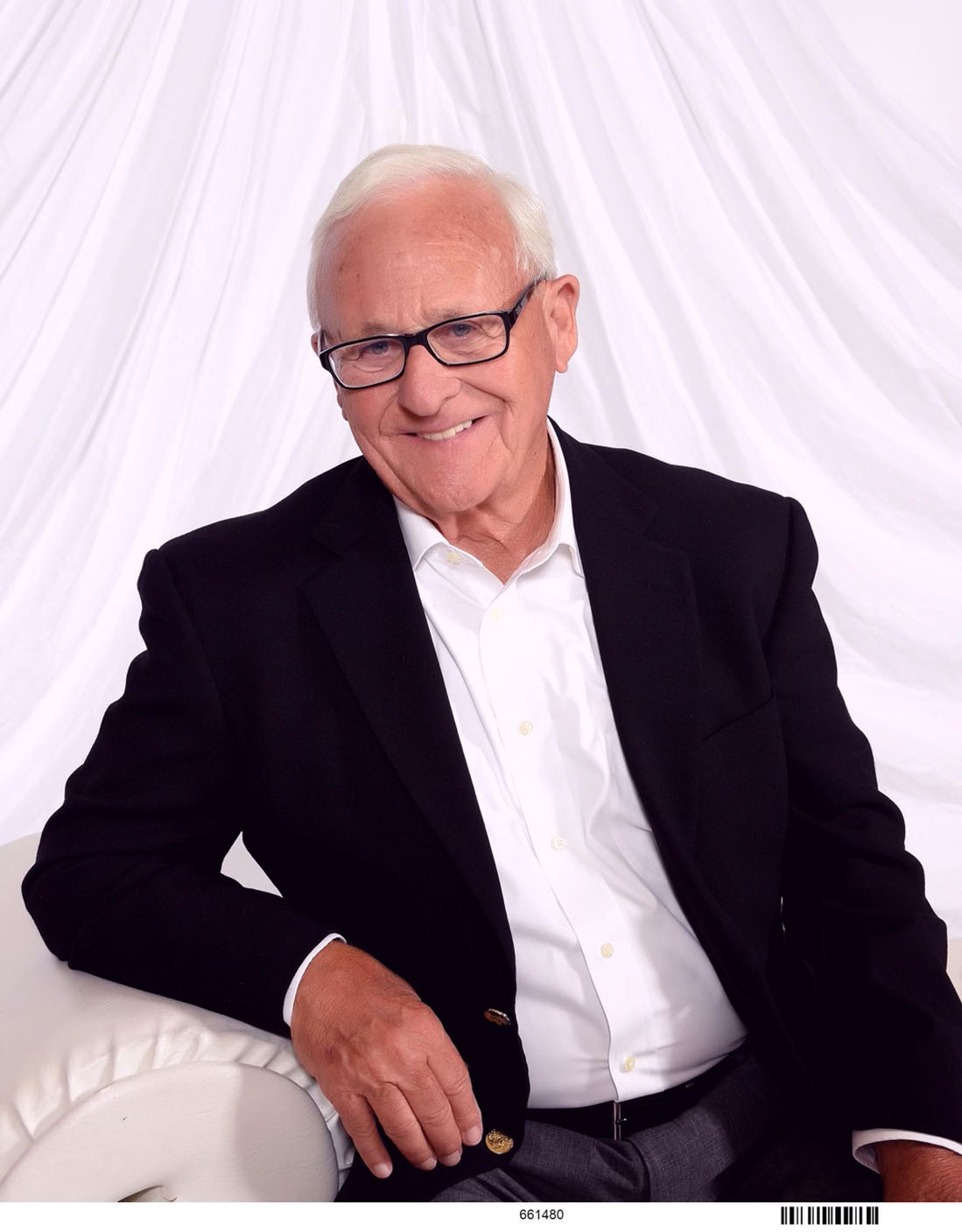 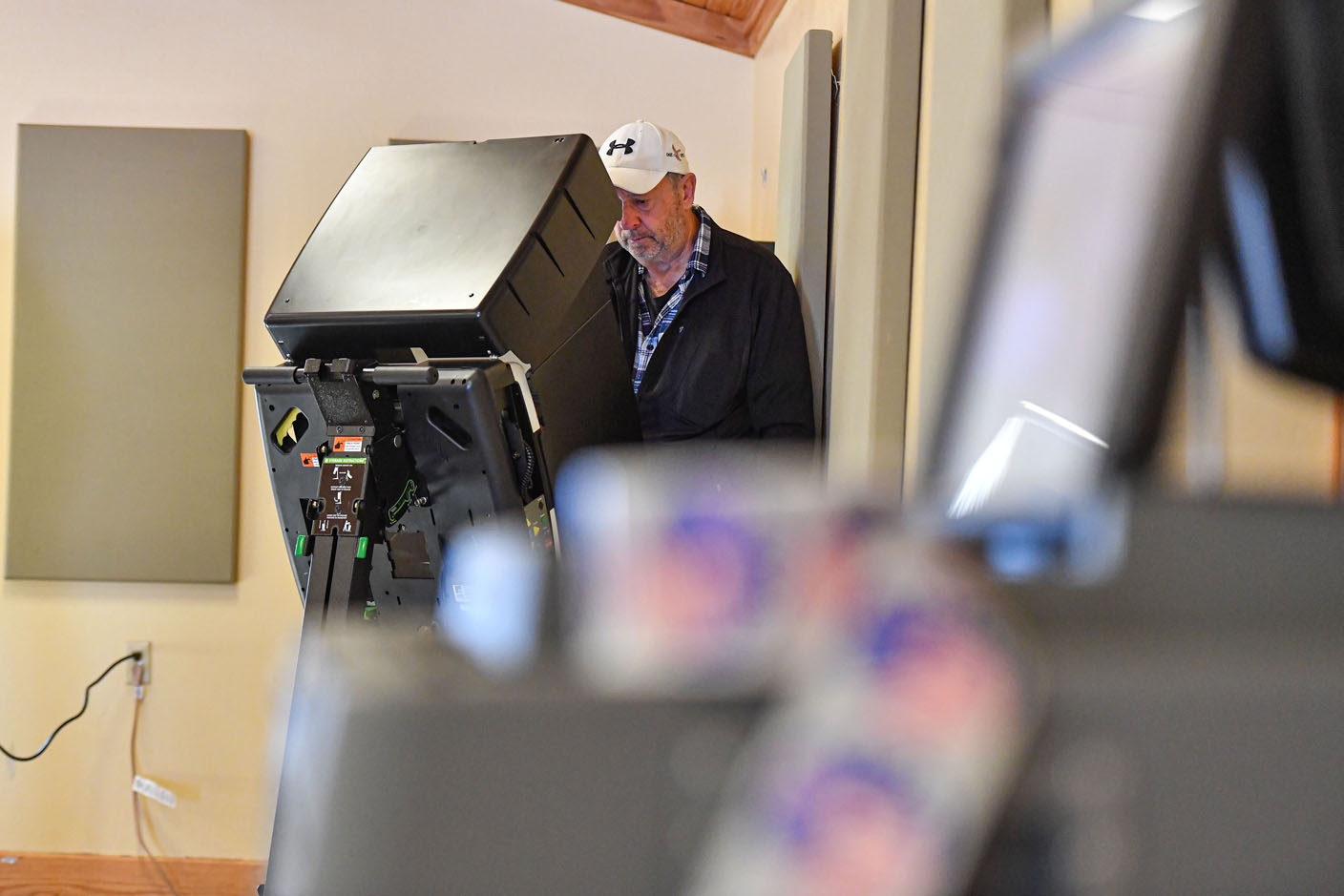 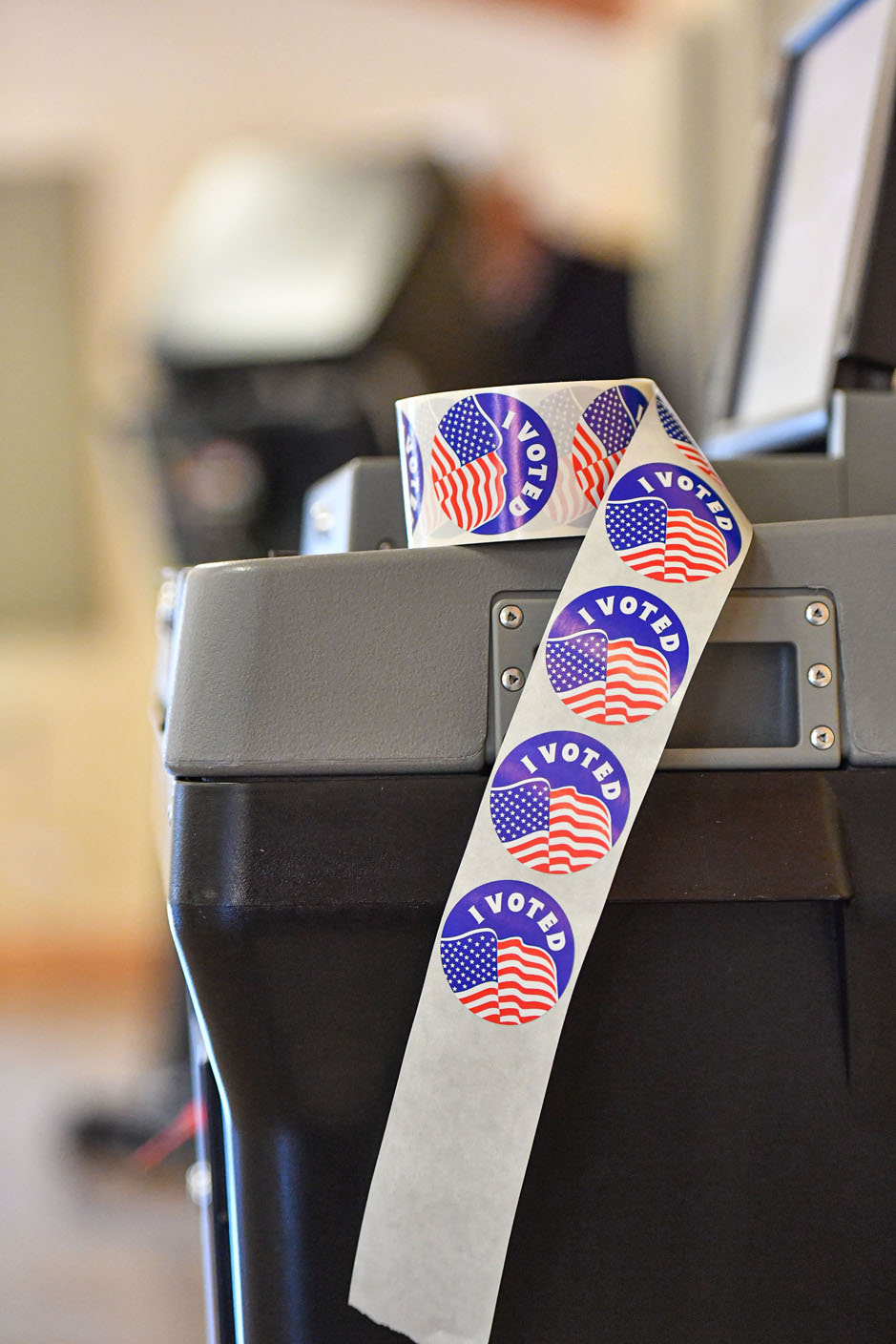 A roll of “I voted” stickers rests, Thursday, Dec. 1, 2022, during early voting in the general runoff election for mayor at the Alma Community Center in Alma. Visit nwaonline.com/photo for today's photo gallery. (River Valley Democrat-Gazette/Hank Layton) 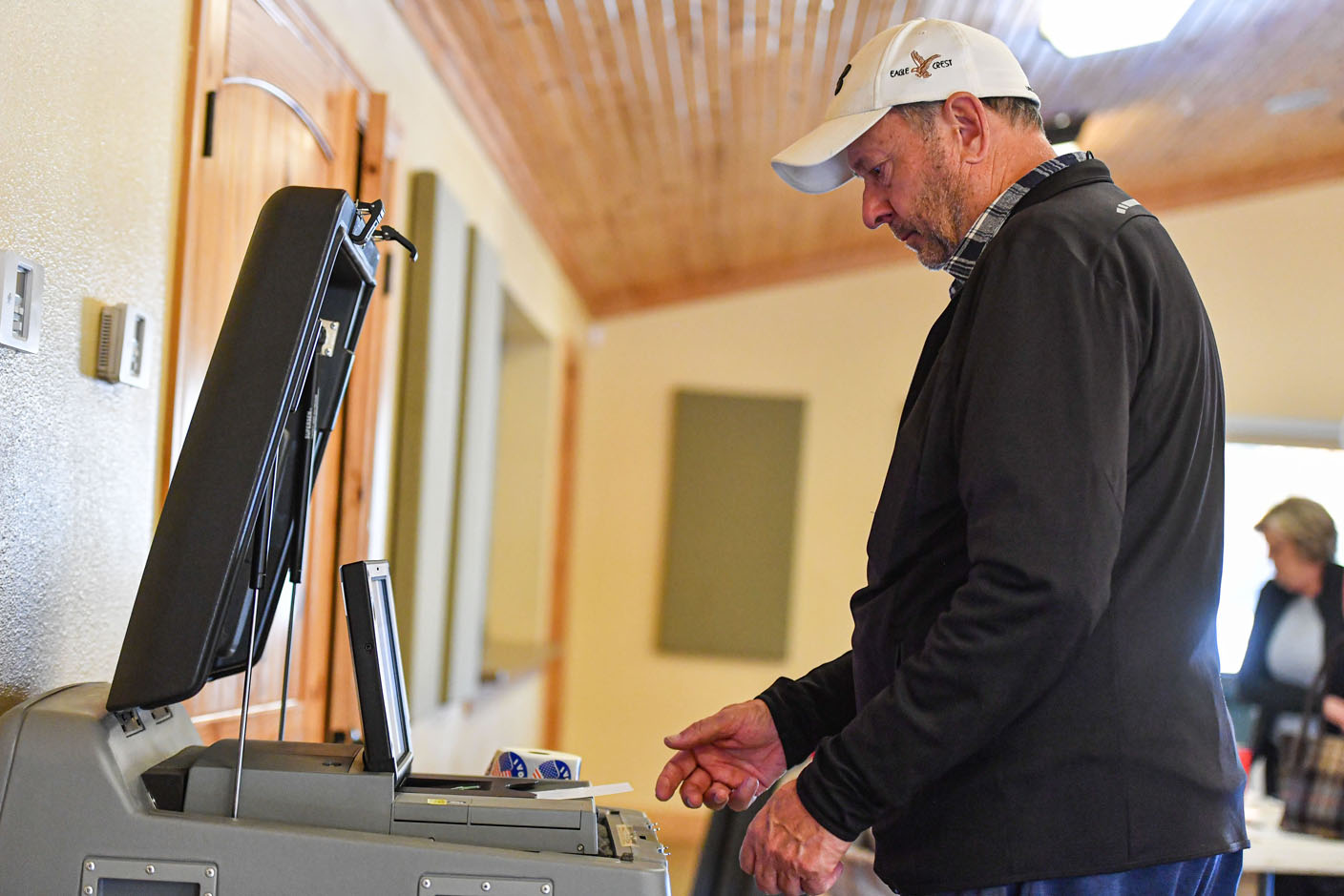 Residence: Alma resident for about 40 years

Residence: Alma resident for about 28 years

Employment: Retired from banking and finance in various companies