Flood and flocks: Hunting ducks on public land can be an easy endeavor 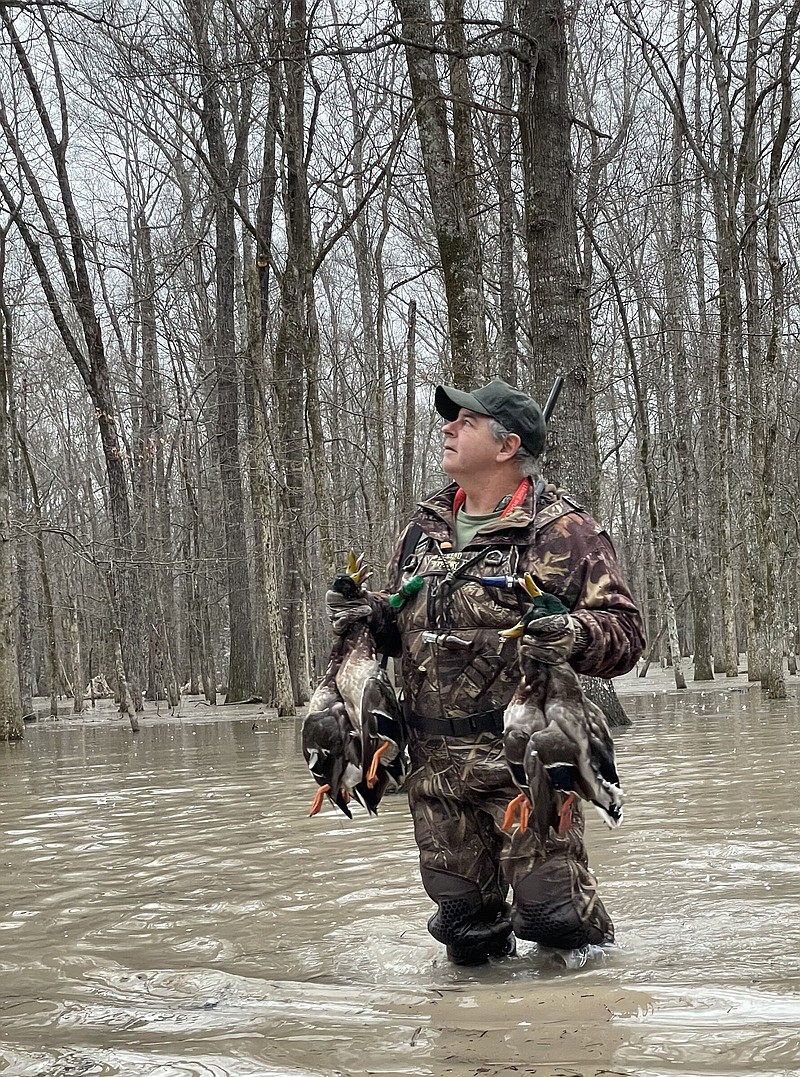 Huntable water in our wildlife management areas is still limited, which means a lot of hunters are competing for the same areas. Diplomacy and courtesy are important to avoid conflicts that can arise when people covet the same limited resource. Someone that got out of bed at 3:30 a.m. and drove two hours won't likely turn away and go straight back home just because somebody else is in a hole.

Hunters that reached the hole first might consider inviting the newcomer to hunt with them, or even a few newcomers if there aren't too many. If the newcomer asks politely and appears to be someone that will mesh with the existing group, he or they will probably be welcomed and make some new friends in the process.

If their entreaties are rebuffed, latecomers can hang back and wait for the first arrivers to get their limits and leave.

Longtime hunters at Bayou Meto Wildlife Management Area and other green tree reservoirs know which areas flood first. They are the lowest spots, and you can find them by studying a topographic map or by looking at Google Earth. They are usually near ditches and sloughs.

Mallards and other dabbling ducks prefer to feed in water that's about knee deep. They can tip down and forage effortlessly along the bottom. Also, food is most abundant in freshly flooded areas, so experienced hunters know that ducks follow rising water.

Hunting at Bayou Meto WMA is much different than it was in the 1970s, 1980s and 1990s. It has been hard for some hunters to adapt. It is rare to work giant flocks of ducks in public hunting areas. Hunters are more densely packed. As soon as ducks start working a hole, somebody is bound to shoot at the first duck or two that passes over the treetops. This will flare and disperse the birds.

There are exceptions, of course. If you can get far enough away from other hunters, ducks will still assemble and work a hole in the numbers that made Bayou Meto WMA famous. If you're fortunate to find such a place, you'd better get your ducks early because other hunters will come to the sound of gunfire.

Because of that, many hunters of a certain age don't hunt Bayou Meto WMA anymore. The hunting there is still very good, but I've adjusted my expectations. I don't go there expecting to work big flocks. If I am patient and adroit with my caller, I expect opportunities to kill at least three ducks. If I can land a few and bag a few, I consider it an excellent public land duck hunt.

It's fairly easy to do that amid throngs of other hunters. I don't go into the woods before dawn. I wait at my truck, sip coffee and wait for the morning's first gunshots. That tells me where everybody is in the area where I want to hunt. I slip into the woods and get as far from the gunfire as huntable water will allow. I consider huntable water to be at least two-thirds to the knee.

I carry no more than six decoys in a backpack. It's enough. When ducks fly over, I give them a terse comeback call followed by a soft feeding chuckle and a few soft kicks in the water. And then I put the call away. It might take awhile because ducks have to fly around and look things over, but I can't count how many times small knots of ducks have fluttered silently into the hole.

Basically, they're just looking for a safe place to land. One group will shoot at them over there, and a couple of other groups over here wail on their calls like jazz saxophonists. That little spot with those quiet "ducks" looks like the safest option.

For this kind of hunting I carry a 12-gauge Remington V3 and 10 shells. Seldom will I use them all, and if I do, it's because I shot poorly. I use an improved cylinder choke, which makes tight pattern with steel shot. A skeet choke would probably suffice, but that's a little too loose for some of the shots that occur when ducks land in the fringes on the opposite side of your hole. If I didn't own so much 12-gauge waterfowl ammunition, I would use a 20-gauge.

Seldom will you kill a limit hunting that way. If killing a limit defines a successful hunt, then that experience probably won't be satisfactory. If a successful hunt is enjoying a glorious winter morning killing a few ducks in a world famous public hunting area, you will have the time of your life.