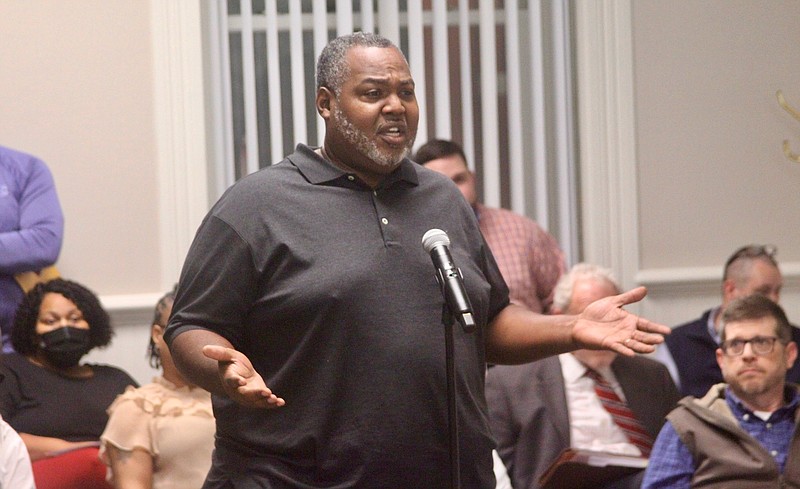 Jefferson County Justices of the Peace passed a 2023 budget in the amount of $35,004,220.30 to the full Quorum Court during committee meetings on Tuesday, but it came with some opposition from four justices and elected officials. With Melanie Dumas absent, the budget was advanced, 8-4, with Brenda Bishop-Gaddy, Alfred Carroll and Reginald Johnson voting against.

"Everything that the elected officials asked for they got. The revenue allowed them to get that," said Jefferson County Judge Gerald Robinson, adding some departments actually received an increase in their budgets. Robinson informed the justices of the peace that the budgets were submitted to his office from each elected official. He said after reviewing every budget with the county treasurer, he was able to accommodate the requests while meeting the requirement that no more than 90% of the revenue can be projected. Carroll said the process was lacking transparency in his opinion. Therefore, he did not support the budget. Adams agreed and said last year the same concerns arose, stating he spoke to some of the elected officials who told him they didn't know what got approved. "It's always a problem after we pass it," said Adams. "How do they know what's in their budget?"

Finance chairman Jimmy Fisher said he didn't receive any dissatisfied phone calls from the elected officials and said any of the JPs could have participated in the budget planning.

Bishop-Gaddy and Carroll felt they should have been informed of when the budget process began and received an official invite from the judge. "I don't know anything about the budget, so I can't go along with something that I don't know about," said Bishop-Gaddy. Glenda Daniels stated her opinion as a newer justice, saying they are all aware of when it's budget time and could call the judge's office with their inquiries. "It's not the judge's job to contact them to come to the office," she said. "You do know this process is taking place. Why didn't you just call and ask can you come in and sit in on the process?"

Robinson explained once the budget is complete, it is submitted to county clerk Shawndra Taggart's office. Robinson said some of the elected officials usually ask for their budgets, but according to Taggart, only one elected official requested it. Public Safety chairman Conley Byrd said he had received a copy of Sheriff Lafayette Woods Jr.'s budget and after reviewing it, Woods would be receiving every penny he requested except $44,096 under Adult Jail. "I had a discussion with the judge," said Byrd. "That was a position that had been eliminated, but the judge indicated in January he would be able to move the money and approve it which would give the sheriff 100% of his money."

Woods claims that the Public Safety and Emergency Vehicle line amount was reduced, as well as his Computer Services Group, areas he says reflects actual spending. Tax Collector Tony Washington said he had not seen his final budget and was not satisfied with the way the process works. "All I know is that I turned in one thing but don't know what got approved," he said. "I need to know what's going on with my budget before we get here."

Robinson said a copy of the budget will be sent to each elected official before Monday's Quorum Court meeting.