Youngest mayor is elected in Earle 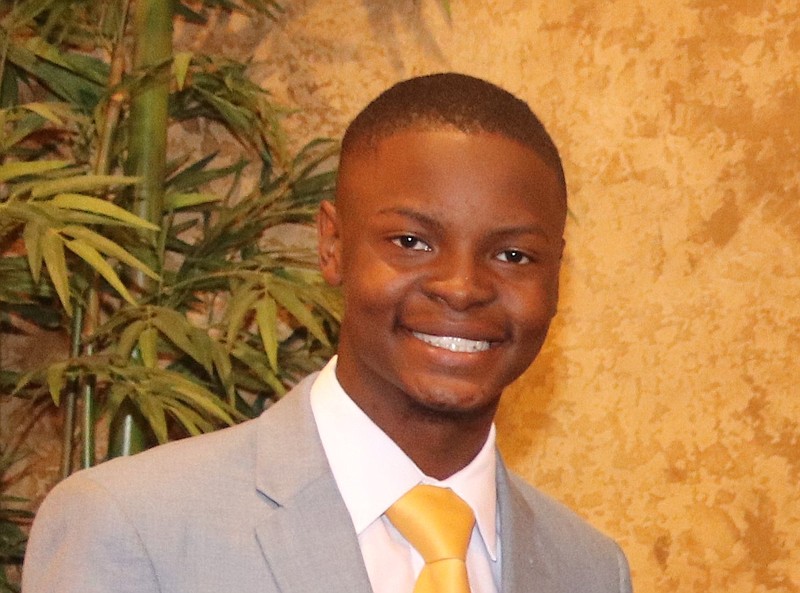 Jaylen Smith, then a candidate for mayor of Earle, is shown at the Arkansas Black Mayors Association 50th Anniversary Gala at The Venue at Westwind in Little Rock in this Sept. 10, 2022 file photo. Smith was elected mayor on Tuesday, Dec. 6, 2022. (Arkansas Democrat-Gazette/Helaine R. Williams)

Jaylen Smith, who graduated from Earle High School in May, is now the city's mayor -- one of the youngest ever to be elected as a mayor in the country.

Smith, who is 18 years old, received 235 votes, according to election results from Crittenden County in eastern Arkansas. His opponent, Nemi Matthews Sr., the street superintendent in Earle, had 183 votes.

Smith has held various leadership positions in middle and high school, including president of the student government association. He has been a student at Arkansas State University Mid-South, according to the community college's website.

In the months leading up to the campaign, Memphis television station WHBQ broadcast a report on Smith's campaign. Smith told the television station his focus as mayor would be to improve public safety and transportation, tear down abandoned houses and bring a grocery store to the city.

Matthews told the station that he and Smith are family friends and have known each other for years.

"No animosity, anything, far as me and Jaylen are concerned," Matthews said. "Everything has been cordial. If I can help him do anything, I'll do it, and likewise with him."

The National League of Cities and the Arkansas Municipal League did not have information Wednesday about whether Smith is the youngest elected mayor, historically or currently.

"Since I'm from Little Rock, we wish Mayor Elect Jaylen Smith all the best and we will definitely be here to support him in any way we can," she said in an email.

Frank Scott Jr., Little Rock mayor and president of the African American Mayors Association, said in a statement on Wednesday: "I'm excited for Jaylen and the City of Earle as he becomes the youngest-ever African American mayor elected in the country. I'm proud of his willingness to enter into public service at such a young age and his aspirational goals for the City.

"I've been glad to share with him my thoughts about how he can both run a successful campaign and manage a thriving city by making sure to be a champion for his constituents and promoting smart growth strategies through innovation. I welcome him to the family of African American mayors, and I've let him know he can rely on us for support moving forward."