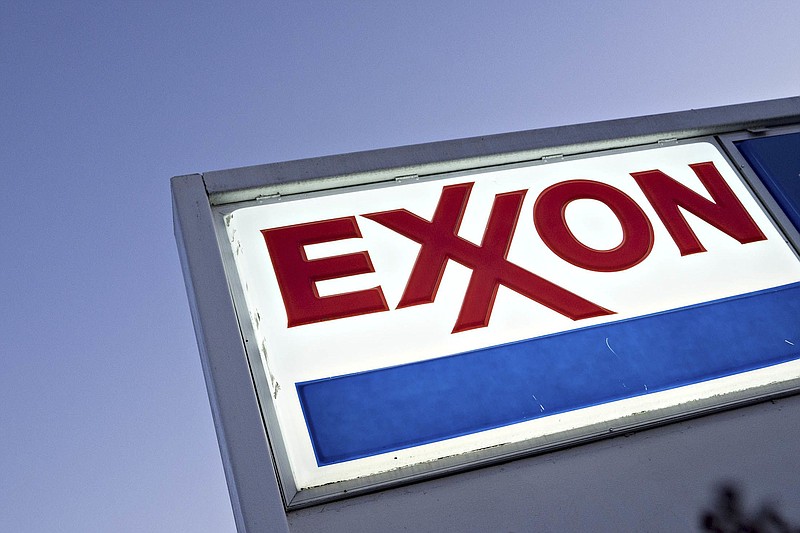 Signage is displayed at an Exxon Mobil gas station in Arlington, Virginia, on April 29, 2020. MUST CREDIT: Bloomberg photo by Andrew Harrer

Exxon Mobil raised its annual share buyback by about 10%, six weeks after the oil giant posted its highest profit in its 152-year history.

Exxon will now repurchase $50 billion in stock through 2024, expanding its previous plan of $30 billion through 2023, the Irving, Texas-based company said in a statement.

The buyback will now include $15 billion of share repurchases this year, the company's highest annual total since 2013, according to data compiled by Bloomberg.

It is the second time Exxon raised the buyback this year and comes after the company posted record earnings the second and third quarters, largely from soaring oil and gas prices following Russia's invasion of Ukraine.

President Joe Biden criticized the industry's profits, calling them a "windfall of war" and threatened punitive measures such as taxes if they gave too much to shareholders and failed to reinvest enough in new production to ease prices for consumers.

Exxon set its capital budget at about $24 billion for 2023, higher than this year and near the top end of its $20 billion-$25 billion guided range. Before the covid-19 pandemic, the company was spending more than $30 billion a year on new investments.

By 2027, Exxon is forecast to produce 4.2 million barrels of oil a day, about 14% higher than current levels.