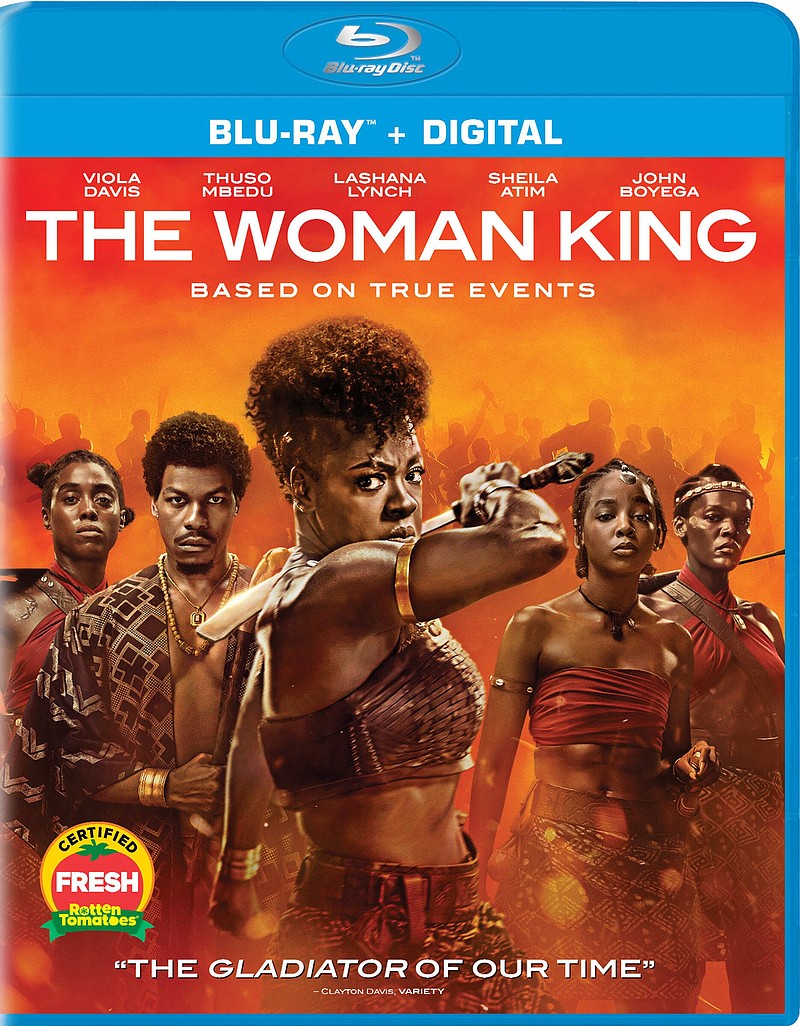 "The Woman King" (PG-13, 2 hours, 15 minutes, DVD) Viola Davis stars in this historical epic based on the real-life Agojie woman warriors of the Dahomey Kingdom who battled for freedom from slavery in 19th-century West Africa.

"The violence enacted by these female warriors is delightfully graceful and inventive ... but make no mistake, it is bone-crunchingly vicious and devastatingly effective too," Tribune News Service critic Katie Walsh wrote in her review. "This isn't just the first time we've seen Black women do battle on this scale -- it's the first time we've seen women, en masse, engaged in the kind of realistic and gritty violence that marks historical action epics."

Our Dan Lybarger noted that the film acknowledged some of the more challenging aspects of African history while still making the Agojie's struggle engaging. Directed by Gina Prince-Bythewood; with Thuso Mbedu, Lashana Lynch and John Boyega.

"The Banshees of Inisherin" (R, 1 hour, 54 minutes, DVD and On Demand) Colin Farrell and Brendan Gleeson reunite with their "In Bruges" director Martin McDonagh for this black comedy about two friends in a small Irish village whose falling out leads to tragedy. "Both the funniest and saddest movie I've seen all year," our Philip Martin writes.

"Black Warrant" (R, 1 hour, 34 minutes, On Demand) A fast-paced actioner in which a special ops assassin and a DEA agent run into each other when on separate missions to stop a cyber-terrorist organization threatening to attack the power grid and bring catastrophe to the world. With Tom Berenger, Cam Gigandet, Jeff Fahey; directed by Tibor Takacs.