Memphis a hit for Pittman 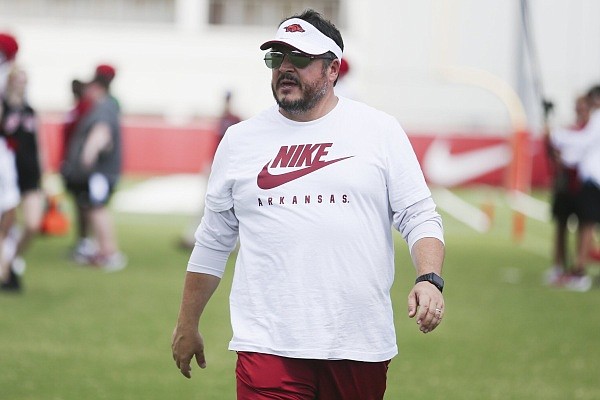 Pittman got his wit on talking about Elvis Presley, quarterback KJ Jefferson and in his shared experience with Kansas Coach Lance Leipold.

Pittman, with an assist from the bowl's associate executive director Harold Graeter, got the comedy train rolling during his opening statement.

"The Liberty Bowl has been around for a long, long time," Pittman began.

"The AutoZone Liberty Bowl has been around for just recently," he said, causing those in attendance to laugh aloud.

Pittman elicited another round of laughter and even applause when he was asked about seeing Beale Street and the rich history of Memphis.

"Well, I was a big Elvis Presley fan my whole life," Pittman said. "My wife's mother has got a scarf or whatever that he wore that he threw out [to the crowd]."

Later, a reporter asked how hyped the junior quarterback Jefferson might be playing near his hometown of Sardis, Miss., after he erupted for six touchdowns and accounted for 421 yards in a shootout loss to Ole Miss in Oxford, Miss., in 2021.

"Well, now that you've said that I'm going to let him know," Pittman said, drawing another round of laughter. "I'm going to say we're going to the bowl in Oxford, Memphis, Mississippi to play in the AutoZone Liberty Bowl."

As the news conference was wrapping up, a reporter asked if Jamie Pittman had a favorite Elvis song.

"Blue Hawaii," Pittman said, before adding that his new brother-in-law sang it at their wedding.

In his final remarks of the 16-minute conference, Pittman made a unifying remark to Leipold regarding the Mid-American Conference, commonly called the MAC, and the Liberty Bowl being played on a Wednesday.

Pittman has served at Northern Illinois in two stints covering six years in the conference, while Leipold was head coach at Buffalo in the MAC.

"Coach and I, we're going to have our teams ready on Wednesday because we both have had MACtion," Pittman said. "We're used to Tuesday, Wednesday, Thursday games. I actually kind of liked that. Did you?"

Leipold, who had a 37-33 record and two MAC East titles during his stint with Buffalo, replied in the affirmative.

Pittman parlayed the stop in Memphis with a recruiting trip with offensive line coach Cody Kennedy to a commit in Tennessee.

There was no definitive movement in Pittman's search for a defensive coordinator to replace departed Barry Odom on Thursday, but other coaching news has been percolating.

According to sources familiar with the situation and multiple South Carolina media outlets, South Carolina Coach Shane Beamer has been in discussions with Arkansas tight ends coach Dowell Loggains regarding the Gamecocks' vacancy at offensive coordinator.

A former Arkansas quarterback and holder, Loggains returned to campus from a position as analyst at Penn State prior to the 2021 season with the thought that he would be the heir apparent as Arkansas offensive coordinator if Kendal Briles landed a position elsewhere.

Loggains has 13 years of NFL coaching experience, including seven as offensive coordinator with Tennessee, Chicago, Miami and the New York Jets.

Odom, the new head coach at UNLV, extended a message of thanks to Arkansas and its fans via social media.

"It has been such an honor to the the Defensive Coordinator at The University of Arkansas and live in this community for the past 3 years," Odom wrote. "My family and I are overwhelmed with gratitude. ... thank you!"

Odom went on to thank Pittman, Athletic Director Hunter Yurachek and the players he's coached with the Razorbacks.

"I also want to thank all the wonderful fans and support of the Razorbacks - you guys are the best. Continued success... WPS!!" in finishing the message.

Additionally, Georgia defensive line coach Tray Scott could enter the conversation. Seen as a rising star in the business, Scott, 38, has ties to Pittman and the state.

The Crossett native served on Coach Kirby Smart's Georgia staff concurrently with Pittman from 2017-19. Scott played at Arkansas Tech from 2003-07 and has both his bachelor's and master's degrees from the school in Russellville, where he started his coaching career in 2008. Scott also worked as a graduate assistant at Arkansas State and Ole Miss before taking on-field positions at Tennessee-Martin (2013-14), North Carolina (2015-16) and Georgia. 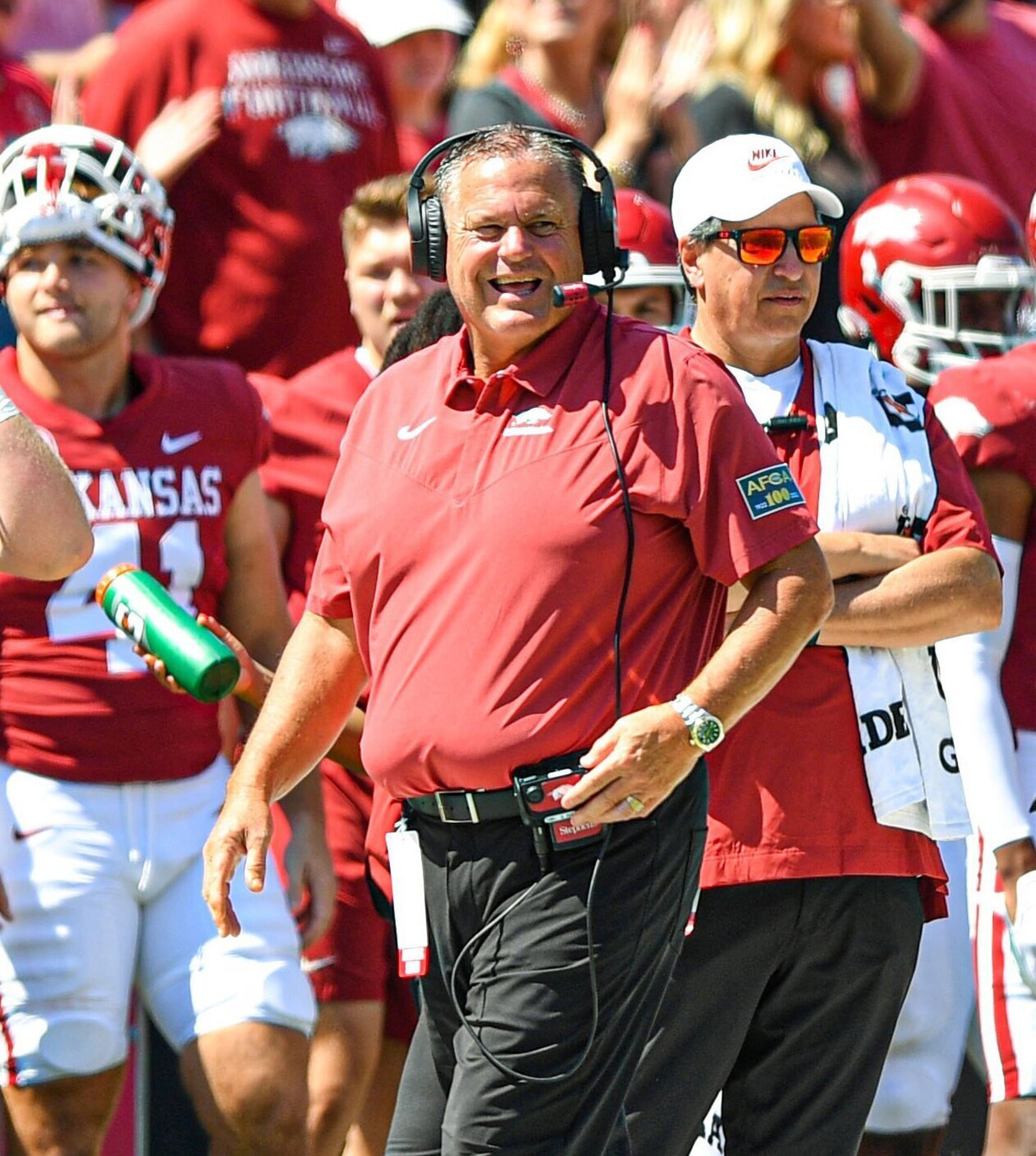