PREP FB: Goff stepped up when teammate went down with season-ending injury 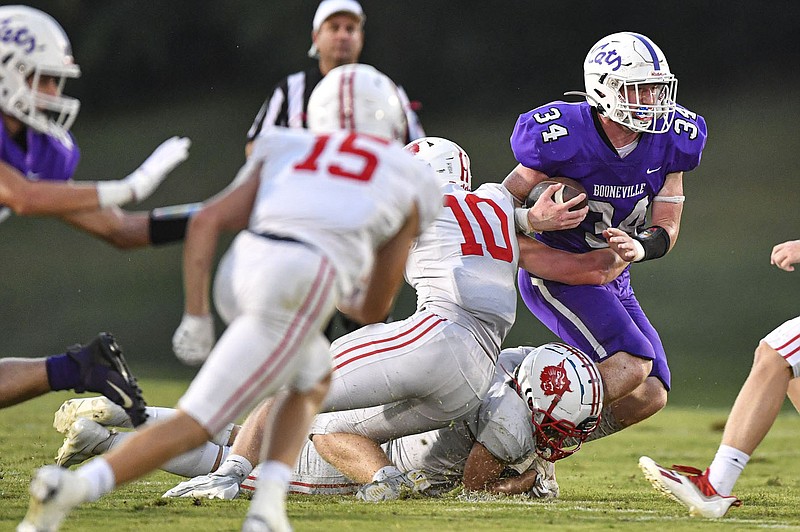 Dax Goff (34) of Booneville carries the ball against Harding Academy in a game played earlier this season. Goff stepped into the starting halfback role when a teammate was lost for the season with an injury and has led the Bearcats to the Class 3A state championship game on Saturday against Charleston. (NWA Democrat-Gazette/Hank Layton)

BOONEVILLE -- Dax Goff went into this season as part of Booneville's formidable 1-2 ground punch along with returning fullback Rylen Ray.

Instead, Ray went down with a season-ending knee injury in the first game of the season after just five carries, 68 yards and a 13-yard touchdown run.

"I felt like I had more pressure on me," Goff said. "It was definitely a little scary when Rylen went out."

In stepped Cody Elliott at fullback, and the senior hasn't missed a beat at the position.

"He's been like a diamond in the rough," Goff said. "He showed that he can step up to Rylen's game."

Elliott has responded with 1,413 yards and 23 touchdowns and has looked to Goff for help.

"With him, he's been able to block for me, and he's helped me through stuff," Elliott said. "He's really helped me."

In addition to finding a suitable replacement at fullback, Booneville also had to replace quarterback Randon Ray, who graduated as Booneville's all-time leading rusher.

"He's stepped up, too," Goff said. "He's been a leader for this team all year. We couldn't have made it this far without him. I feel comfortable with him leading this offense."

Tatum wasn't asked to be the next Randon Ray but also proved he could do much more than just manage the offense.

"When you lose Randon, you're not going to have another Randon Ray," Booneville Coach Doc Crowley said. "He's waited for this moment and done a tremendous job. We knew he wasn't going to break the long runs like Randon, but we could put the offense in his hands, and he'd put us in good situations and do a really good job. That's what he's done."

Senior wingback Trace Hall has been another key cog in Booneville's backfield. He's the speedster of the four and adds the breakaway threat with 1,343 yards and 19 touchdowns on just 119 carries.

It's been a well-oiled machine that has Booneville within reach of the single-season record for rushing yards in a season.

"It makes my job so much easier," Tatum said. "I just have to read a couple of guys and make a flip, and Dax or Cody or Trace can take it to the house. I just sit back and watch."

For Goff, the emergence of Elliott has been the key to his season. Last week in the 41-36 Class 3A semifinal win at Melbourne, Elliott had a season-high 37 carries for 187 yards and 5 touchdowns.

Goff has been one of the state's rushing leaders all season.

He's set a single-season school record with 2,243 rushing yards with 27 touchdowns on 144 carries in 12 games.

Goff also plays linebacker and is a leader on defense as well with 74 tackles, including 51, and 17 tackles for loss and also started playing on most special teams in the playoffs.

"I don't come off the field," Goff said.

Goff will be a vital part of Booneville's defense that will try to slow down Charleston's balanced offense led by senior Brandon Scott, whose equally dangerous running and passing.

"Our secondary has been lights out in practice this week," Goff said. "I feel confident we can stop the pass. We just have to stop Brandon Scott."

Goff didn't play in the first game against Charleston and was one of nine players, including five defensive starters, that were suspended for the game due to an off-the-field incident the night before the game.

Charleston (13-1) handed Booneville (12-2) a 42-14 loss six weeks ago that was for the 3A-1 championship and top seed in the playoffs. As a further insult, the game was at Booneville and was on senior night. The loss also meant Booneville would have to travel a lot in the Class 3A playoffs with trips to Smackover, Osceola and Melbourne.

We definitely looked ahead and saw Charleston on the other side of the bracket," Tatum said. "It was a rematch we wanted. We just looked at each game like it was just another game. We just had to go on the road, not turn the ball over and execute."

The Bearcats were laser-focused after to wrap up conference season and through the playoffs.

"From that first game, it's been a grind," Goff said. "We're more determined because Charleston's a team that we've played our whole entire life. That's the first time Charleston's ever beat our group so we take that personal. We can't let that happen again."

It's been a mission for the Bearcats since then.

"Elementary school, junior high, high school; that's the first time Charleston's ever beaten us," Goff said. "We've got to get them back."

Goff, a junior, looked around at his senior teammates at practice on Wednesday.

"They've got to end their career with a win against Charleston," Goff said. 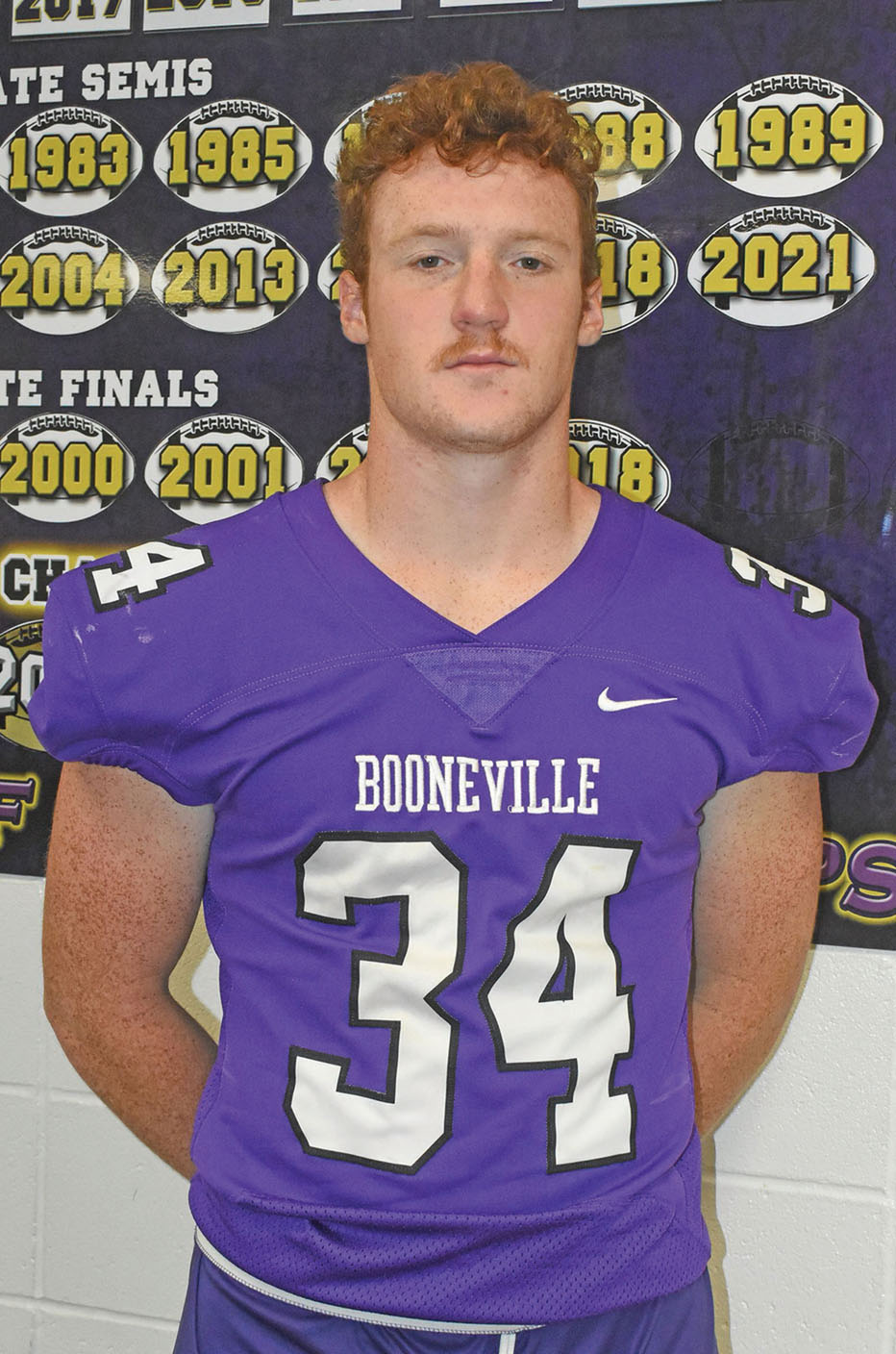