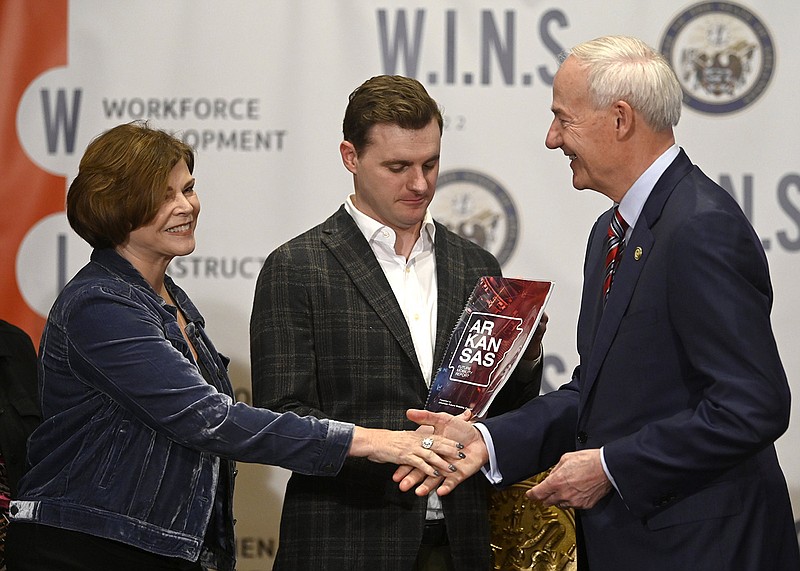 Whether it's with a spaceport in Springdale or drones delivering packages over Dardanelle, Arkansas has set its sights on becoming a hub for the future of transportation and logistics.

A new report released Thursday provides a blueprint on how Arkansas can become a future leader in space travel, electric vehicles and drones. The report, written by a group of business executives, top-level bureaucrats and academics known as the Arkansas Council on Future Mobility, calls for Arkansas to become a version of Kansas, an international hub for aviation, but with rockets and drones instead of airplanes.

The council was formed in February with an executive order from Gov. Asa Hutchinson who said recent successes in getting autonomous and electric vehicles to open or relocate to the state helped catalyze the idea to double down on what Arkansas already excels -- logistics.

"Arkansas has always been a leader in transportation and mobility, from our incredible logistics companies to our work in the electric vehicle space," Hutchinson said during a news conference Thursday. "To the movement of goods across the globe, Arkansas not only is good at making things, we are good at moving things and we want to stay in the forefront."

Cyrus Sigari, chairman of the council and co-founder of the transportation-focused venture capital firm Up.Partners, summarized the report during the news conference at the state Capitol, detailing an ambitious vision for the future of transportation in Arkansas that would go far beyond just adding more charging stations for electric vehicles.

The report calls for Arkansas to establish a sovereign wealth fund like Norway or Texas that could be used to invest in new technology, create a new government office dedicated to mobility and set up an institute for advanced mobility at the University of Arkansas. The report also suggests the state create a space authority that could lead the call for constructing a spaceport in Arkansas, appoint a director of science and technology and appoint a chief futurist.

The new technology that Hutchinson and the council have in mind varies from infrastructure for space travel and flying cars to charging stations for electric cars, scooters and bikes. Sigari likened Arkansas' potential to that of Wichita, which become an international center for aviation because of investments from venture capitalists in the early 20th century.

The report details a "cautionary tale" of FedEx, which was originally headquartered in Little Rock but moved to Memphis in 1973 because the Little Rock airport was not large enough to accommodate FedEx's growing business.

"This is a state that's wealthy, there is a lot of capital sitting in the state of Arkansas," Sigari said. "Let's take some of that capital and direct it here into the state."

To achieve some of the report's ambitious goals, Arkansas will need to partner with neighboring states to create a national "super hub" for mobility. Arkansas has already signed agreements with Louisiana and Oklahoma but should look to partner with Texas and Tennessee, the report said, because a regional hub would increase the chances the states would receive federal funds rather than competing against one another for them.

The plan also calls for the state to actively recruit Arkansan technologists working elsewhere to return home and to put more investment in science, technology, engineering and math education in the state including expanding access to community college programs.

Sigari said new transportation technologies could work well with the large corporations already established in the state such as shipping-giant J.B. Hunt or Walmart, which already has begun doing some deliveries with drones. The state is also home to many aerospace military contractors including Lockheed Martin, Dassault, Raytheon and Aerojet Rocketdyne.

Hutchison, who is set to leave office in January, said the work of putting the proposals from the report into action will fall on the next administration and the General Assembly.

"There are some bold ideas here. I hope that you will embrace them," Hutchinson said to a small group of state lawmakers at the news conference. "It's up to you. You carry the ball now."