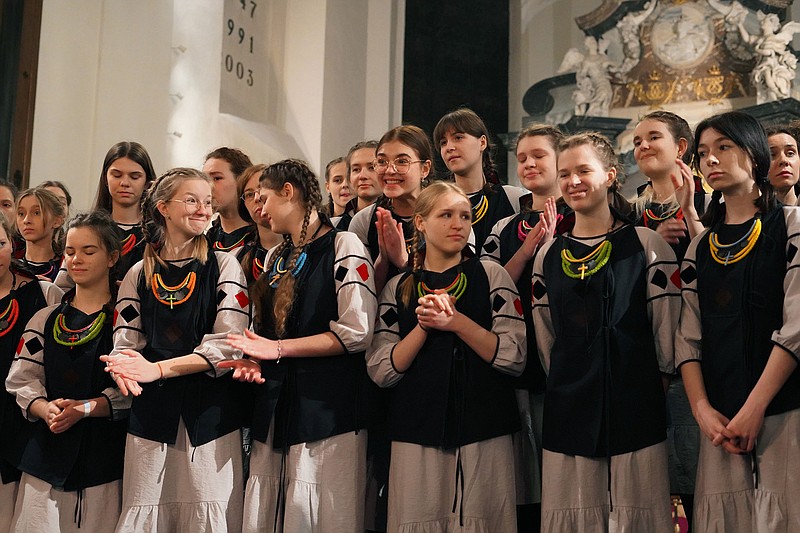 Members of the Shchedryk youth choir listen to chief conductor Marianna Sablina on Thursday after a Christmas concert at Copenhagen’s Church of the Holy Spirit, in Copenhagen. (AP/James Brooks)

COPENHAGEN, Denmark -- From a dank Kyiv bomb shelter to the bright stage lights of Europe's theaters, a Ukrainian youth choir's hymns in praise of freedom offer a kind of healing balm to its war-scarred members.

The Shchedryk ensemble, described as Kyiv's oldest professional children's choir, were in the Danish capital last week for a performance as part of an international tour that also took them to New York's famed Carnegie Hall.

It was supposed to be part of a busy year to celebrate the choir's 50th anniversary. But Russia's Feb. 24 invasion of Ukraine changed all that, with members scattering inside their homeland and abroad in search of safety. Some members say they have lost friends and family in the fighting.

"It is very difficult to gather the children," said Marianna Sablina, the choir's artistic director and chief conductor, whose mother founded the choir in 1971. Some of the members are "outside the borders of Ukraine, and only about a third of the forum currently lives in Kyiv."

Earlier this year, the choir managed to reassemble and began rehearsing in Kyiv's National Palace of Arts.

The vagaries of war often plagued the rehearsals. When Kyiv came under bombardment and suffered power outages, air raid sirens forced the choir to assemble in a darkened bomb shelter, illuminating their sheet music with whatever light source they could find.

"When there are sirens, we go to the shelter and just sing with our phones and flashlights," said 15-year-old choir member Anastasiia Rusina, whose family fled to western Ukraine following the invasion.

"I think that we're kind of getting used to it because it's our job to do. We have a concert, so we just cannot skip any rehearsals," she said.

The audience at Copenhagen's Church of The Holy Ghost recently listened to the soaring voices of the choir, made up mostly teenage girls wearing black and white dresses accentuated by red and black squares on their sleeves and colorful beads around their necks.

"I sincerely hope that the concert here will send a message of love and hope and also sympathy and support to all Ukrainian families," said Nataliya Popovych, co-founder of Copenhagen's Ukraine House, a civil society organization which brought the group to Denmark. "Hopefully next year, all Ukrainian families will be able to celebrate Christmas properly," she added.

At the core of the performance was the song "Carol of the Bells," perhaps best known from the 1990 Christmas movie "Home Alone."

The carol was originally arranged by Ukrainian composer Mykola Leontovych in the early 1900s. The choir's name, "Shchedryk," comes from the song's Ukrainian title.

"We have to send to people that our culture is so important to our world," Polina Holtseva, another said 15-year-old choir member, whose family has stayed in Kyiv throughout the conflict.

"It's our culture, it's our songs, and it's so amazing that we have a chance to give you this music," she said.

Choir members Rusina and Holtseva said they don't have any concrete career plans. They noted they don't don't even know what they're going to do tomorrow. But amid the horrors of war, Shchedryk choir has become their "safe place."

"We just don't think about the war or our situation. We just sing, we're together with our friends, our family," Rusina said. 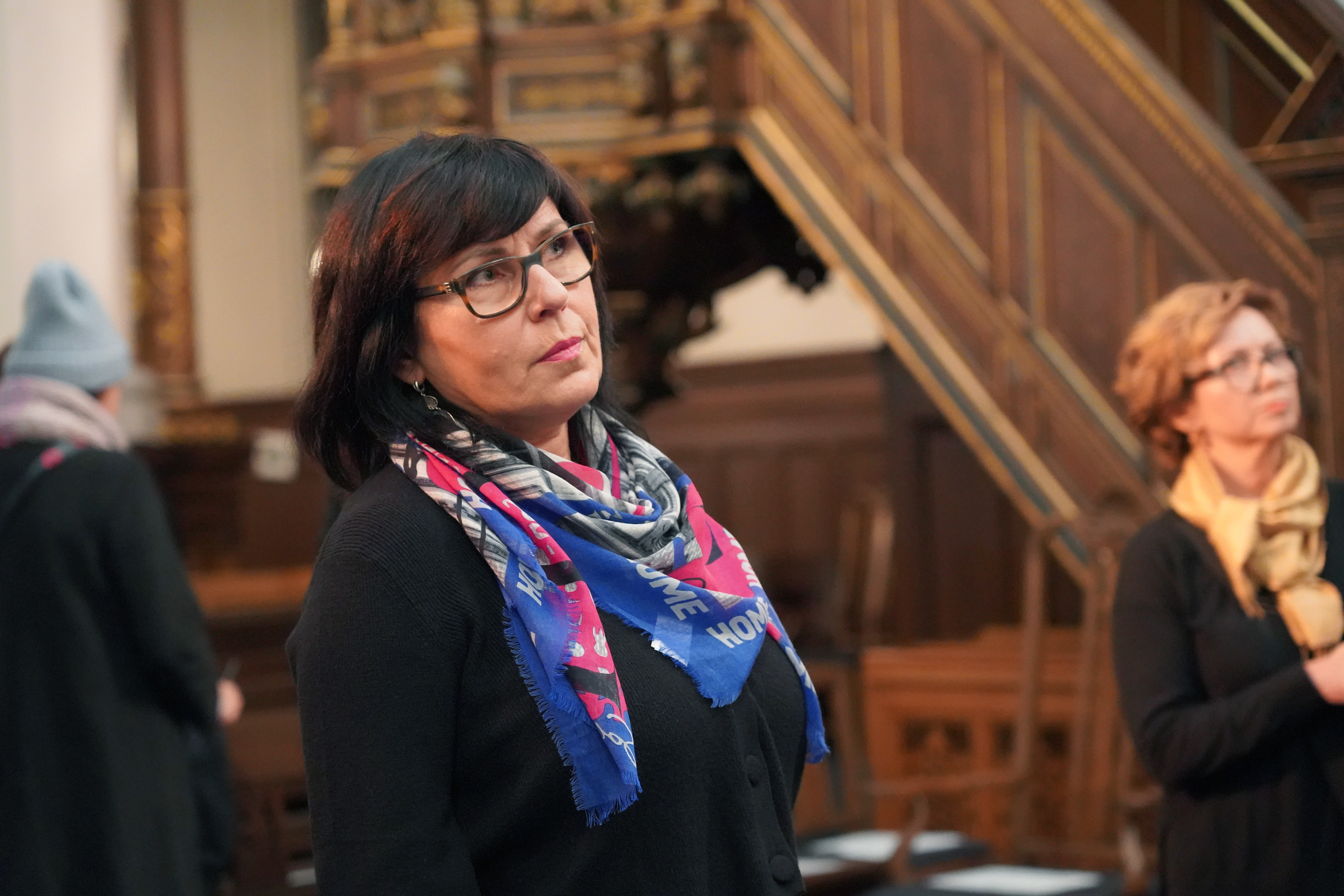 Marianna Sablina, Shchedryk youth choir artistic director and chief conductor, conducts a rehearsal, at Copenhagen’s Church of the Holy Spirit, in Copenhagen, Denmark, Thursday, Dec. 8 2022. The Shchedryk ensemble, described as Kyiv’s oldest professional children’s choir, were in the Danish capital this week for a performance as part of an international tour that also took them to New York’s famed Carnegie Hall. (AP Photo/James Brooks)