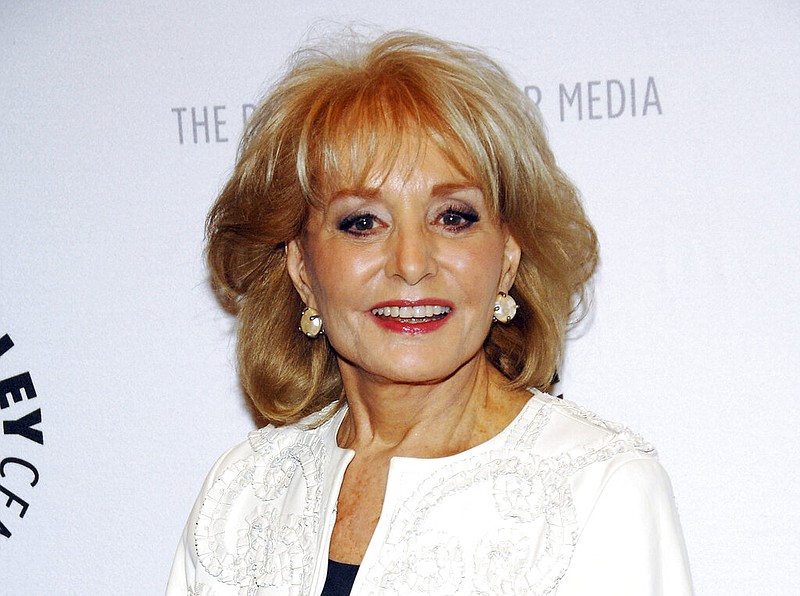 Barbara Walters arrives to participate in a panel discussion featuring the hosts of ABC's "The View" at The Paley Center for Media in New York in this April 9, 2008 file photo. Walters, a superstar and pioneer in TV news, has died, according to ABC News on Friday, Dec. 30, 2022. She was 93. (AP/Evan Agostini)

NEW YORK — Barbara Walters, the intrepid interviewer, anchor and program host who led the way as the first woman to become a TV news superstar during a network career remarkable for its duration and variety, has died. She was 93.

Walters’ death was announced by ABC on air Friday night and also by her publicist.

“Barbara Walters passed away peacefully in her home surrounded by loved ones. She lived her life with no regrets. She was a trailblazer not only for female journalists, but for all women,” said publicist Cindi Berger in a statement.

During nearly four decades at ABC, and before that at NBC, Walters’ exclusive interviews with rulers, royalty and entertainers brought her celebrity status that ranked with theirs, while placing her at the forefront of the trend in broadcast journalism that made stars of TV reporters and brought news programs into the race for higher ratings.

Walters made headlines in 1976 as the first female network news anchor, with an unprecedented $1 million annual salary that drew gasps and criticism (while lost in the outcry were her additional duties extending beyond news). Her drive was legendary as she competed — not just with rival networks, but with colleagues at her own network — for each big “get” in a world jammed with more and more interviewers, including female journalists who had followed on the trail she blazed.

“I never expected this!” Walters said in 2004, taking measure of her success. “I always thought I’d be a writer for television. I never even thought I’d be in front of a camera.”

But she was a natural on camera, especially when plying notables with questions.

“I’m not afraid when I’m interviewing, I have no fear!” Walters told The Associated Press in 2008.

Walters is survived by her only daughter, Jacqueline Danforth.