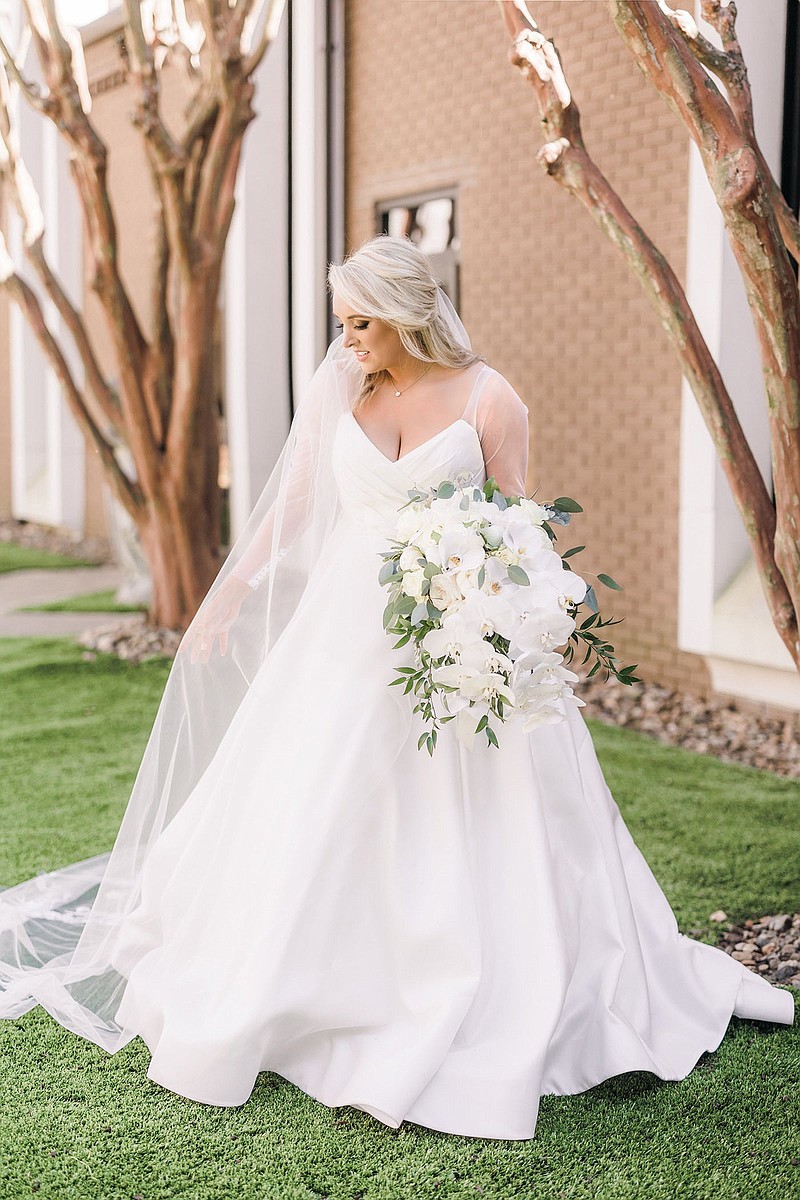 The groom is the son of Alicia and Joel Kunert of Heber Springs and Allen Britten Cooper of Little Rock. His grandparents are Ruth and Glynn Riels of Fountain Hill and the late Armelda and Major Lee of Jonesboro.

The church was decorated with arrangements of roses, hydrangeas, peonies, phalaenopsis orchids and dusty miller. Music was by Garrett Houston who sang "The Lord's Prayer" and organist Robert Lindley.

The bride -- wearing a silk ballgown with a pleated bodice and illusion sleeves -- was escorted by her father. Her silk tulle veil was embellished with lace and clear crystals. She carried a tight bouquet of white roses and peonies with cascades of phalaenopsis orchids.

Zack Wood of Little Rock was best man. Groomsmen were Will Davis of Harrison; Kade Haygood of Fayetteville; Stephen Huffman of Midland, Texas; Clark Smith of Maumelle; Trent McCarley of Stuttgart; Michael Bardwell of Springdale; AJ Riels of Jackson, Tenn.; and Luke Kunert and James Fitzsimmons, both of Conway.

Guests were seated by the bride's cousins: Ryan Johnson of Lake Village; Clay Johnson of Monroe, La.; and Jake Johnson and Ben Johnson, both of Rosharon, Texas.

A reception was held in the ballroom of Pleasant Valley Club. White carpet covered the ballroom floor and the dance floor was a metallic gold. Blossoming cherry trees decorated the room and tables held arrangements of white roses and hydrangeas. Music was by FunkyTown, a 10-piece band from Memphis.

The groom has a bachelor's degree in business administration and is a sales and marketing manager for Dedicated Logistics, LLC.

After a honeymoon in Jackson Hole, Wyo., the couple will make their home in Little Rock.