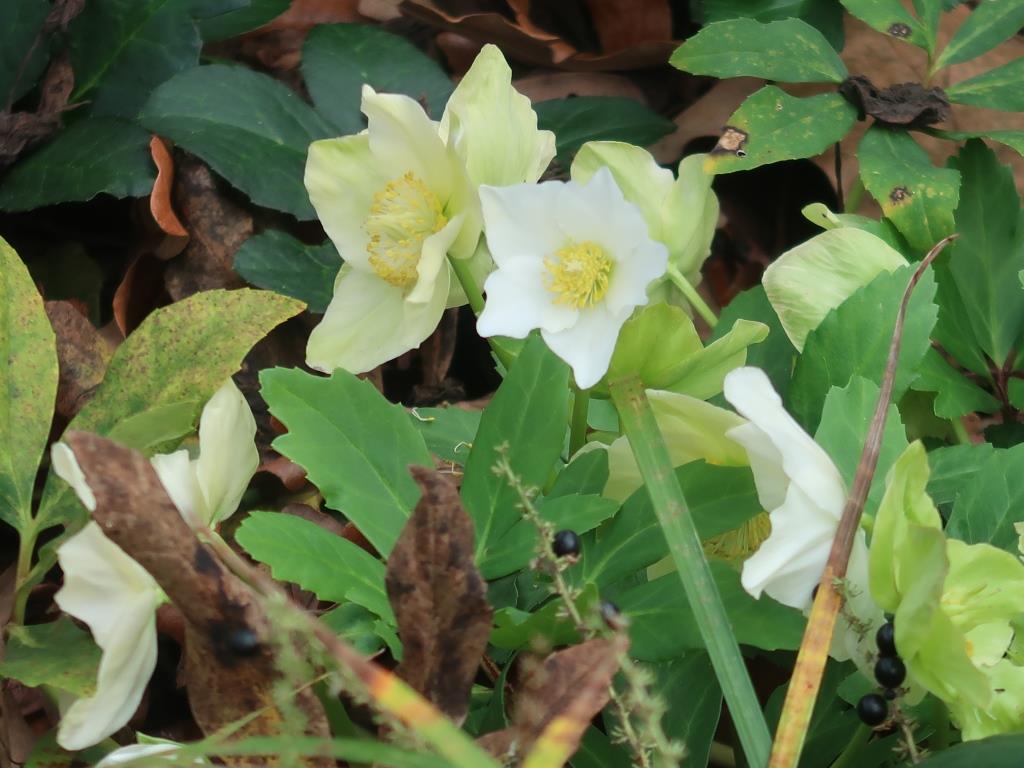 Hellebores are commonly called Christmas Rose or Lenten Rose, but there are actually more than twenty or so species and many new hybrids.  This particular one is Helleborus niger ‘Josef Lemper’, a Christmas rose.  They tend to start blooming in December, while the H. orientalis, commonly called Lenten rose, begin blooming a bit later.  Today’s hellebores come in a wide array of colors 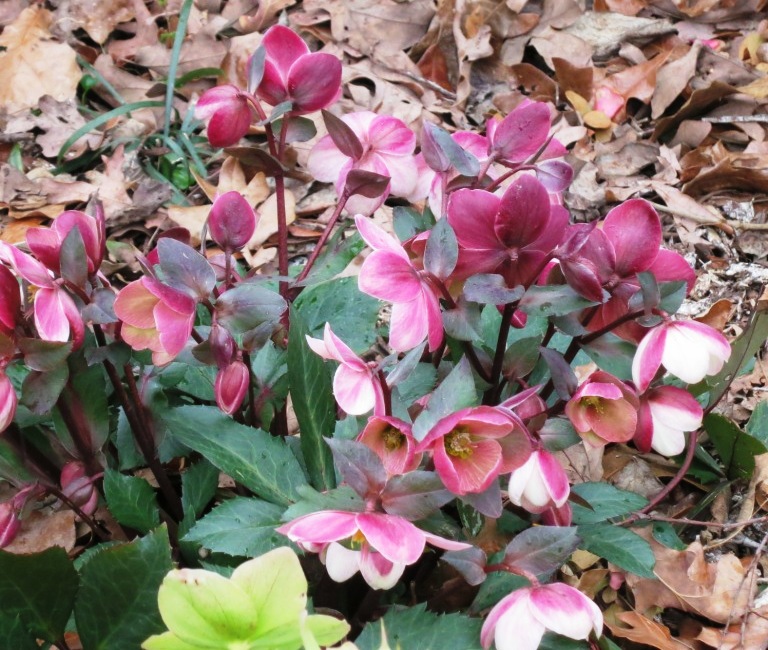 and the flowers are showy and upright, and bloom times vary, so you can easily have flowers from December through April. While there are true H. orientalis and H. niger varieties, many plants today are sold as Helleborus x hybridus and they are all outstanding plants in the garden.

Hellebores do best in a shady location with well-drained soil. 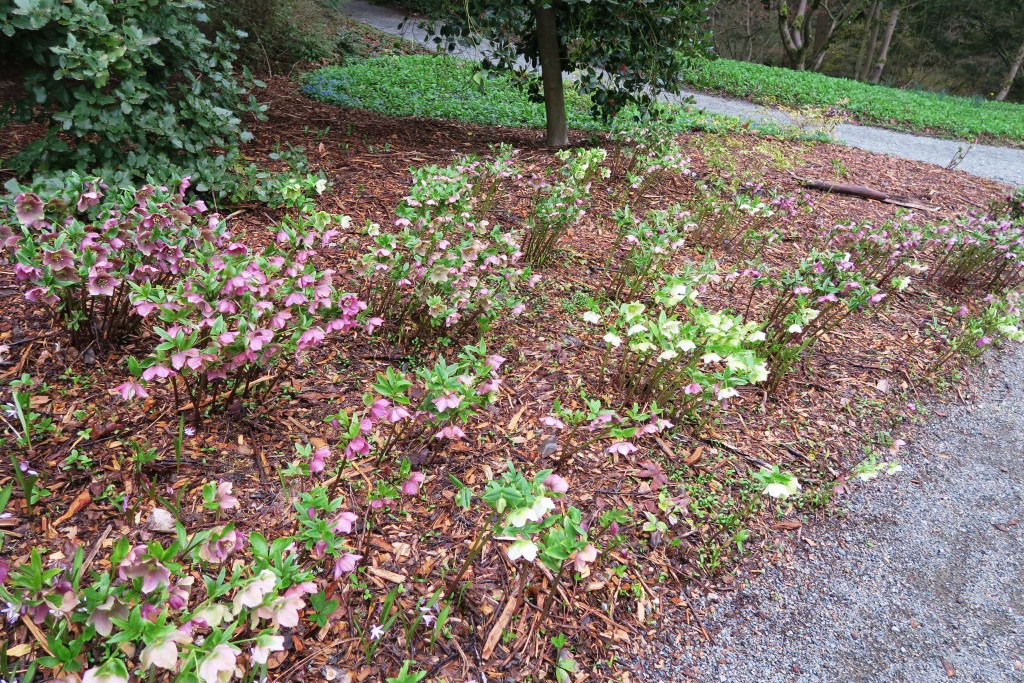 Their evergreen foliage is relatively coarse and deeply lobed, and blends well with other perennials. These low growing plants rarely get taller than 24 inches. While considered somewhat slow growing, in time they can colonize and form a massed groundcover.  They typically begin to put on new foliage growth in the fall and early winter.  When their bloom period ends, they retain their leaves, but are relatively dormant during the warm summer months.

The flowers are large– often 3-4 inches wide, and composed of five showy sepals. 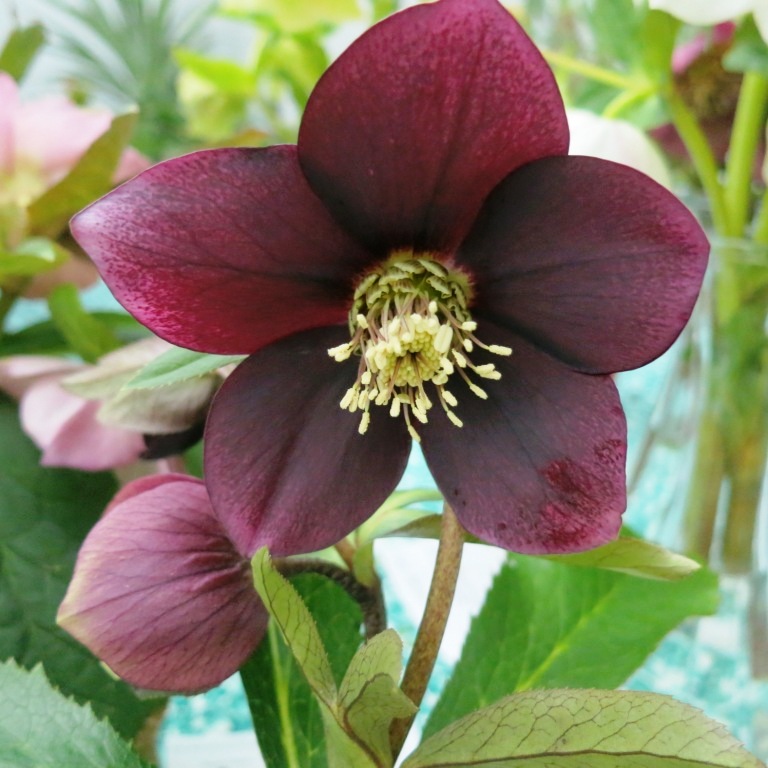 Flower color varies; with shades of pink and purple, to whites and green, with a few yellows thrown in for good measure. The plants are poisonous, so deer leave them alone, but bees adore them, giving them something to visit in the colder months.

Hellebores are long lived plants that rarely need division–in fact, most would prefer to be left undisturbed, but they will produce babies along the way that can be transplanted, or left to multiply and form a carpet of hellebores. Add some excitement to your winter garden,and plant some hellebores. No shade garden is complete without them. 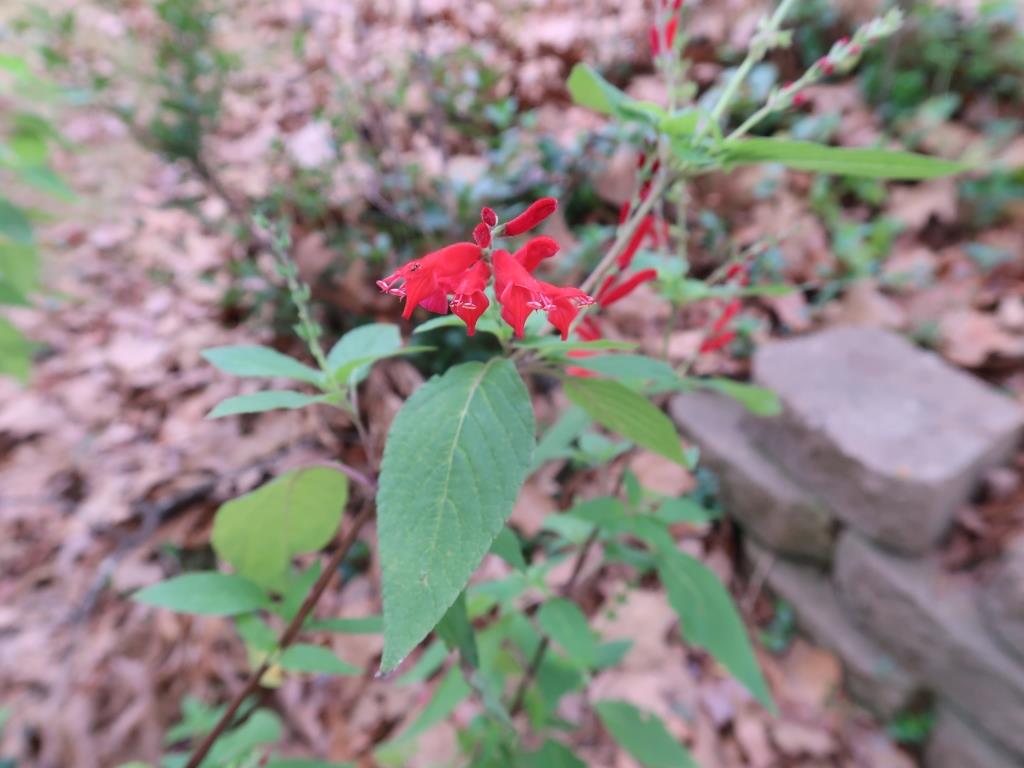 is a showstopper in the fall with pineapple fragranced foliage and fire engine red blooms.  They are great perennials for the garden in full sun to partial shade.  Pineapple sage is a short-day plant, meaning it won’t start blooming until the shorter days of fall and winter.  It will not bloom if grown where artificial lights (such as streetlights) extend the day length in fall.

This perennial is native to Mexico and Guatemala. 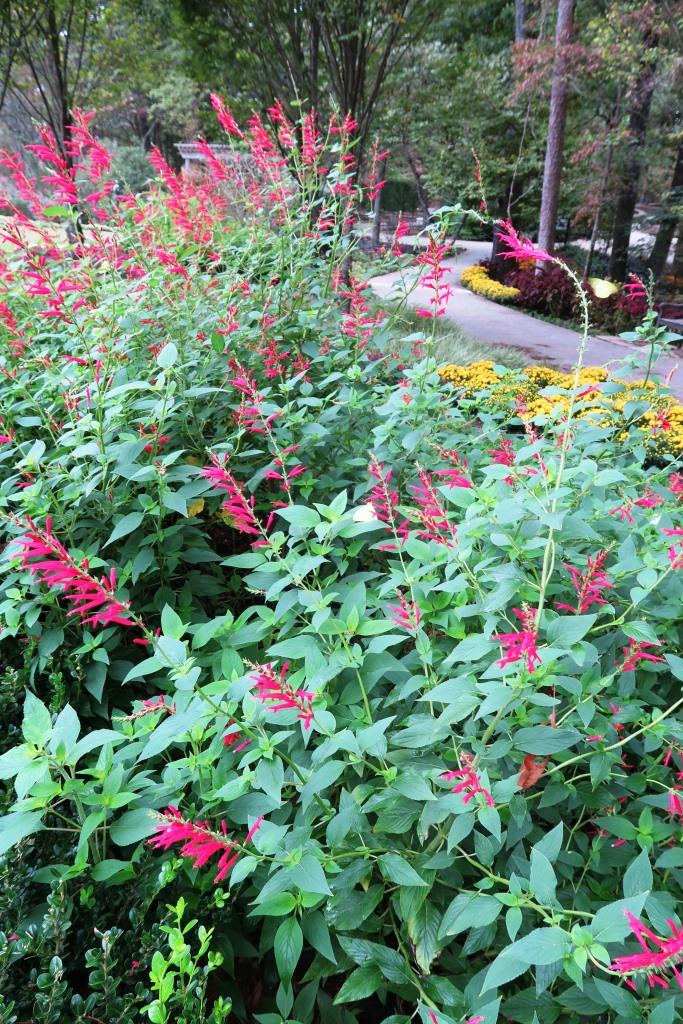 This plant is not reliably hardy in the northern tier of the state. The common name, pineapple sage, comes from the scent of the leaves when crushed, although the strength of the aroma varies depending on weather and moisture levels. Pineapple sage blooms late in the season, producing tubular scarlet-red flowers that are attractive to hummingbirds.  If they are grown in areas that are frost-free, the plants may continue flowering until spring—or until  yesterday when it hit 21 degrees! The flowers are produced in whorls with 4 blossoms at each node along the terminal, opening sequentially up the flower spike.