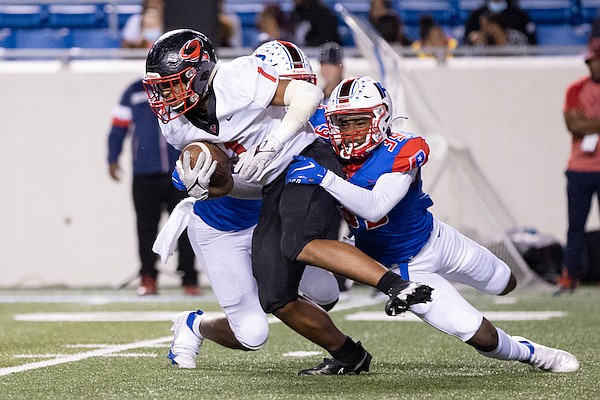 Robinson, 6-0, 170 pounds, had offers from Memphis and Ole Miss prior to the Razorbacks. He is the first 2025 in-state prospect to receive an offer from Arkansas.

He has also coached quarterback Landon Rogers and tight end Erin Outley at Parkview along with running back James Jointer, a 2022 Arkansas signee, at Parkview.

“Dynamic player," he said of Robinson. "I hate to reach out this early and say it, but he could possibly be one of the best, if not the best I’ve ever had just because he’s so young and able to do everything he does that some of the guys were doing as a junior or senior.

"He’s doing it as a ninth grader."

In five games on varsity, Robinson recorded 43 tackles, 3 interceptions – 2 returned for touchdowns at safety – and returned a punt and kickoff for scores. He had another pick-6 negated because of a penalty.

“He was MVP of our team twice in four games,” Bolding said.

He played quarterback and defense at Pulaski Heights as an eighth grader before enrolling at Parkview.