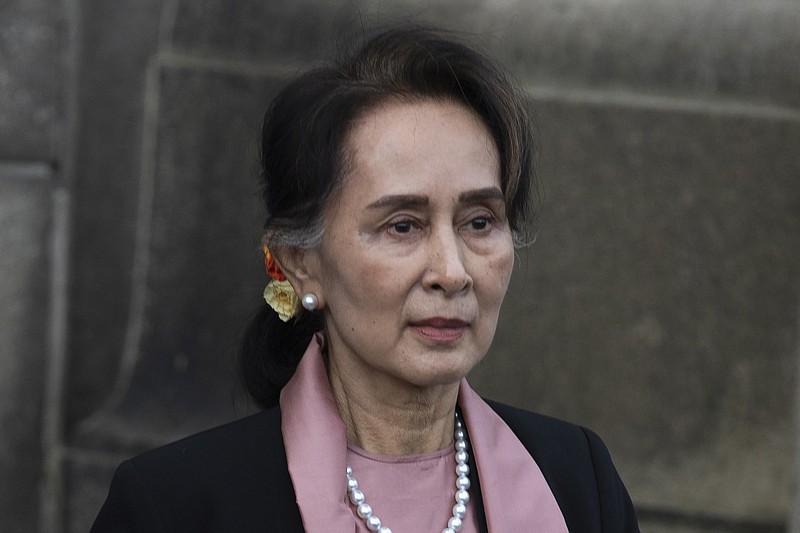 Suu Kyi was convicted last month on two other charges and given a four-year prison sentence, which was then halved by the head of the military-installed government.

The cases are among about a dozen brought against the 76-year-old Nobel Peace Prize laureate since the army seized power last February, ousting her elected government and arresting top members of her National League for Democracy party.

If found guilty of all the charges, she could be sentenced to more than 100 years in prison.

Suu Kyi's supporters and independent analysts say the charges are contrived to legitimize the military's seizure of power and prevent her from returning to politics.

[Video not showing up above? Click here to watch » arkansasonline.com/111sentence/]

Monday's verdict in the court in the capital, Naypyitaw, was conveyed by a legal official who insisted on anonymity for fear of being punished by the authorities, who have restricted the release of information about Suu Kyi's trials.

He said she was sentenced to two years in prison under the Export-Import Law for importing the walkie-talkies and one year under the Telecommunications Law for possessing them.

The sentences are to be served concurrently. She also received a two-year sentence under the Natural Disaster Management Law for allegedly violating coronavirus rules while campaigning.

Hours after that sentence was issued, the head of the military-installed government, Senior Gen. Min Aung Hlaing, reduced it by half.

Suu Kyi's party won a landslide victory in a 2020 general election, but the military claimed there was widespread fraud, an assertion that independent poll watchers doubt.

Since her first guilty verdict, Suu Kyi has been attending court hearings in prison clothes. She is being held by the military at an unknown location, where state television reported last month she would serve her sentence.

The hearings are closed to the media and spectators and the prosecutors do not comment. Her lawyers, who had been a source of information on the proceedings, were served with gag orders in October.

The military-installed government has not allowed any outside party to meet with Suu Kyi since it seized power, despite international pressure for talks including her that could ease the country's violent political crisis.

It would not allow a special envoy from the Association of Southeast Asian Nations, of which Burma is a member, to meet her. The refusal met with a rare rebuke from fellow members, who barred Min Aung Hlaing from attending its annual summit meeting.

Even Cambodian Prime Minister Hun Sen, who took over as the regional group's chair for this year and advocates engagement with the ruling generals, failed to meet her last week when he became the first head of government to visit Burma since the army's takeover.

The military's seizure of power was quickly met by nonviolent nationwide demonstrations, which security forces quashed with deadly force, killing more than 1,400 civilians, according to the Assistance Association for Political Prisoners.

Peaceful protests have continued, but amid the crackdown, an armed resistance has also grown, to the point that U.N. experts have warned the country could be sliding into civil war.

"The ... junta's courtroom circus of secret proceedings on bogus charges is all about steadily piling up more convictions against Aung San Suu Kyi so that she will remain in prison indefinitely," said Phil Robertson, deputy Asia director for Human Rights Watch.

"Senior Gen. Min Aung Hlaing and the junta leaders obviously still view her as a paramount political threat who needs to be permanently neutralized." 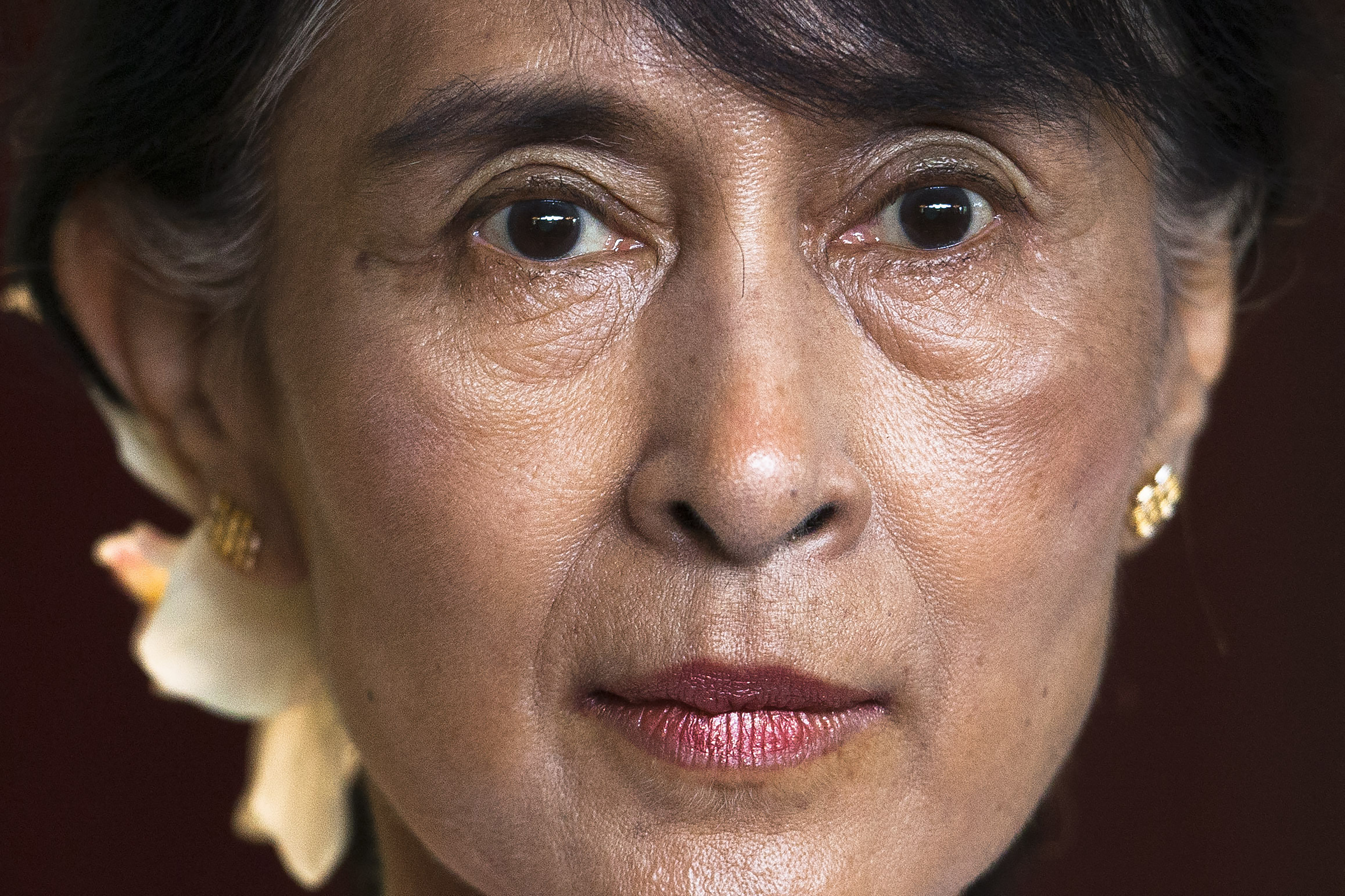