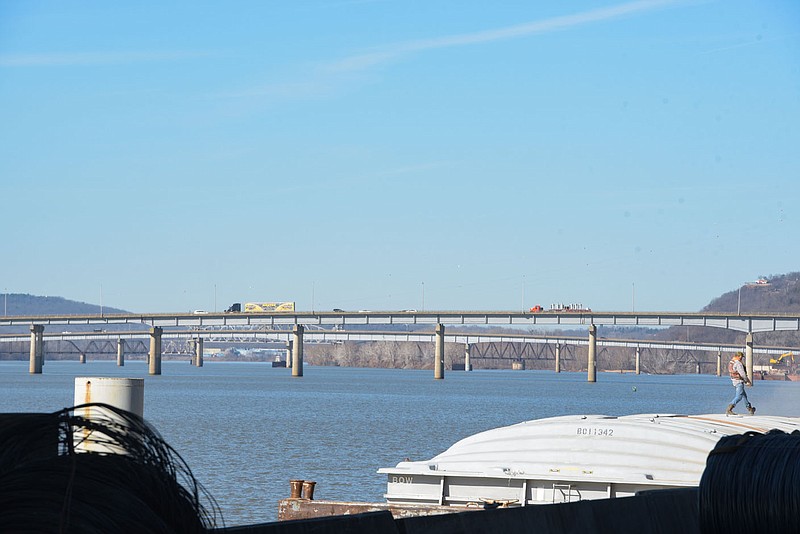 A man works at the Port of Van Buren by the Arkansas River on Thursday, Jan. 13, 2022, in Van Buren. Sen. Mat Pitsch, executive director of the Western Arkansas Intermodal Authority, recently briefed the authority's board of directors on a concept study plan report for the proposed development of an intermodal facility that would be located on the Arkansas River in Van Buren. Visit nwaonline.com/220116Daily/ for today's photo gallery. (NWA Democrat-Gazette/Hank Layton)

FORT SMITH -- The idea of a new facility to transport goods to other parts of the country is one step closer to becoming a reality in western Arkansas.

Sen. Mat Pitsch, R-Fort Smith, executive director of the Western Arkansas Intermodal Authority, presented the authority's board a study report for the proposed development of the intermodal facility during a study session on Jan. 10.

Pitsch said the authority assigned the Memphis-based Pickering Firm the following goal: To prepare an action plan for the development and expansion of an intermodal logistics park, meaning a facility involving multiple modes of transportation. This included railroad, marine terminal, transloading facilities, and commercial and industrial properties.

Pitsch said the 130-page report is being used to demonstrate the region's transportation assets and other qualities to both port developers and large companies he referred to as beneficial cargo owners. The hope is a port developer will be willing to invest private money necessary to build the facility, and beneficial cargo owners in the area will want to use the facility based on the report.

"You have someone who is a port operator that runs ports around the country," Pitsch said. "That someone has a port designer and builder that they use to build those ports for them that they operate and run around the country. But in order to do that, they need a region and an area that has enough freight that needs to be shipped, and that's what this study alluded to."

Should a port developer decide to go forward with developing the facility, cargo owners would be charged a fee to have their freight handled there, according to Pitsch.

The proposed site for the regional project is divided into two areas, north and south, and encompasses 443 acres along the Arkansas River on South Arkansas 59 southeast of Van Buren, according to the report. The undeveloped land is in a floodplain mapped by the Federal Emergency Management Agency.

Pitsch said the property belongs to private landowners, and the intermodal authority hopes they will be willing to sell.

"We'll offer fair market value," Pitsch said. "We'll see what we can get there."

Pitsch explained the authority isn't buying land yet because it only wants to purchase whatever amount a potential cargo owner and port operator say they need to do business.

The report outlines multiple planning scenarios Pickering developed for the facility at the project site, although Pitsch said they aren't set-in-stone concepts to which a port developer would need to adhere.

One scenario was for a rail- and river-serviced container port diverting container cargo from truck to rail and inland waterways, and both maximize land use and be optimized to support a container operation. It would also handle up to three design shallow draft vessels weekly and minimize container handling equipment costs.

"They felt that was the best opportunity, the most viable and the best return on investment," Pitsch said.

The report also includes a scenario called a "minimum viable concept" providing some entry-level river services for incoming vessels. The probable cost for this concept was estimated at more than $78 million.

The report states the authority needs to plan for the facility to handle 421,000 20-foot equivalent units per year, according to Pitsch.

Additional elements the report covered included market size and potential demand for the proposed intermodal facility; the Fort Smith region's proximity and accessibility to multiple major markets, such as Oklahoma City and Memphis; local workforce and population data; and intermodal connectivity in the region, among others.

The authority's board approved a preliminary engineering and design proposal from Pickering for the project in November 2020 and an environmental site review and permitting proposal for the planned project area from the Little Rock-based FTN Associates, paid for with a $450,000 matching grant from the Economic Development Administration.

The board approved a final payment to Pickering totalling $94,250 during another meeting Wednesday.

"We've had a lot of people work on this project for a long time," Jay White, board chairman, said Wednesday. "But it's going to take all of us to support this, to be that champion, to push this forward, and just to support it."

The authority signed a five-year, nonbinding memorandum of understanding with the Plaquemines Port Harbor and Terminal District in Louisiana and inland waterway shipper American Patriot Container Transport of New Orleans in 2019. The intent of this was to develop an intermodal port in Crawford County as part of a multi-state initiative to ship container freight using inland river systems. 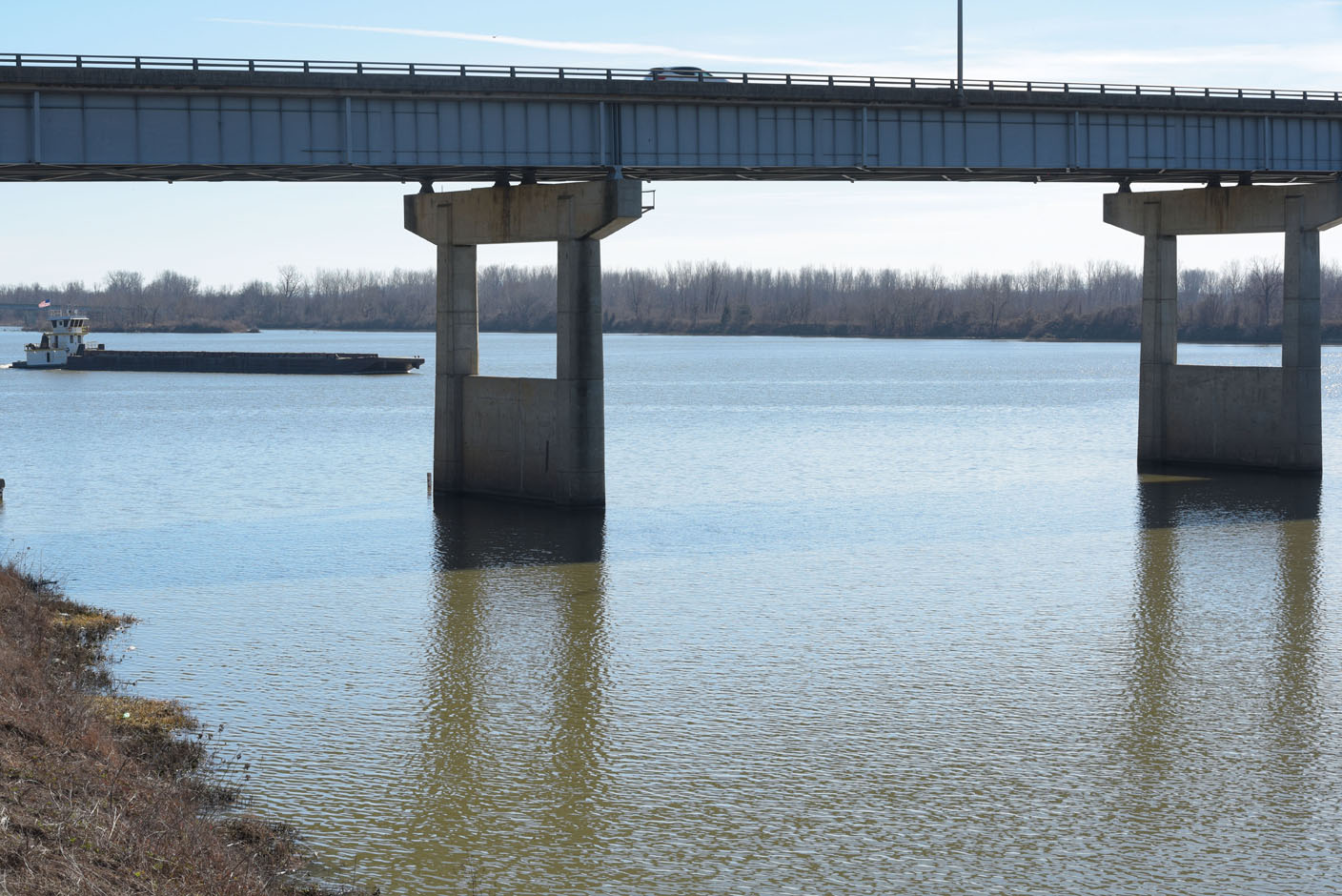 A vessel travels along the Arkansas River on Thursday, Jan. 13, 2022, in Van Buren. Sen. Mat Pitsch, executive director of the Western Arkansas Intermodal Authority, recently briefed the authority's board of directors on a concept study plan report for the proposed development of an intermodal facility that would be located on the Arkansas River in Van Buren. Visit nwaonline.com/220116Daily/ for today's photo gallery. (NWA Democrat-Gazette/Hank Layton)