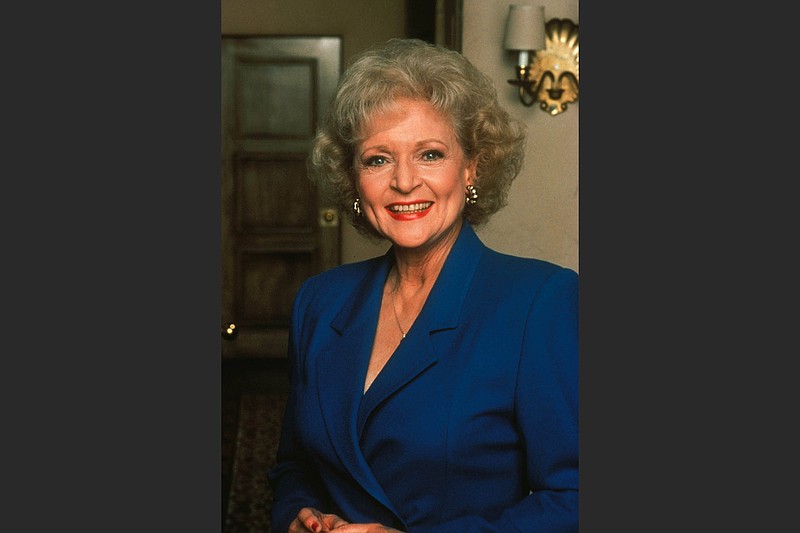 New to Hulu is "The Golden Palace" — 24 episodes dropped at once — which shares a theme song and three actresses with "The Golden Girls," a show about four widows sharing a house in Miami. Set in an age of padded shoulders and roomy pants, it is an old-fashioned, multicamera affair, to the point even of the cultural references, which will require recourse to the encyclopedia: Gordon MacRae, Leona Helmsley, Senor Wences, Jimmy Swaggart, Paul Prudhomme, Chia Pet, "I Dream of Jeannie" and "That Girl."

In "The Golden Palace," which turns a domestic comedy into a workplace comedy (albeit a workplace in which the characters also live), Blanche (Rue McClanahan), Rose (Betty White) and Sophia (Estelle Getty) buy a hotel they have been assured is a good investment but which turns out to be a bad one, even though it is a well-equipped beachfront property. The staff they find has been reduced to two: manager Roland (Don Cheadle, a young man who should go far in this business) and chef Chuy (Cheech Marin, moving beyond comedy), adding Black and brown actors where formerly there were none. There is also a child, Oliver (Billy L. Sullivan), because that must have seemed a good idea, until his removal halfway through the season.

Although the hotel does better or worse depending on the needs of any given episode, there are often few to no vacancies, and the dining room is usually full. Still, there are no new hires, the entire hotel and restaurant being run by the aforementioned cast. (Getty, around 70 — and playing around 90, I reckon — busses tables.)

Blanche, like Du Bois, is what one might call extremely sex-positive, a woman who wore out three mattresses guaranteed to last a lifetime; Rose, a child in Betty White's body, is a sweet Midwestern farm girl of fanciful Scandinavian descent; and Sophia intimates intimate knowledge of organized crime. Sometimes they get to play against type, or express deep-ish thoughts or real emotions, or just explode. "You tell that ungrateful vermin at table four if he doesn't shut up about his damn muffins I'll pour hot butter in his nooks and crannies," spits Rose, uncharacteristically, for the laugh.

Should you watch this show? Even with 24 episodes, you can get through it all in a few dedicated nights, so why not? Does it matter that you can supply the punchlines to a good number of jokes before the actors get there? As when Blanche's son Matthew (guest Bill Engvall) confesses, "We like the same things," and she answers, "Oh my God, you're gay." Perhaps that will make you feel brilliant. Perhaps it will just feel comforting, as when you open the door to your own house after a rough day away.

The cast is great — legendary, one might say — even if they are playing in a sequel to a show people remember better and love more. And If nothing else there are 24 episodes worth of Betty White that were unavailable a week ago. Guest stars include George Burns, Eddie Albert (playing a character called Mr. Douglas), Bobcat Goldthwait, Barry Bostwick, Ned Beatty, Ricardo Montalban, Harvey Korman and Tim Conway amid other notable emissaries from the late 20th century. Bea Arthur, the absent Golden Girl, pays a two-episode visit.

There are a lot of sex jokes, and jokes about being old, and the dynamite combination of jokes about sex and being old. (You might plausibly regard them — some of them — as empowering.) Blanche, as mentioned, is much concerned with sex, and many of her lines have to do with the sex she wants to have, or has had and sometimes is having. (It is, of course, not the sort of show in which people are seen in bed together, unless, say, the women have to bunk together to free up a room.) Sophia calls her a "slut" and like endearments, though she herself has a habit of commenting on men's backsides. Even Rose has a story about dressing up as storybook characters with her late husband or making love in their barn. (Blanche: "How could you do it with all those cows watching you?" Rose: "How could you not?") Occasionally Marin is handed a pot joke, because he's Cheech Marin. ("Do I look like the kind of guy that would smoke marijuana?") But he's given sex jokes too.

Some jokes do sound as if they were written, well, 30 years ago. An episode in which the hotel is repeatedly mistaken for a Chinese restaurant works to another gag in which "Who me?" is meant to sound like a Chinese name and enlists Margaret Cho to say, "Dog? No cook dog!" A line about looking like "the last of the Mohicans" is meant to indicate a flushed complexion. There are gags about women who look like men, and women who look like men dressed as women. There is a sexual harassment joke — "You lick one gardener on the back of the neck, all of a sudden it's a federal offense," Blanche says — I will leave you to process or let slide. (It is, in any case, consistent with the character.)

On the other hand, there is one clear engagement with the past, present and future — an exchange you might have seen rocketing around the internet — when, in the episode "Camp Town Races Aren't Nearly as Much Fun as They Used to Be," the intensely Dixie-fied Blanche hangs a Confederate flag in front of the reception desk to welcome guests from the Daughters of the Traditional South and Roland threatens to quit.

"This flag is not about college football games or quilting bees or fried chicken on Sunday," he will finally say, by way of educating her. "It's about colleges that won't let me in; it's about companies that won't hire me; it is about crosses being burnt on people's lawns today, not in the evil past, Blanche, today." Adding for regional balance: "And not just in the south, all over, the north is just as bad."

Handshake, soul shake. Applause. Hug. In 30 years it should all be fine.