'The Last Mona Lisa' and other reads this month 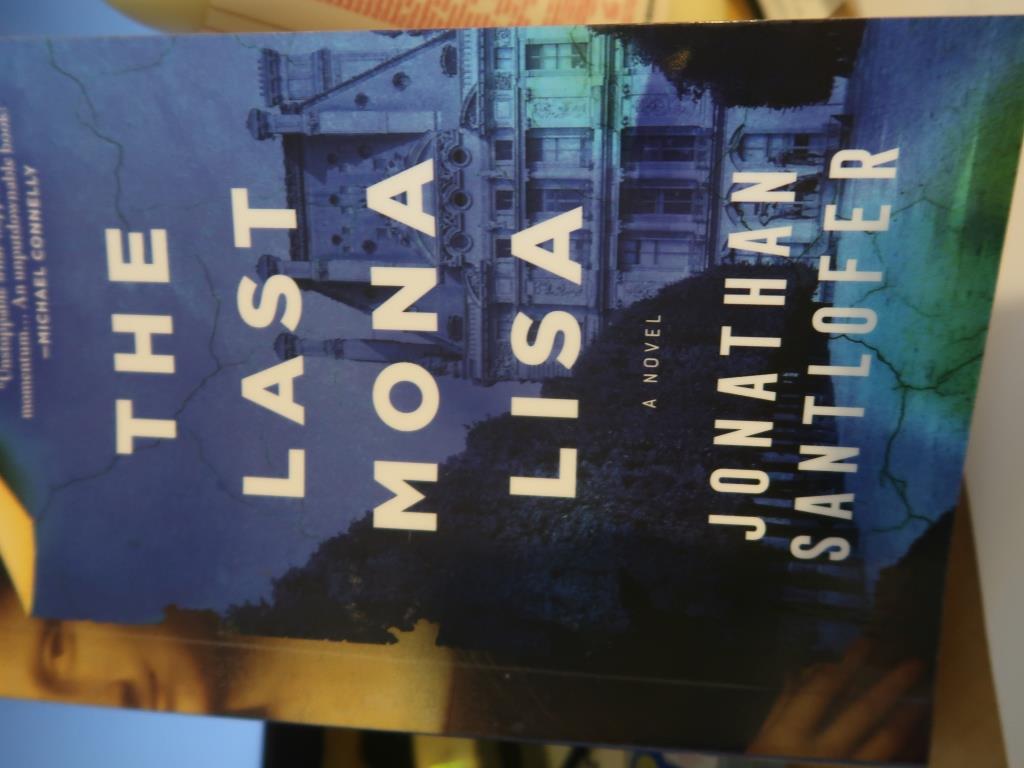 The Last Mona Lisa by Jonathan Santlofer was our January book for our online book club.

Historical fiction, it was a mystery centered around a young art professor, Luke, who is on a quest to find out what really happened back in 1911 when his great-grandfather, Vincent Peruggia was imprisoned for stealing the Mona Lisa.  When I started reading, it felt a little like the DaVinci Code (a book I adored), but sadly, the story didn’t hold up well for me.  I read a lot of mysteries, and it is a genre I love.  I want to be engrossed in the mystery, try to solve it based on clues in the story, but I also want to be engaged with the characters.  I didn’t connect with any of the characters in the book, nor did I care for any of them very much.  I had things figured out way before anyone in the book did, and Interpol and the French police looked more like keystone cops.

The chapters are divided between the first-person point of view of Luke, (the great-grandson), and then third person pov from two bad guy characters, a female love interest/possible bad guy; and a clueless Interpol investigator, and then the long-lost journal writings of the deceased great-grandfather, Vincent.  It gets pretty jumbled.  I think I knew more about crime solving than any of the police or investigators in the book.  No one even questioned how easily they were being followed or tracked.  When people started turning up dead, very few put two and two together to figure they might be related.   The writing style was amateurish.  Luke falling madly in love so quickly with Alex when there were so many red flags was also unbelievable.

I truly believe the author was trying to make Vincent a sympathetic character who had been wronged, and thus forced to do what he did. I didn’t find that to be true for me.  In the end, he made his way through deceit and wrong doings, and while he did spend time in prison, once he got out, he managed to benefit from misdeeds.  Luke idolized him without even knowing much about him.

I also found it odd that Luke, an artist himself, and an art professor, who was so engrossed in the story of the Mona Lisa and taught so many levels of art history, but had never visited any of the great museums and art around the world.  But then, with an email about the journal arrives, he takes leave from his job and flies around the world to investigate.

Some positive notes: it was based on a true story.  A man named Vincenzo Peruggia did steal the Mona Lisa in 1911, and was caught and arrested when he tried to sell the painting two years later to the Uffizi in Florence.  There are still some unproven theories circulating, even today, that the Mona Lisa in the Louvre is an imposter.  The author is an artist himself, so some of the narrative on art is quite good.  I also liked his descriptive writing about Florence and Paris—both cities I have been to, so it was fun revisiting many of the places I had been through words.

While there were some positives, it was not a favorite of mine, and I would not recommend it, but I think some of our other members would. I liked it the least of the 5 of us in book club.  Three of our members gave it a 4 and one a 3.5, and I gave it a 3, so overall it got a 3.7 rating—a good rating.  Always fun to discuss a book, and I did learn something.

So far in January, in addition to this book, and my other book club book The Women of Copper Country, I have read a few more C.J. Box books, a Harlan Coben book, Patricia Cornwell, and a new author to me Robert Dugoni – Murder One.  I also read two John Grisham books—Sooley (interesting, but I was surprised it was about basketball), and A Painted House. I thoroughly enjoyed it. I am cleaning out bookshelves and was about to put it in the library book sale pile, when I realized I had never read it.  I am glad I did.  The latest one I just finished was The Paris Library by Janet Skeslien Charles.  It was a very interesting read.

What are you reading?