Bieniemy once again a hot commodity 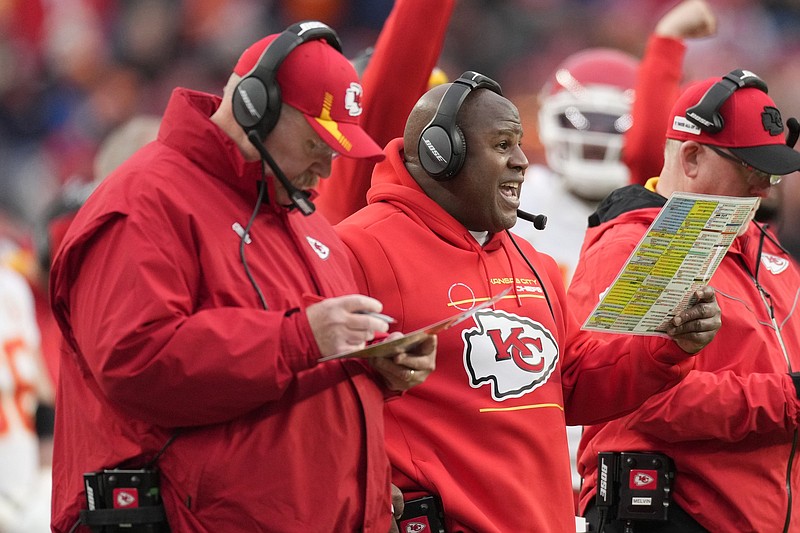 Kansas City Chiefs Coach Andy Reid (left) and offensive coordinator Eric Bieniemy lead the Chiefs against the Buffalo Bills in the AFC divisional playoffs Sunday. Bieniemy has been passed over for numerous head coaching positions the past few seasons and is a hot commodity again this offseason. (AP/David Zalubowski)

That hasn't diminished the interest teams have in Andy Reid's offensive coordinators.

Passed over several times for head coaching jobs over the past few seasons, Eric Bieniemy is again a hot commodity as the Chiefs prepare for a divisional-round matchup with the Bills on Sunday night. He spoke virtually with the Jaguars, Jets, Chargers, Falcons and Lions about their openings last season, and he's been in touch with the Broncos about their job this season.

"All of that stuff is going to take care of itself," he said. "And do not get me wrong, I am blessed and I am fortunate to be a part of that chatter, to be a part of some of the things that are taking place, but right now my focus is to make sure that we are ready to play a 60-minute game where we can go out there and play hard and play fast."

Despite their disappointing fates, it's not as if Bieniemy's predecessors in charge of the Chiefs offense were total failures.

After spending three years in the job as part of Reid's initial staff in Kansas City, Pederson was plucked away to rebuild the Eagles. He went 7-9 his first season before going 13-3 and winning the Super Bowl in Year 2. Two more playoff appearances followed before a 4-11-1 flop in 2020 led to Pederson's firing.

Nagy was fired earlier this month after a rollercoaster ride in Chicago. It included the soaring highs of a 12-4 debut and a pair of wild-card game appearances along with the crushing low of a 6-11 season that led to his ouster.

Pederson and Nagy are just two limbs on the Reid coaching tree, too.

And let's not forget, Bills Coach Sean McDermott got his start working for Reid during his days in Philadelphia.

So why has Reid been so successful at developing assistant coaches?

"First of all," Bieniemy said, "he's a father figure. He's been around a number of years, and he's very, very consistent in what he does. He does a great job of delegating and making sure that everybody knows exactly what their roles are. But on top of that, he allows you to be yourself. He wants you to be the expert at what you do.

"So, when you have a coach that's not always just saying, 'You have to do this,' or, 'You have to do that,' it makes it special," Bieniemy explained, "because guys can come to work feeling comfortable in their own skin and going out there and perform up to their best capabilities. Then, another thing is there are no egos. We all work together." 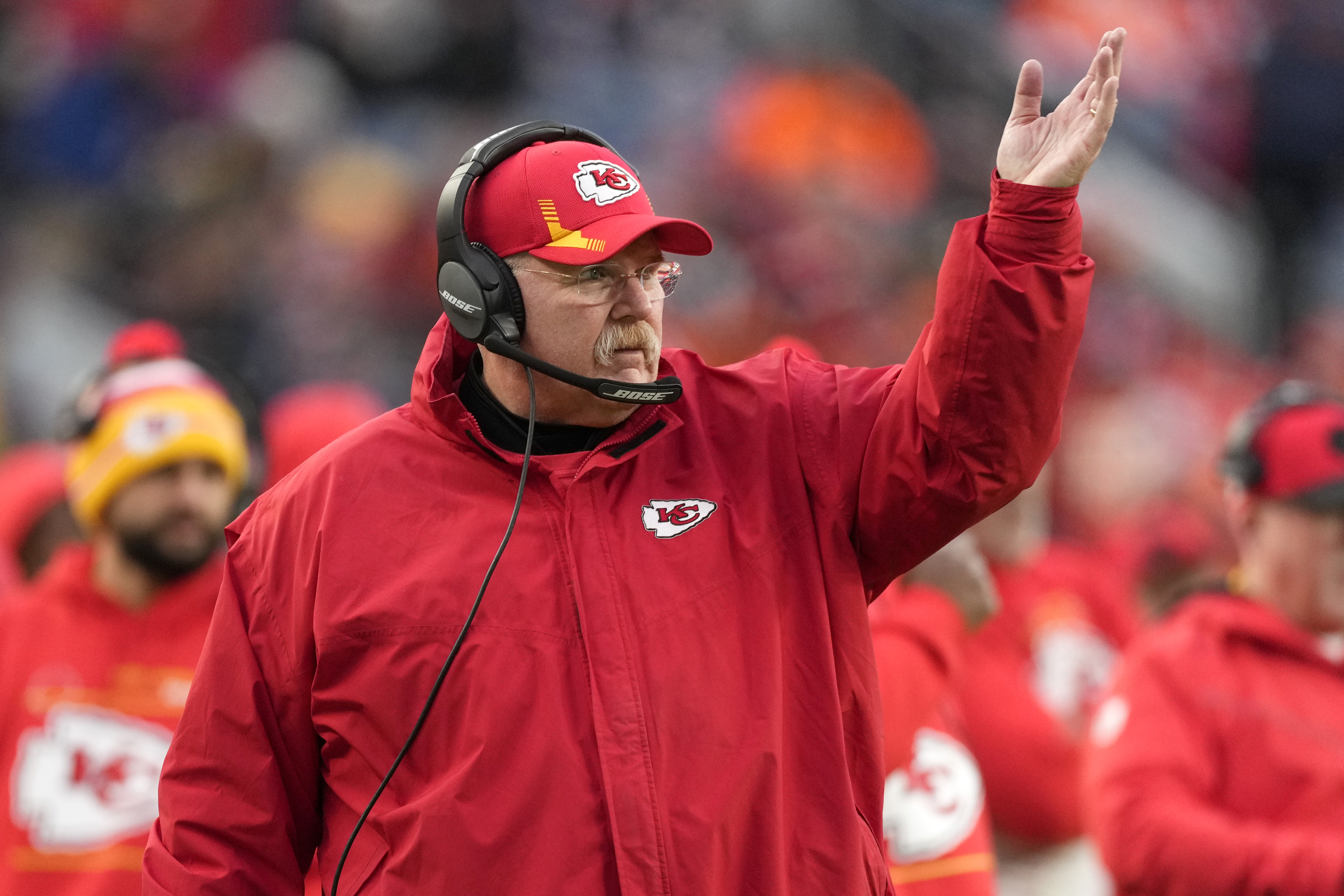 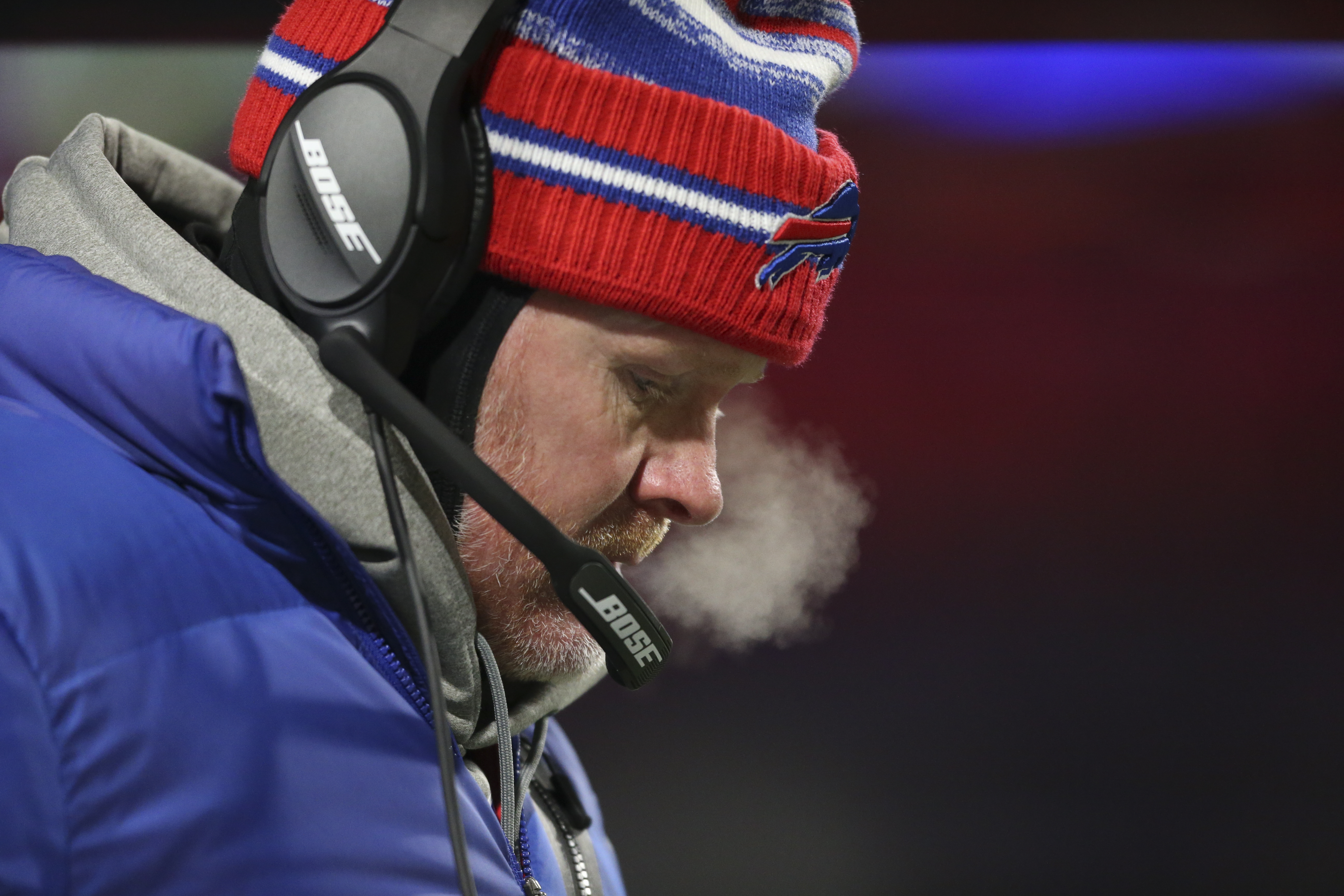 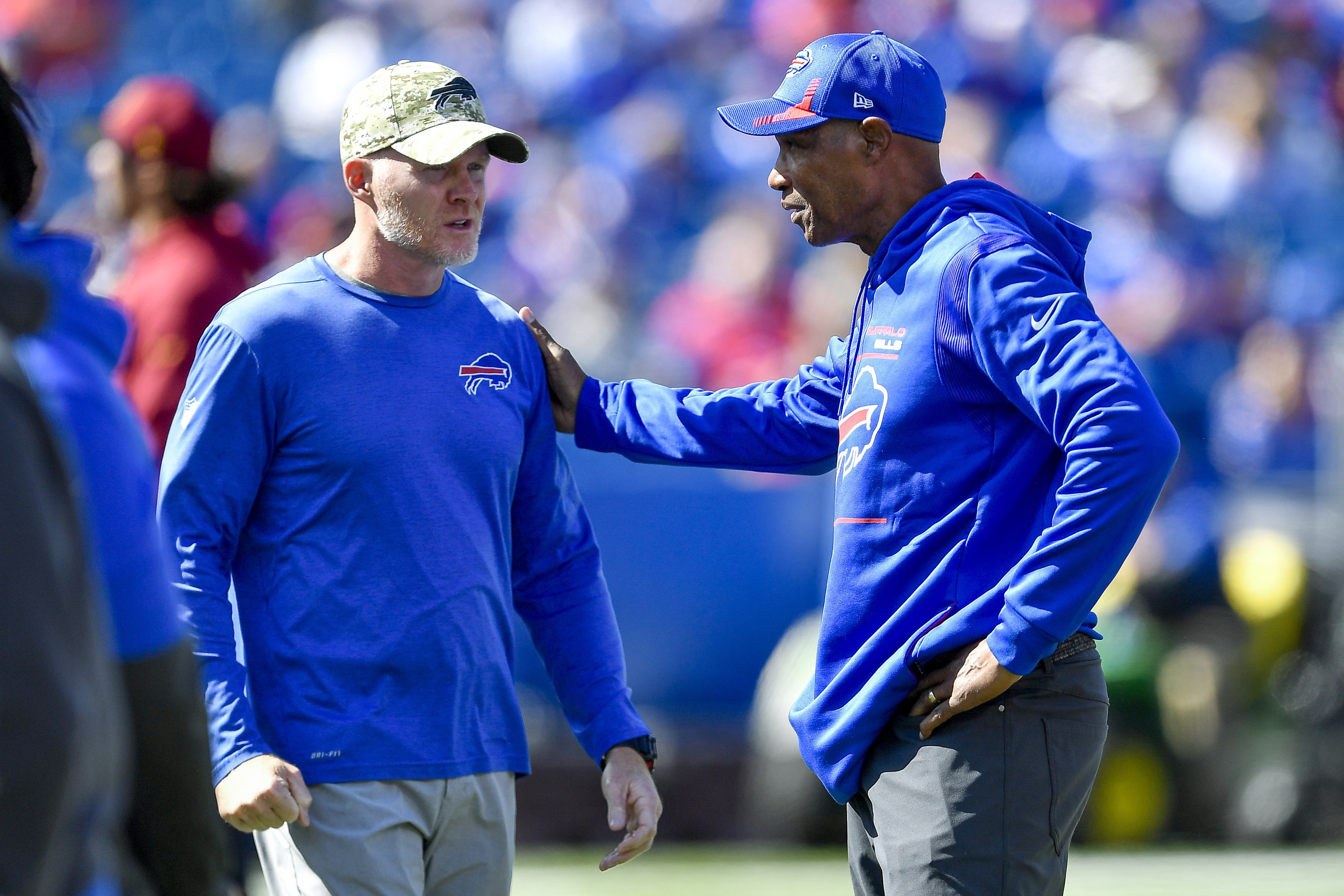 FILE - Buffalo Bills head coach Sean McDermott, left, talks with defensive coordinator Leslie Frazier before an NFL football game against the Washington Football Team on Sept. 26, 2021, in Orchard Park, N.Y. Frazier is credited for providing the Bills a calm and reassuring voice even at the the most troubling times.(AP Photo/Adrian Kraus, File)