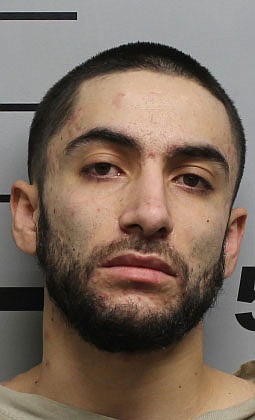 BENTONVILLE -- A man pleaded not guilty to a charge accusing him of killing a co-worker at a Gentry restaurant.

Martin E. Tavarez-Torres is charged with capital murder. He pleaded not guilty Thursday at his arraignment before Benton County Circuit Judge Robin Green.

If convicted of the charge, he'll be sentenced to life imprisonment without the benefit of parole. Thomas Gean, deputy prosecutor, waived the death penalty at the hearing.

Tavarez-Torres, 21, is accused of acting with premeditation and deliberation in causing the death of Fidel Mercado Reyes.

Reyes was pronounced dead Nov. 10 at Siloam Springs Regional Hospital. He was shot once in the back of the head, according to a probable cause affidavit.

Reyes was a cook at La Huerta in Gentry. Police were called to the restaurant in response to the shooting. The restaurant staff told police the shooter was the nephew of the restaurant's owner and had started working there that week, according to the affidavit.

Tavarez-Torres fled the scene in his pickup. He was arrested in Fayetteville after police learned his brother lived there, according to the affidavit.

Reyes' brother, Victor Reyes, told police his brother was trying to help a new employee by allowing him to stay at his home and the two went to work together in Tavarez-Torres' pickup, according to the affidavit.

Tavarez-Torres' next court appearance is set for March 3. He is being held without bond in the Benton County Jail.