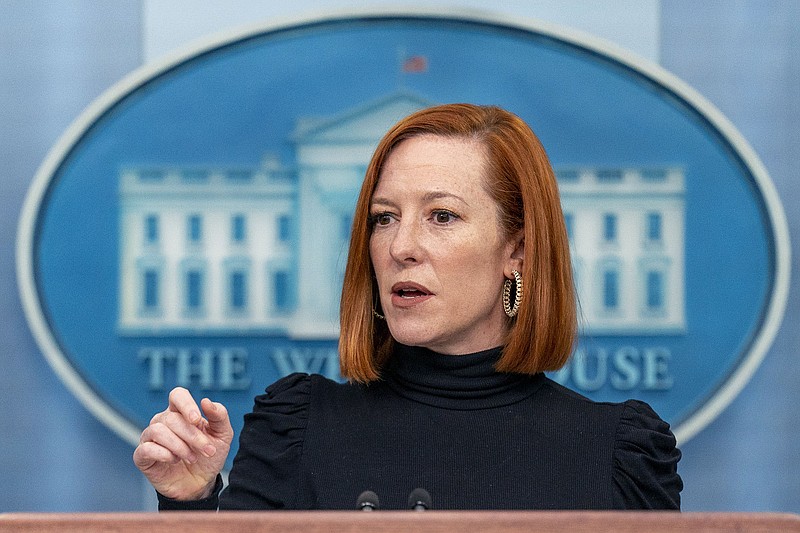 Judge Jeffrey Brown, who was appointed to the District Court for the Southern District of Texas by then-President Donald Trump, ruled that opponents of Biden's vaccination mandate for federal employees were likely to succeed at trial and blocked the government from enforcing the requirement.

Biden announced in September that more than 3.5 million federal workers were required to undergo vaccination, with no option to get regularly tested instead, unless they secured approved medical or religious exemptions. The requirement took effect in November, and White House press secretary Jen Psaki said Friday that 98% of federal workers are vaccinated.

[DOCUMENT: Read the injunction on the U.S. vaccine mandate » arkansasonline.com/122jvbrown/]

"We are confident in our legal authority here," she said.

Those out of compliance with the policy were referred to counseling and could be terminated under an executive order signed by Biden.

Brown wrote that at issue was whether the president "can, with the stroke of a pen and without the input of Congress, require millions of federal employees to undergo a medical procedure as a condition of their employment." He added, "That, under the current state of the law as just recently expressed by the [U.S.] Supreme Court, is a bridge too far."

The Justice Department said it would appeal.

The suit was brought by the group Feds for Medical Freedom.