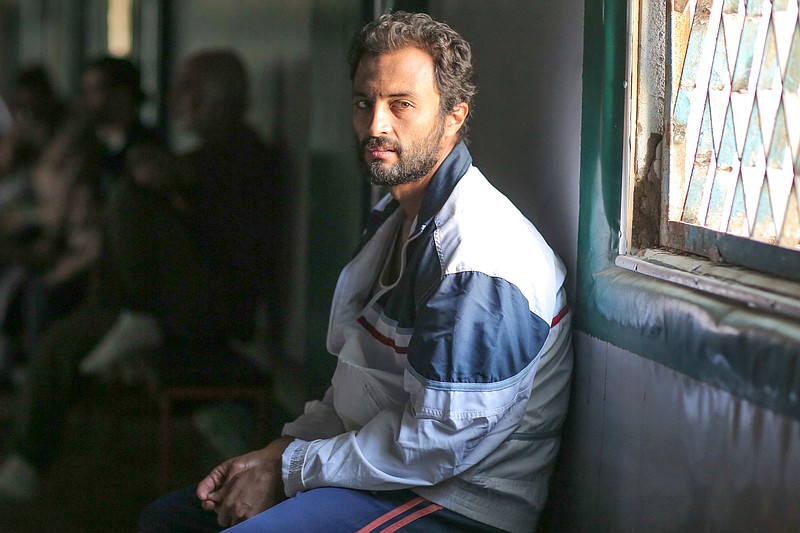 Working class, naive and honest Rahim (Amir Jadidi) is being held in prison for debts no honest man can pay in Iranian director Asghar Farhadi’s morally intricate and subversive drama “A Hero.”

For my own personal money, there are only a handful of must-see filmmakers in the business today. I'm talking about consummate storytellers with a cinematic vision and/or voice so profound that I'm compelled to see every movie they put out. When talking about those uniquely gifted few, Iranian auteur Asghar Farhadi is unquestionably near the top of my list.

Farhadi's filmmaking talents are explicit in every movie he makes and the more you watch him the more you see him returning to many of the same themes. His movies often feature layered stories that poke at social and cultural norms of modern day Iran. They also tend to dig deep into human nature often through the prism of everyday family conflict. And Farhadi has never shied away from using his characters and their situations to pose thought-provoking moral questions. He wraps it all in a slow-simmering down-to-earth suspense.

You'll find all of those things woven into the very fabric of Farhadi's latest drama "A Hero," a Grand Prix winner at last year's Cannes Film Festival. Back in October, Arkansans had the opportunity to get an early look at the movie as part of Arkansas Cinema Society's Filmland event. It has been in my head ever since. Now it finally gets its proper U.S. release via Amazon Prime streaming and I can't recommend it enough.

"A Hero" is yet another mesmerizing Farhadi tale that highlights his strengths both as a screenwriter and as a director. In terms of script, the story is dense and dialogue-heavy, resembling a modern day morality play with a touch of mystery. It has a fascinating cyclical structure that repeatedly brings us back to the story's central conflict while adding more pieces to the puzzle with each visit. As for his direction, Farhadi maintains a tight control of his story, moving it along at an organic pace and often using his camera as much as his pen to capture emotion and perspective.

The story revolves around a man named Rahim who's serving jail time due to an unpaid debt. The film opens as Rahim is given a two-day furlough which he hopes to spend mustering up a plan to pay back the money rather than going back to prison. Rahim is played with a disarming gentleness by Amir Jadidi. It's a shrewdly subtle lead performance that at times feels like it has a baked-in Bressonian influence.

As with most of Farhadi's characters, there's more to Rahim than meets the eye. His backstory is untangled through a number of conversations and revelations. We learn he borrowed money from a loan shark to start a business but was double-crossed when his thieving partner ran out on him. So Rahim sought the help of a family friend Bahram (Mohsen Tanabandeh) who bailed him out with the loan shark under agreement that Rahim would pay him back. When he couldn't, the surly Bahram filed a complaint and had Rahim put in jail.

That all may sound pretty cut and dry and those unfamiliar with Farhadi's storytelling cadence may be tempted to make quick judgments on who's the hapless hero and who's the unforgiving villain. But there's much more to unpack as pieces of the story fall in and out of place. And as with everyday life, things are often more complicated than they first appear.

The tricky part comes in the form of a handbag containing 17 gold coins. Rahim's secret fiancee Farkhondeh (Sahar Goldoust) finds the purse at a bus stop and immediately believes she has found a solution to her beau's problem. The two first try selling the coins hoping to get enough money to pay Bahram so that he'll withdraw his complaint. But after learning gold prices have tanked, they're forced to think of something else. They decide to put up fliers around the city hoping the owner will see them and respond. After all , a little good press certainty wouldn't hurt his plight. And news of a good deed from a man in need just might earn the sympathies of people willing to help his cause.

To talk much more about the story would be doing a disservice because "A Hero" is all about methodically peeling back its layers one by one. I'll just say things get complicated especially when the bag's grateful owner answers one of his fliers. There's also a poignant father/son dynamic between Rahim and his speech-impaired son Siavash (Saleh Karimaei). Their relationship not only has a significant role to play, but it features the film's most moving moments (one especially evocative scene instantly called to mind Vittorio De Sica's "Bicycle Thieves").

Farhadi unwraps it all without ever passing judgment or looking down on his characters. His eye-level storytelling enables us to understand every key player and grasp their points of view. He then counts on his audience to be the final judge. Along the way, he has things to say about social media, class and the justice system while plowing into deeper themes of honor, integrity and self-respect. It may not pack as big of a punch as some of his past work, but "A Hero" embodies everything I love about an Asghar Farhadi film, from its visually arresting opening to its beautifully understated finish.