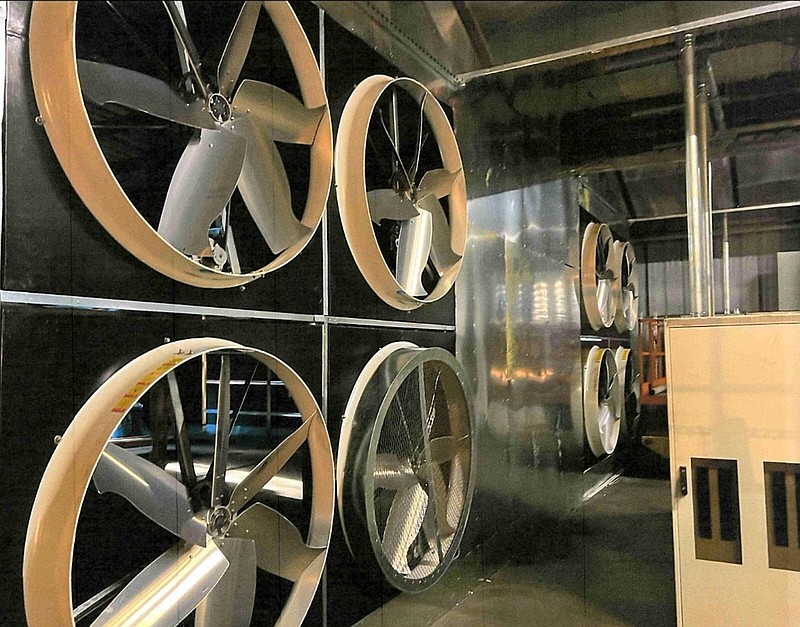 While on board with crypto mining operations coming to Pine Bluff, the location of the facility was given a thumbs down by Southeast Arkansas Regional Planning Executive Director Larry Reynolds.

During the city of Pine Bluff Planning Commission meeting this week, the commission made a motion to table the request for 30 days from Joe Delmendo of Commonwealth Real Estate to establish a data center for a crypto mining business at the old Pine Bluff Commercial building since no one was there to speak on behalf of the company or to defend the application request. Final determination on the request is up to the Planning Commission, but the commission typically gives serious consideration to staff recommendations.

Delmendo bought the building at auction in November for $619,000. Another company official told The Commercial recently the operation could attract an investment of $10 million to $15 million and employ up to 75 people.

According to Reynolds in his written recommendation, the request to establish a data center for crypto mining at 300 Beech in the B-4 commercial zone was much different than previous requests.

"In the past, if someone requested approval for a data center, staff would have assumed an office setting with staff and computers working standard office hours," he said. "Upon review, this industry is different."

Reynolds gave a description of what crypto mining is, saying the process creates individual blocks added to the blockchain by solving complex mathematical problems through the use of computers.

"The purpose of mining is to verify cryptocurrency transactions and show proof of work, adding this information to a block on the blockchain, which acts as a ledger for mining transactions," he said. "In a dual-edged sword, powerful hardware requires more electricity to run, which is the first hit against proof-of-work solutions. After all, the entire point of mining is to make a profit--and a higher electricity bill eats into the profits. To solve that, many miners locate their machinery in places that offer cheap electricity rates, which in turn typically rely on fossil fuels instead of renewable or even nuclear energy. That is a double-whammy to the environment--more energy use in dirtier places."

Delmendo, in the application, also gave details of the proposed use in his application stating the building would be for data operations including but not limited to computer hardware and computer servers to support crypto mining, artificial intelligence and other IT operations for the purpose of storing, processing and disseminating data and applications.

"The reason for the request is because the city informed us based on the information provided initially to the Zoning office, the proposed use of property did not fall within any of the current listed categorized in Section 29-111 (b) of the Code of Ordinances of the City of Pine Bluff," said Delmendo in his application. "In accordance with that same ordinance, we were advised to submit this UPOR Request." UPOR stands for "use permitted on review" and refers to operations that may not fall into a specific zoning description.

Reynolds said to keep the high-speed processors cool, external fans are used, creating noise. In his research, Reynolds said he found a couple of common factors in crypto mining:

• They require a tremendous amount of energy to run the processors.

• Sites operate 24/7 and use external fans to provide the cooling power.

• Areas have noted the sound emitted is a constant drone.

Reynolds said he found no mention of projected energy consumption nor whether any discussion with Entergy has taken place to ascertain whether the amount of electricity needed would be a drain on the power grid.

"In some areas, electricity costs have risen on all consumers because of the increased demand. With increased power comes increased environmental concerns due to fossil fuel usage," he said. "China has banned crypto mining for this purpose."

While Reynolds said he is in favor of the development, the purpose of the land use code is to maintain neighborhood characteristics.

"Although there are properties near that appear to be beyond repair, you still have residences across the tracks, a church across the street and a school a block away," said Reynolds. "Other considerations are the proximity to the B-5 district with redevelopment plans in place as well the vicinity of the historic district."

Reynolds added the comprehensive plan recently adopted by the city has its focus areas and the redevelopment of the downtown area inclusive of residential housing are both in the core and on the fringe.

"Based on issues that other areas have experienced, no information on the effect of the need and availability of energy as well as the impact of prospective noise on the surrounding properties, staff recommends against the proposal at this location," said Reynolds. "It would appear this type of operation would be more feasible in the higher, more intense industrial zones." 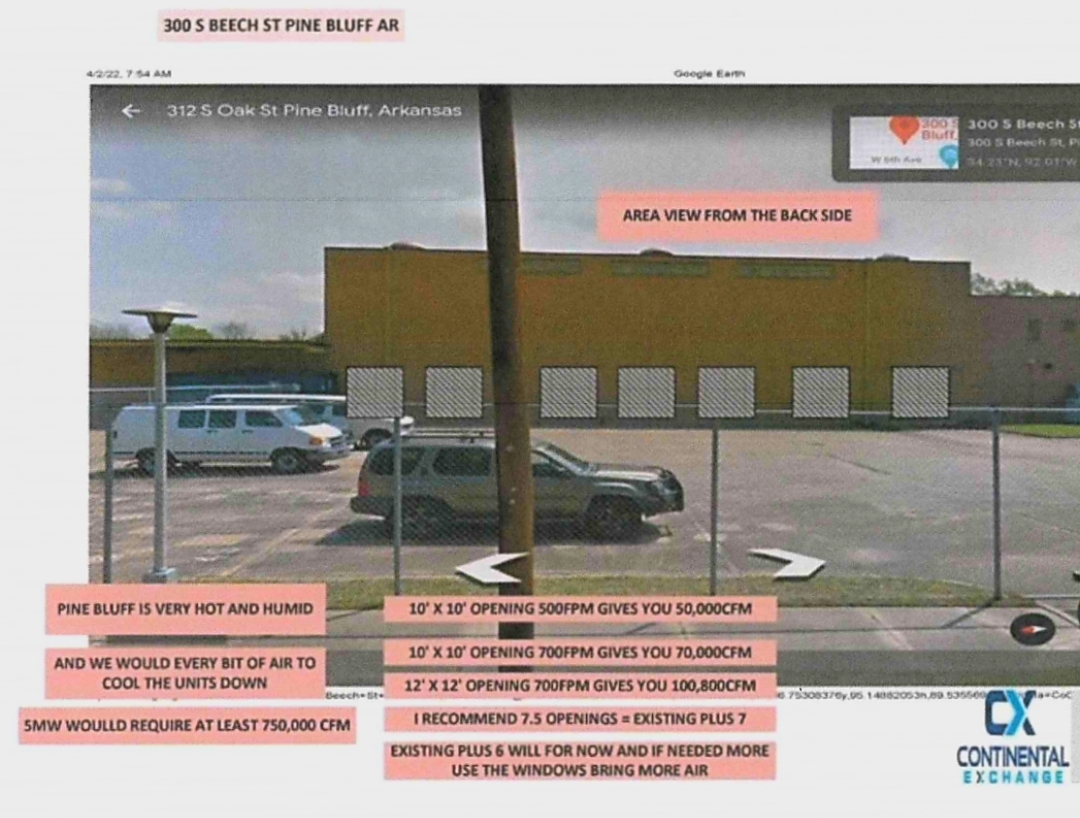 Plans were submitted to establish a data center for a crypto mining business at the old Pine Bluff Commercial building but were tabled by the Pine Bluff Planning Commission because there was no one from the business present who could speak on behalf of the application. (Special to the Commercial) 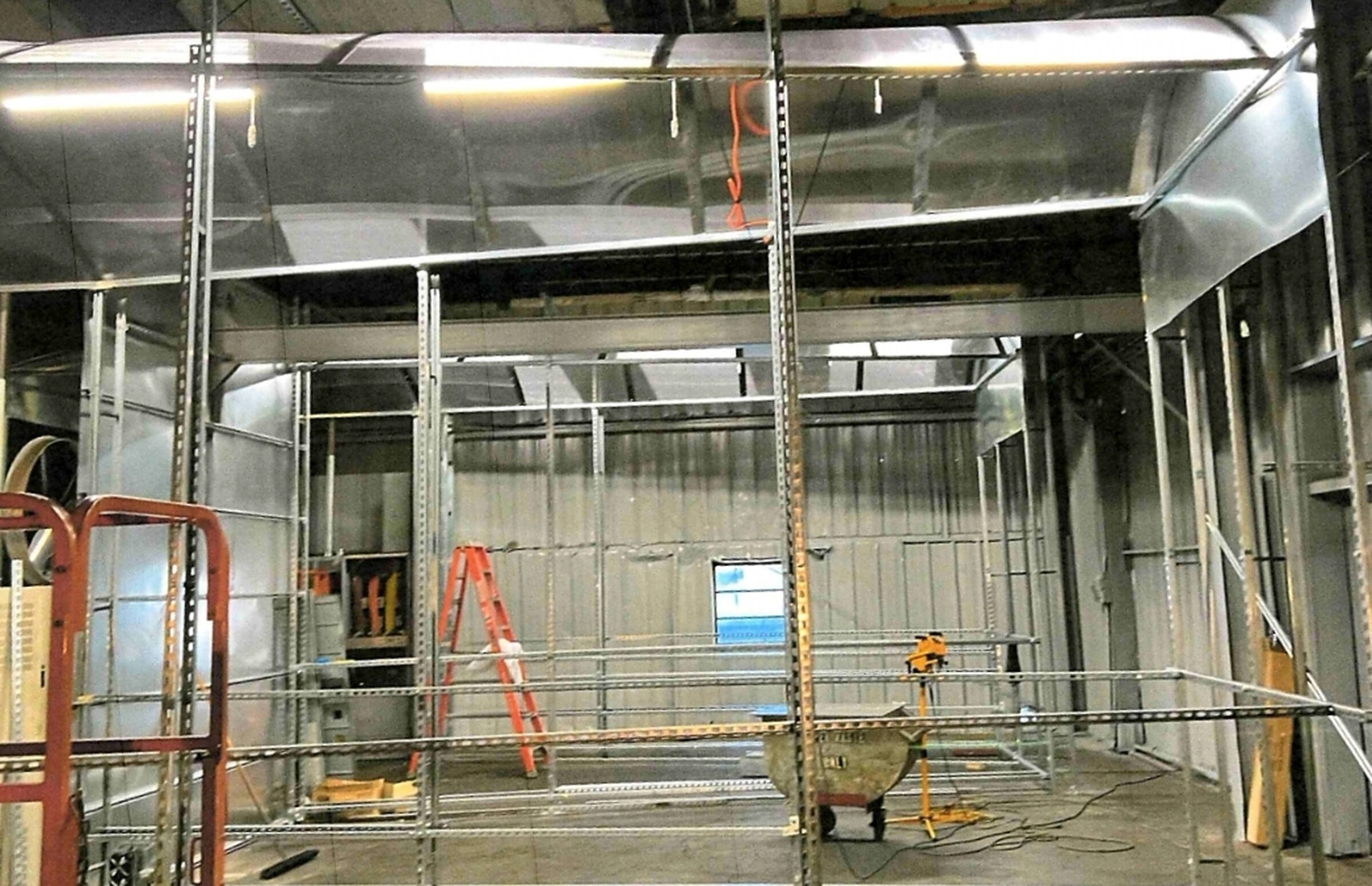 The new owner of the old newspaper building submitted this photo with an application to turn the structure into a crypto mining operation. (Special to the Commercial)