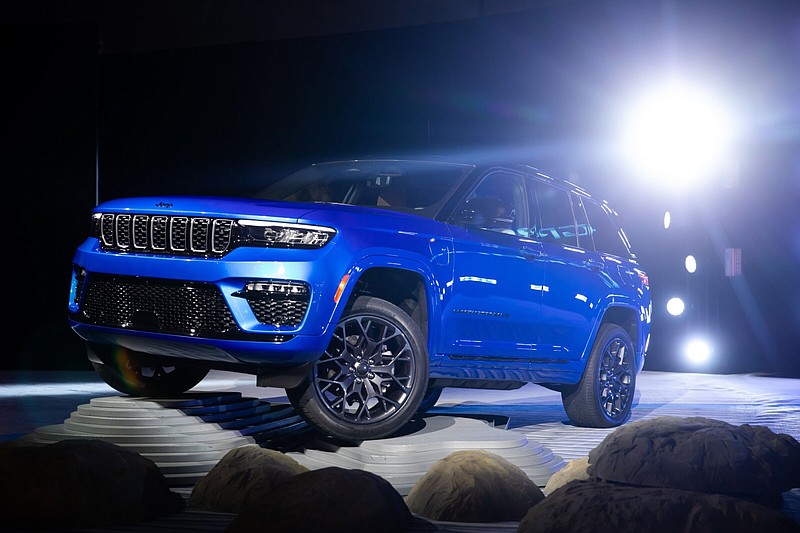 One of Europe's biggest automakers warned after a landmark deal to phase out combustion engines that the industry is doomed unless electric vehicles get less expensive.

Stellantis is aiming to cut the cost of making electric vehicles, commonly called EVs, 40% by 2030, Chief Manufacturing Officer Arnaud Deboeuf said last week. The producer of Fiats and Peugeots plans to manufacture some parts in-house and to also pressure suppliers to cut the price of their products.

If EVs don't get cheaper, "the market will collapse," Deboeuf said at the company's Tremery factory in France. "It's a big challenge."

Stellantis is planning to introduce more than 75 fully electric models this decade and to transform at least some of its French car plants to make EVs. While the company is spending big on the rollout, it is pledging to maintain strong returns, relying on extra revenue from software and services, as well as some premium vehicles.

EV prices are going up at a dizzying pace these days. Tesla raised prices by as much as $6,000 per car last month, following similar hikes earlier this year from Rivian Automotive and Ford. Rising raw materials costs are rendering some battery-powered models unprofitable, Ford Chief Financial Officer John Lawler said at an investor conference in June.

European Union countries last week endorsed a push to eliminate carbon emissions from new cars by 2035. With EU lawmakers in favor of giving up fossil fuels in the auto industry, it is highly likely that most manufacturers will have to shift to producing EVs in little more than a decade.

While Stellantis will comply with the decision, policymakers appear to "not care" whether automakers have enough raw materials to underpin the shift, Chief Executive Officer Carlos Tavares said last week.

Greater demand for EV batteries between 2024 and 2027 -- a period before more European capacity is due to come online -- will benefit Asian producers and "put at risk" cell output in the West, Tavares said during a factory visit in Metz in Northeastern France.

Stellantis is developing five large battery factories across North America and Europe to produce 400 gigawatt-hours of cells by 2030. He added the company won't rule out buying a mine to secure raw material supplies.

Stellantis is also considering to what extent it may produce its own energy to buffer rising prices in case of supply disruptions as a result of Russia's invasion of Ukraine.

"We have significant areas where we could put solar panels," Tavares said.

The executives were speaking during a trip aimed at showcasing how the automaker is transforming some of its French combustion engine and gearbox plants to make EV parts. Tavares offered no guarantees that all European factories will make the transition, saying that depends on whether the overall auto market holds up.