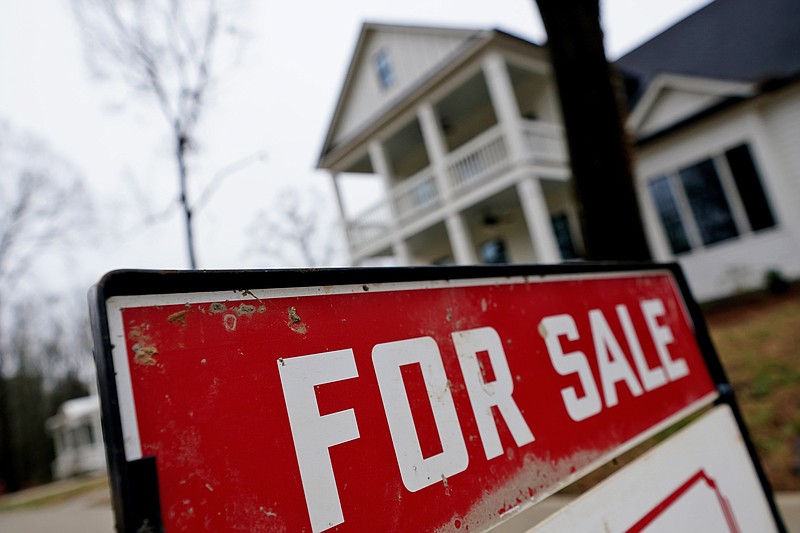 WASHINGTON -- Average long-term U.S. mortgage rates were back up this week, just as the latest government data shows inflation has not slowed, meaning the Federal Reserve is likely to raise its benchmark borrowing rate later this month.

The Fed raised its benchmark rate by a half-point in May and another three-quarters of a point last month, the biggest single increase since 1994. Fed policymakers have signaled that much higher interest rates could be needed to rein in persistent, four-decade-high inflation. Most economists expect the Fed to raise its borrowing rate another half to three-quarters of a point when it meets later this month.

Fed officials acknowledge that their rate changes could weaken the economy, but suggested that such steps were necessary to slow price increases back to the Fed's 2% annual target.

The Labor Department reported Wednesday that its consumer price index has risen 9.1% over the past year, the biggest yearly increase since 1981. On Thursday, the department released data showing that its producer price index -- which measures inflation before it reaches consumers -- was up to 11.3% in June compared with a year earlier.

The Fed's benchmark short-term rate, which affects many consumer and business loans, will now be pegged to a range of 1.5% to 1.75% -- and Fed policymakers forecast a doubling of that range by year's end.

Higher borrowing rates have discouraged house hunters and cooled what was a red-hot housing market, one of the most important sectors of the economy. Sales of previously occupied U.S. homes slowed for the fourth consecutive month in May.

Home prices kept climbing in May, even as sales slowed. The national median home price jumped 14.8% in May from a year earlier to $407,600 -- an all-time high, according to National Association of Realtors data going back to 1999.

Mortgage applications have declined 14% from last year and refinancings are down 80%, the Mortgage Bankers Association reported this week. Those numbers could retreat further with more Fed rate increases likely.

Layoffs in the housing and lending sectors have already begun. On Tuesday, the online mortgage company loanDepot said it was cutting 2,000 jobs.

Last month, the online real estate broker Redfin said it was laying off 8% of its workers, and Compass said it was letting go of 450 employees.

The nation's largest bank by assets, JPMorgan Chase, is laying off hundreds from its mortgage unit and has reassigned hundreds of others to jobs elsewhere in the firm.