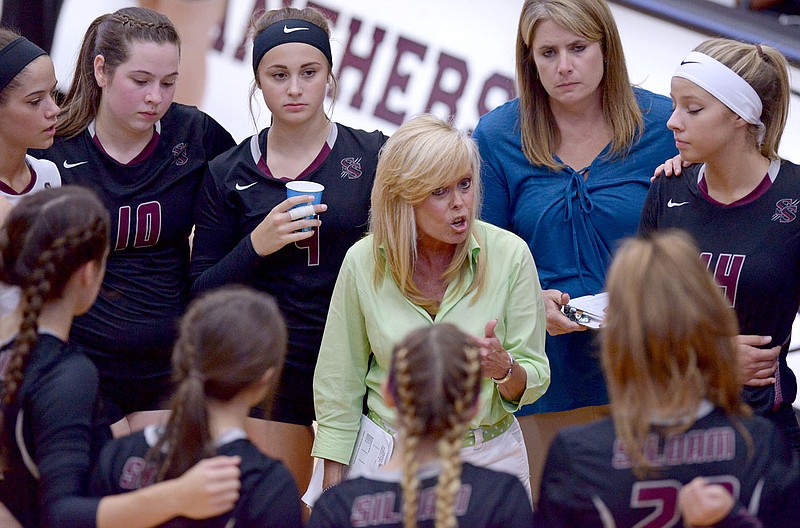 File Photo/NWA Democrat-Gazette Rose Cheek-Willis, former Siloam Springs head coach, talks to her players during a timeout on in a match against Greenwood during the 2016 season. Cheek-Willis coached at Siloam Springs for 36 seasons and Friday will be inducted into the Arkansas High School Coaches Association Hall of Fame.

SILOAM SPRINGS -- Rose Cheek-Willis will tell you that she got into coaching by accident.

She was pursuing a degree in touristy management and business at Northeastern State University in Tahlequah, Okla., and a man in one of her classes asked her if she would assist him in coaching his son's fifth-and sixth-grade team.

She wound up liking coaching so much, she ended up switching her major to health and physical education.

Cheek-Willis had no idea then the success her coaching career would turn into -- 38 years total, including the last 36 at Siloam Springs, where she won seven state championships.

Cheek-Willis added one more honor to her already stellar career on Friday when she was inducted into the Arkansas High School Coaches Association Hall of Fame as part of 28th AHSCA-AOA-AHSAAA Hall of Fame Banquet at Hot Springs Convention Center.

"It's an honor," Cheek-Willis said. "It's something I never dreamed about. When you get into coaching, I never got into for honors for me. I never knew they had them. I did it because I was competitive and love being around kids and love sports and like to win. That's why I got into it."

"I'm overwhelmed with gratitude that's for sure," Cheek-Willis said. "It's an honor. I always say God has blessed me far more than I deserve. It's exciting."

Cheek-Willis won more than 560 games in volleyball in her coaching career at Siloam Springs, according to a 2016 article in the Northwest Arkansas Democrat-Gazette and the Herald-Leader.

In 36 years at Siloam Springs, her teams advanced to the state tournament 29 times.

The Lady Panthers won their first state title in 2001 and then reeled off six straight state championships from 2004 through 2009.

She also coached track and field for a number of years at the school before retiring after the 2016 season.

"I loved Siloam," Cheek-Willis said. "I loved it. I had made so many relationships with kids but teachers and friendships in the community as well. Siloam was good to me."

Cheek-Willis said she had opportunities to leave Siloam Springs as well but chose to remain at the school.

"Springdale Har-Ber was building their new gym and high school and they offered me to come over and wanted me to take a tour and consider the job," Cheek-Willis said. "It all looked good. I could have had a nice boost in my pay. But I couldn't leave Siloam. I just couldn't do it, even for the money. Sometimes money isn't everything. I had to be happy, and I knew I was happy at Siloam Springs.

Cheek-Willis remembers how her 2001 team "came out nowhere" to win the 2001 state title.

By the time 2004 rolled around, the talent level had risen a notch and her teams rolled to state title after state title from there on out.

Not only did Cheek-Willis pick up victories on the court, but she got them off the court as well.

Cheek-Willis missed the entire 2013 season while battling Stage 3 cancer. After undergoing chemotherapy, she returned to coach three more seasons before retiring and remains in good health.

"Fighting cancer is hell," she said. "That chemo is hard on your body. ... Anyone that knows me knows I'm going to fight like a hellcat." 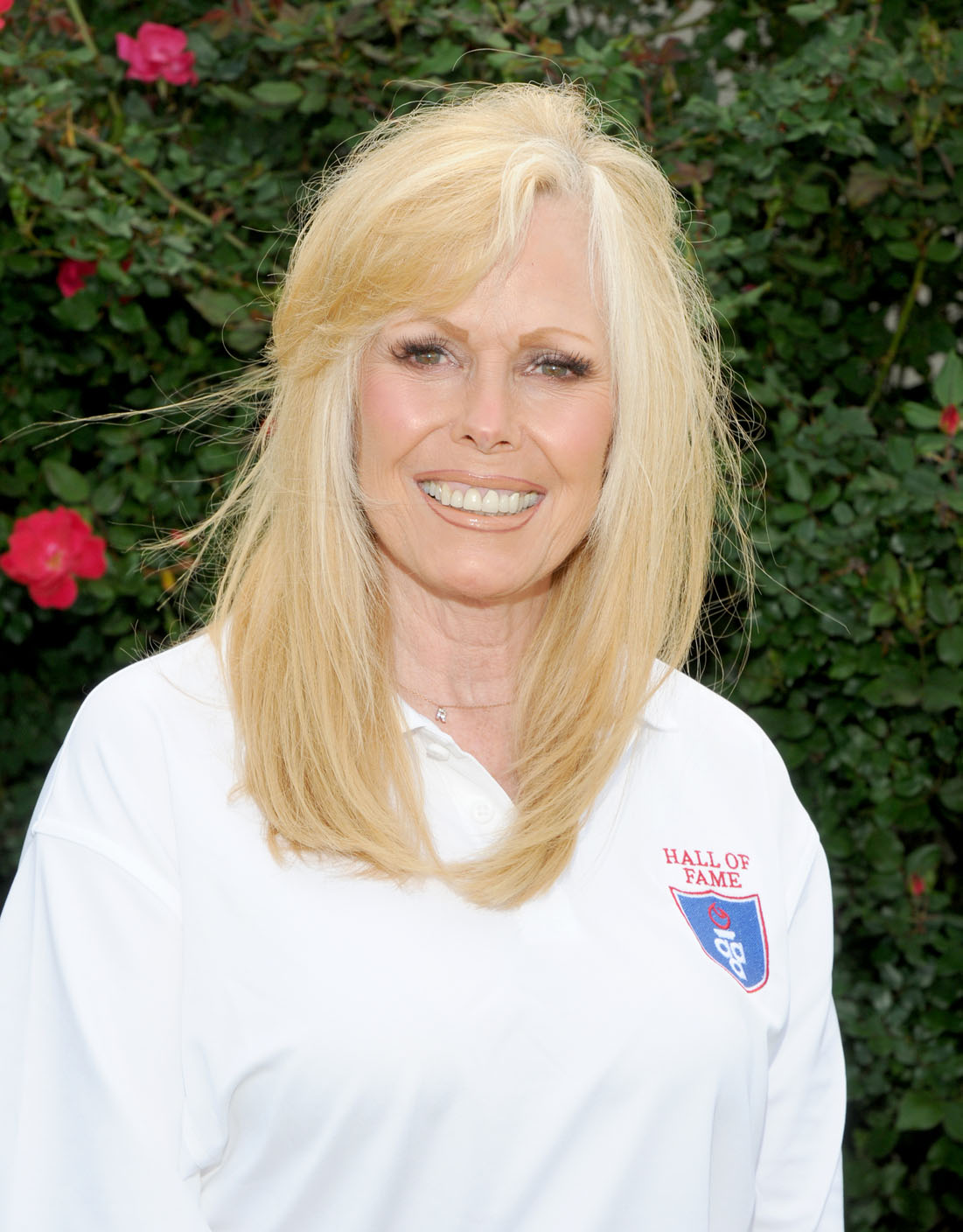