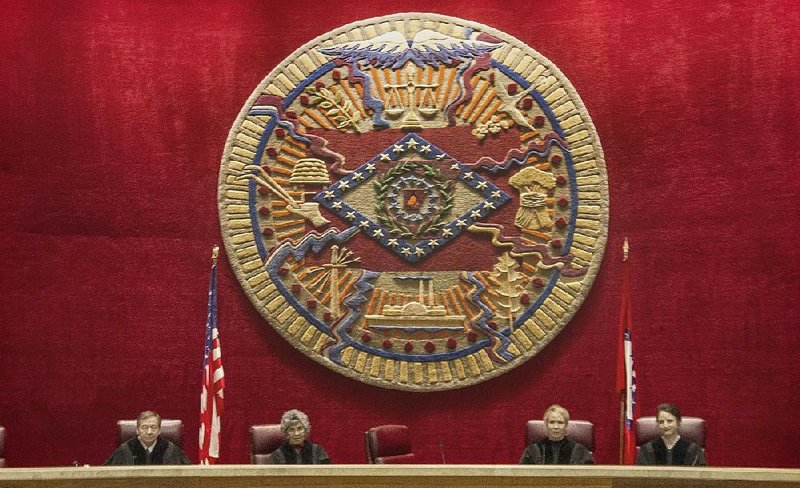 The Arkansas Supreme Court on Thursday tossed a medical-marijuana dispensary applicant's suit over the state's denial of a license while urging state regulators to adopt rules for the administration of the Arkansas Medical Marijuana Amendment.

Eureka Green sued the Arkansas Medical Marijuana Commission and the state Department of Finance and Administration's Alcoholic Beverage Control Division in June 2020, claiming the business was illegally forced out of licensing competition for a dispensary in the Zone 1 region, despite having a top-scoring dispensary application, because the commission failed to follow its own rules by treating some companies differently from others.

The complaint alleged that the Medical Marijuana Commission violated its own rules, the state constitution and the Administrative Procedure Act.

The Pulaski County circuit court denied the state's motion to dismiss the case, and the state appealed that decision to the high court. In a majority opinion authored by Justice Barbara Webb, the state Supreme Court reversed the lower court's decision and dismissed Eureka Green's complaint.

Neither the circuit court nor the Supreme Court has subject-matter jurisdiction over Eureka Green's complaint because it did not challenge the applicability of any specific rule nor seek a declaration regarding what other rules should have been applied, Webb wrote.

But Webb's opinion also noted that Arkansas Supreme Court Chief Justice Dan Kemp had in 2018 commented that the Medical Marijuana Commission had neglected its constitutional duty to adopt necessary rules for the administration of the Arkansas Medical Marijuana Amendment, which voters approved in 2016.

"It is now four years later, and the MMC has still not adopted these necessary and mandatory rules," Webb wrote. "While the issue of the failure to adopt administrative rules is not properly before us in this appeal, we take this opportunity to remind MMC about the importance of following the Arkansas Constitution and again urge it to adopt rules for the administration of the medical marijuana amendment."

In writing the dissenting opinion, Hudson echoed the majority opinion's view that the commission had not followed its constitutional mandate.

But Hudson wrote that the majority opinion dismissing the appeal for lack of subject-matter jurisdiction is inconsistent with the Supreme Court's opinion in a 2020 case that pitted the state against a medical-marijuana business, Arkansas Department of Finance & Administration v. Carpenter Farms Medical Group, LLC.