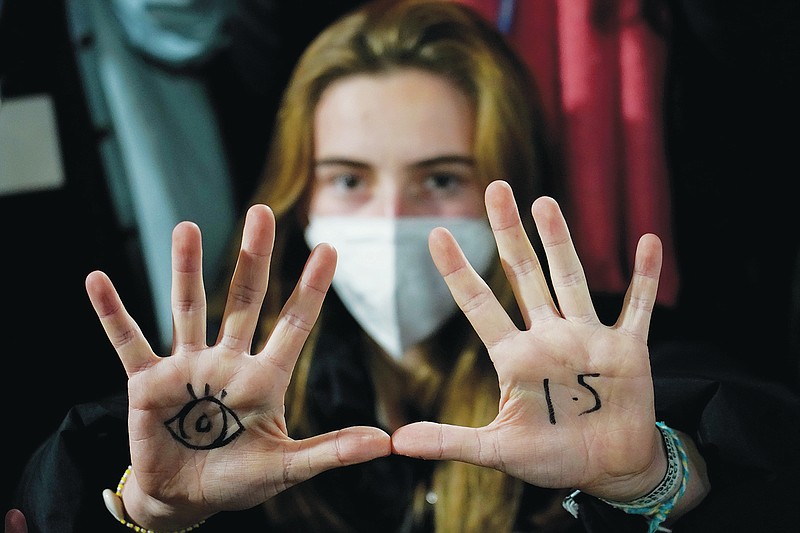 FILE - A youngster, with an eye drawn on her hand to show she is watching and 1.5 for countries to keep warming below 1.5 degrees Celsius, takes part in a Fridays for Future climate protest inside a plenary corridor at the SEC (Scottish Event Campus) venue for the COP26 U.N. Climate Summit, in Glasgow, Scotland, Nov. 10, 2021. The idea of tinkering with the air to cool Earth's ever-warming climate seems to be gaining momentum. Two new high-powered panels have started to look at the ethics and governing rules surrounding the controversial technologies of geoengineering. (AP Photo/Alberto Pezzali, File)

Tinkering with the planet's air to cool Earth's ever-warming climate is inching closer to reality enough so that two different high-powered groups -- one of scientists and one of former world leaders -- are trying to come up with ethics and governing guidelines.

Today, the newly formed Climate Overshoot Commission -- which includes the former presidents of Mexico, Niger and Kiribati, a former Canadian prime minister, the ex-chief of World Trade Organization and other national minister level officials -- will have its first meeting in Italy in a 15-month process to come up with governance strategy on pulling carbon dioxide out of the air, lowering temperatures by reflecting sunlight with artificial methods and adapting to climate change. This month, the American Geophysical Union, the largest society of scientists who work on climate issues, announced it was forming an ethics framework for "climate intervention" that would be ready for debate during the major international climate negotiations in November in Egypt.

This shows the idea of "solar geoengineering is finally getting serious," said Harvard University climate scientist David Keith, a leader in the field.

Both groups said they aren't quite advocating geoengineering, which includes putting particles in the air to reflect sunlight or whiten clouds, or the less-disputed carbon dioxide removal, such as technology to suck carbon out of the air but also more nature-based solutions such as more trees and getting oceans to sponge up more carbon.

But the two groups say the ideas need to be discussed with global warming nearing and likely shooting past the international goal of limiting temperature increase to 2.7 degrees Fahrenheit since preindustrial times. The world has already warmed 2 degrees since the mid-1800s, and scientists say the world likely to pass the 2.7-degree mark in the 2030s.

"The climate change problem is at a point where even extreme options need to be thought about seriously," Climate Overshoot Commission Executive Secretary Jesse Reynolds said in a Monday interview. "Now, to be clear, thinking about them includes the possibility of rejecting them. But not thinking about them does not seem to be a responsible path forward."

What's needed are ethical guidelines before anything is done to get the public trust, much like the scientific community did with the possibility of human cloning, said AGU Executive Director Randy Fiser. If this doesn't happen the public will have a giant backlash and won't trust the community, said National Academy of Sciences President Marcia McNutt, who has studied the issue but declined a spot on the AGU ethics panel because of other commitments.

Opponents of geoengineering -- such as Pennsylvania State University climate scientist Michael Mann -- worry that just talking about guidelines will make the tinkering more likely to occur in the real world.

"I see it as a potentially cynical maneuver to buy the ostensible moral license to move forward with dangerous geoengineering prescriptions," Mann said in an email. He said not only could there be harmful side effects, but it takes the pressure off cutting fossil fuel emissions, which is what's really needed.

With or without guidelines, some of these high-tech ideas are going to happen, leaders of the two groups said. However, last year the Swedish government canceled an early but politically charged test of a device designed to put particles in the air that eventually, if fully implanted, could create what some would call an artificial volcano cooling the globe temporarily like 1991's Mt. Pinatubo's eruption in the Philippines.

"The work of looking at climate strategies continues to go on in labs, both in the for-profit and nonprofit sectors," said AGU's Fiser, who added that investors are funneling money into such projects.

Ethicists Nancy Tuana of Penn State and Christopher Preston of the University of Montana said if anything talking about the ethics of the tinkering with the atmosphere will put the brakes on efforts a bit more.

"It will slow it and this is a good thing," Preston said in an email. "Ethical thresholds placed within frameworks are typically challenging to satisfy... An ethical framework can lead to paralysis. Ethics is not like maths. Ethical problems don't often get 'solved'."

But not doing anything -- no cuts in carbon dioxide emissions, no carbon dioxide removal and no solar geoengineering -- "that's the worst outcome and also the path of least resistance," said Stanford University ethics expert Hank Greely.

"I view climate intervention in the same way I view the 'Hail Mary' pass in football," said Colorado University ice scientist Waleed Abdalati, a former NASA chief scientist, referring to a last ditch desperation effort in a seemingly losing cause. "There is a chance it could get us to where we need to be, but just as no team wants to be in a position where that is the play they have to make, scientists recognize that we as a society would never want to be in a situation that we have to use such an approach to address the challenge we face." 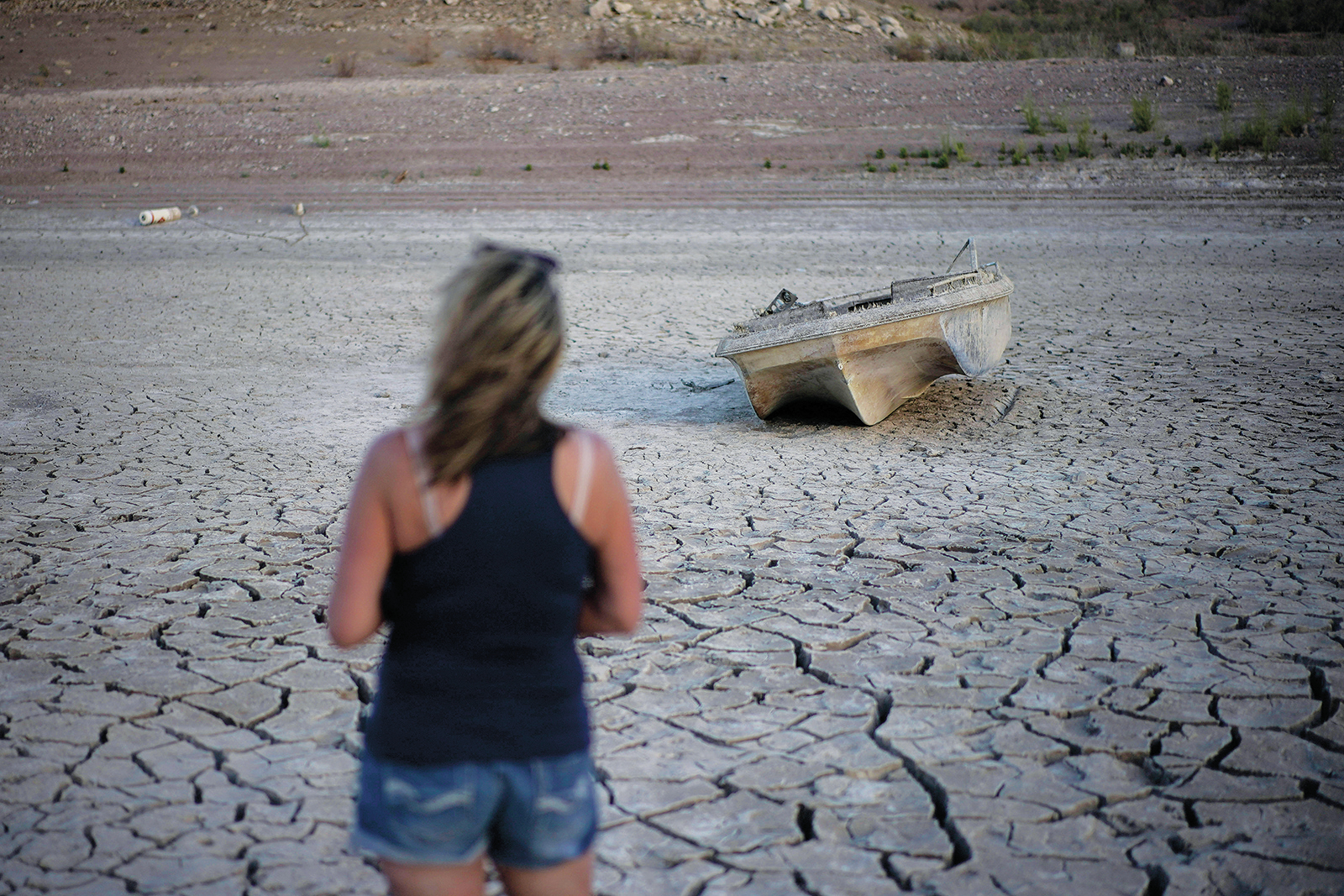 FILE - Misha McBride looks at a formerly sunken boat now on cracked earth hundreds of feet from what is now the shoreline on Lake Mead at the Lake Mead National Recreation Area, Monday, May 9, 2022, near Boulder City, Nev. The sight of fountains, swimming pools, gardens and golf courses in Western cities like Phoenix, Los Angeles, Las Vegas, San Diego and Albuquerque can seem jarring with drought and climate change tightening their grip on the region. But Western water experts say they aren’t necessarily cause for concern. Many Western cities over the past three decades have diversified their water sources, boosted local supplies, and use water more efficiently now than in the past. (AP Photo/John Locher, File) 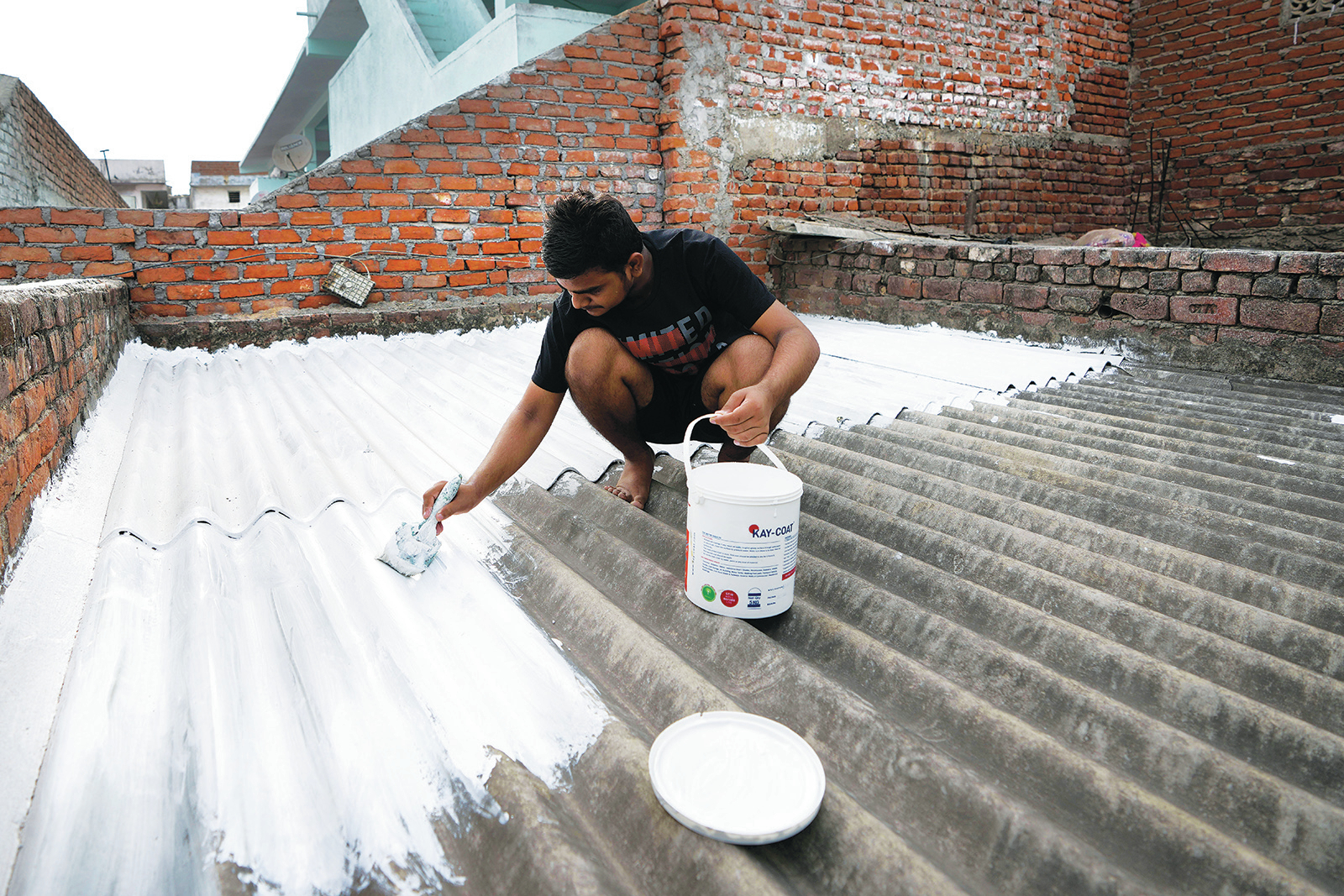 A person paints his rooftop with cool white reflective paint which brings down indoor temperature in summer, in Ahmedabad, India, Monday, May 23, 2022. The intense heat wave sweeping through South Asia was made more likely due to climate change and it is a sign of things to come. An analysis by international scientists said that this heat wave was made 30-times more likely because of climate change, and future warming would make heat waves more common and hotter in the future. (AP Photo/Ajit Solanki) 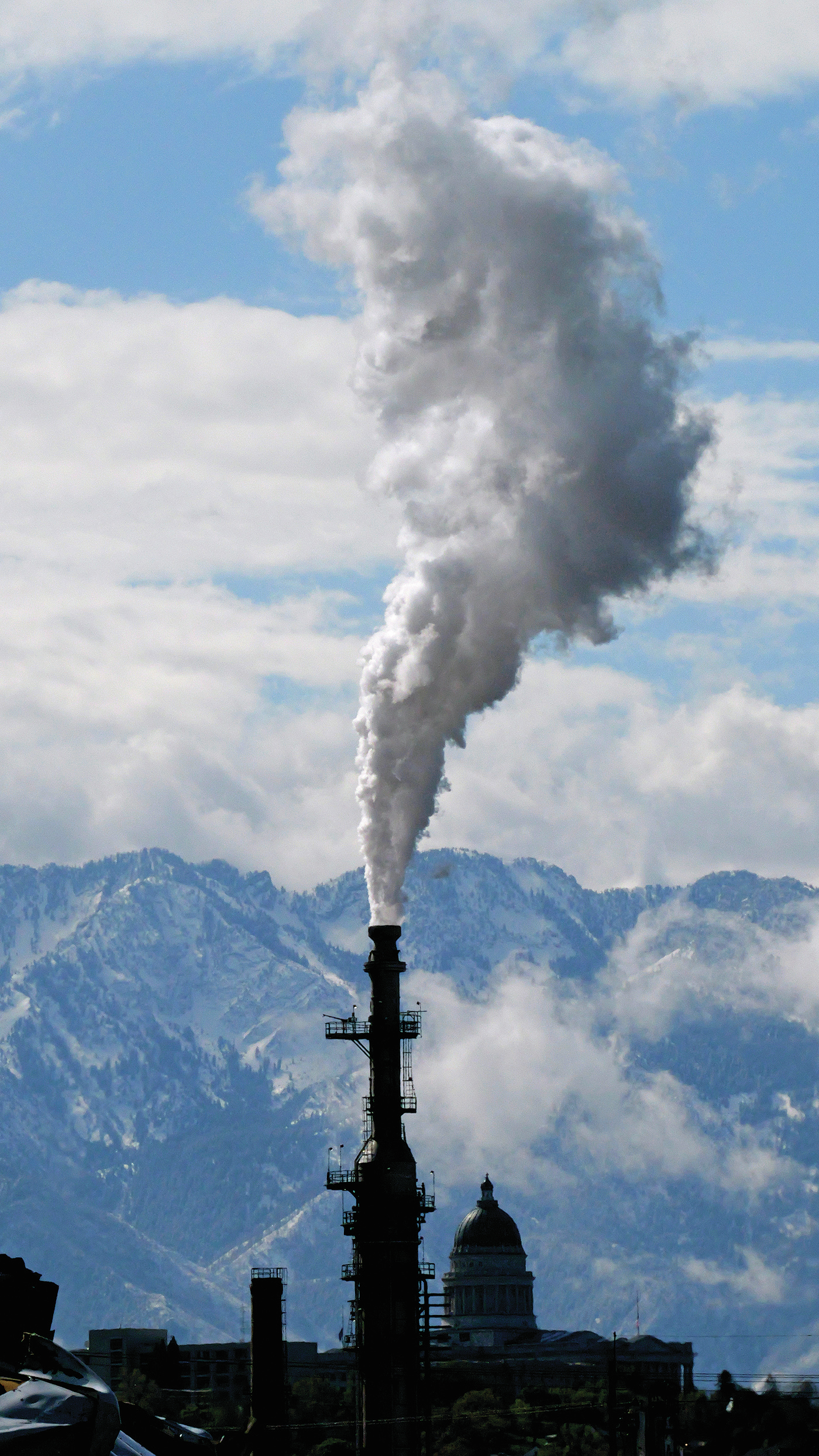 The Utah State Capitol is shown behind an oil refinery on Thursday, May 12, 2022, in Salt Lake City. A growing number of Republican-led states with economies that rely heavily on fossil fuels are pushing back against shifts in the financial industry to consider new factors such as environmental risk in their investment decisions. (AP Photo/Rick Bowmer) 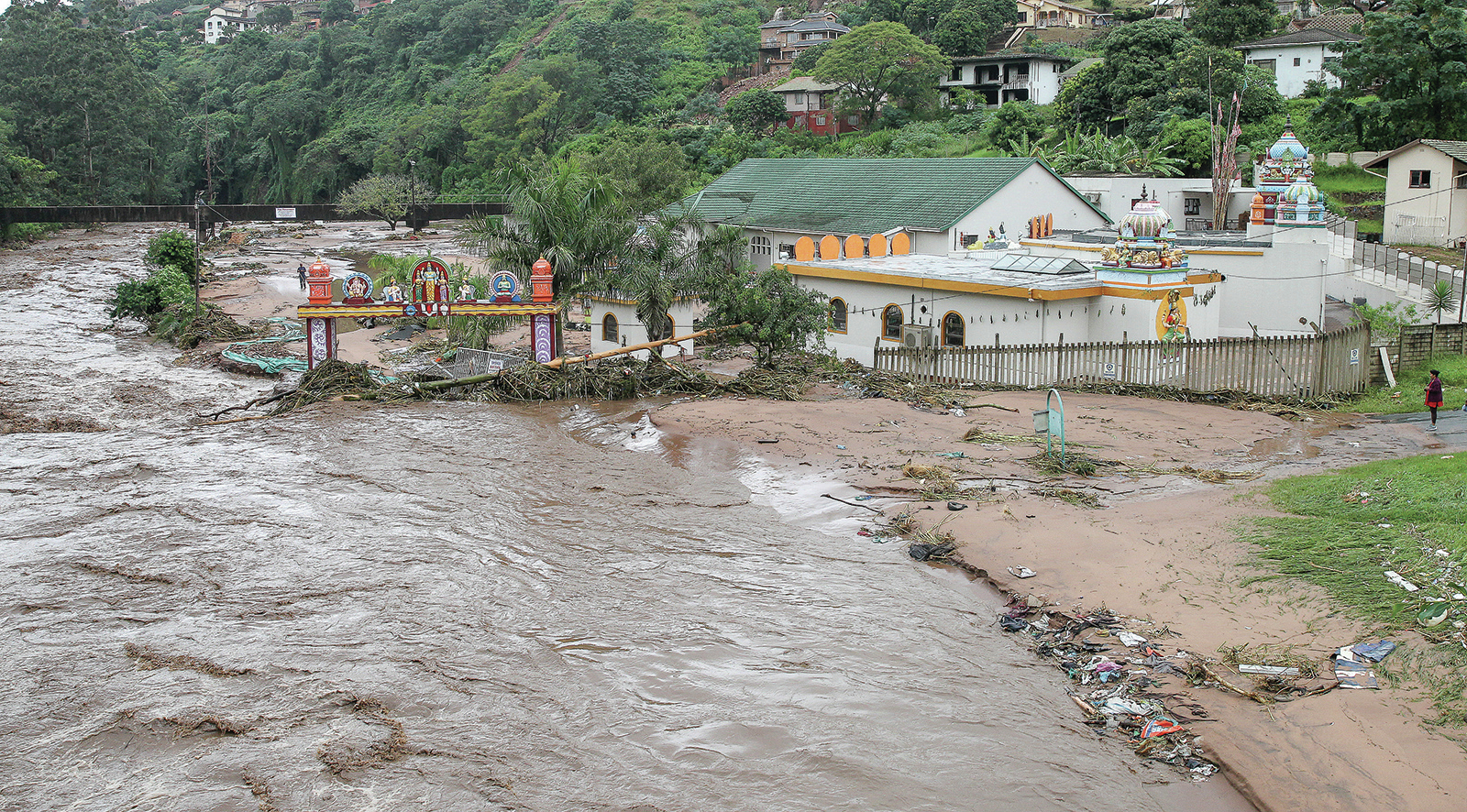 FILE - Floodwaters wash through a property near Durban, South Africa, Tuesday, April 23, 2019. The fatal floods that wreaked havoc in South Africa in mid-April this year have been attributed to climate change, an analysis published Friday, May 13, 2022 by a team of leading climate scientists said.The World Weather Attribution group analyzed both historical and emerging sets of data from the catastrophic rainfall that led to floods which triggered massive landslides in the Eastern Cape and Kwa-Zulu Natal provinces of South Africa. (AP Photo, File) 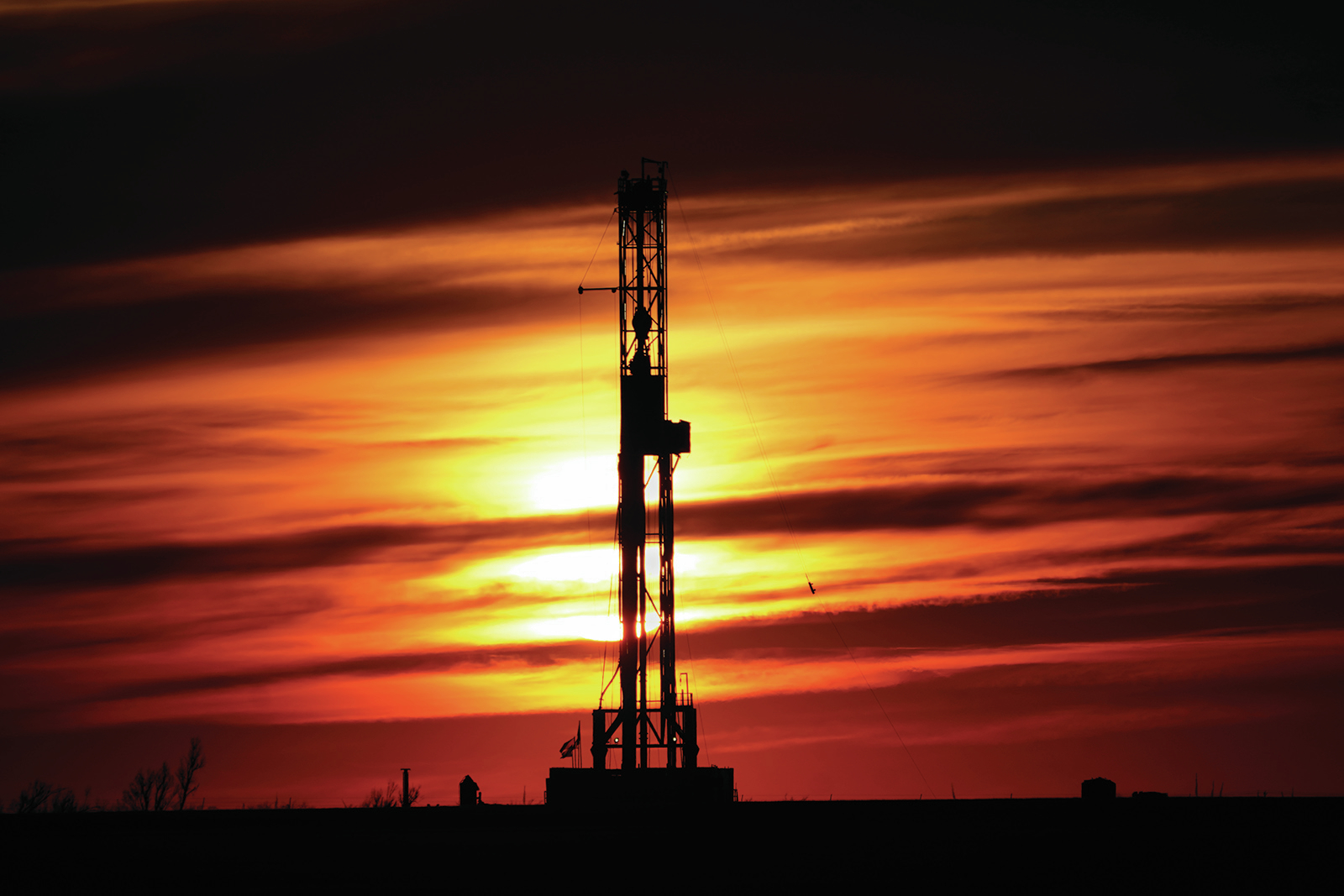 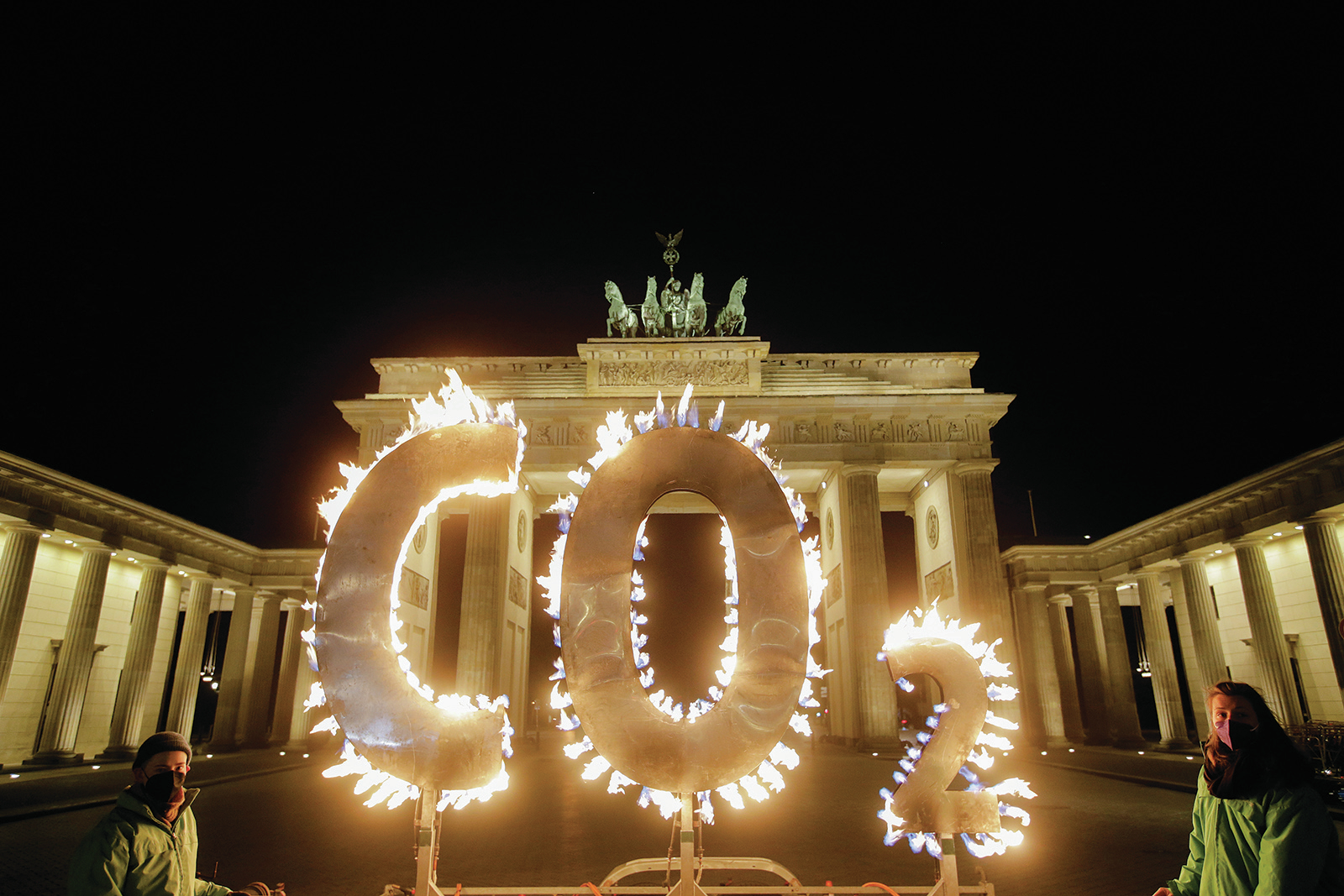 FILE - Activists of the environment organization Greenpeace protest with CO2 letters illuminated with flames in front of the Brandenburg Gate against the climate change in Berlin, Germany, May 6, 2021. Two new high-powered panels have started to look at the ethics and governing rules surrounding the controversial technologies of geoengineering. They are looking at the idea of putting particles in the air to reflect sunlight, brightening clouds and sucking carbon dioxide out of the atmosphere. (AP Photo/Markus Schreiber, File) 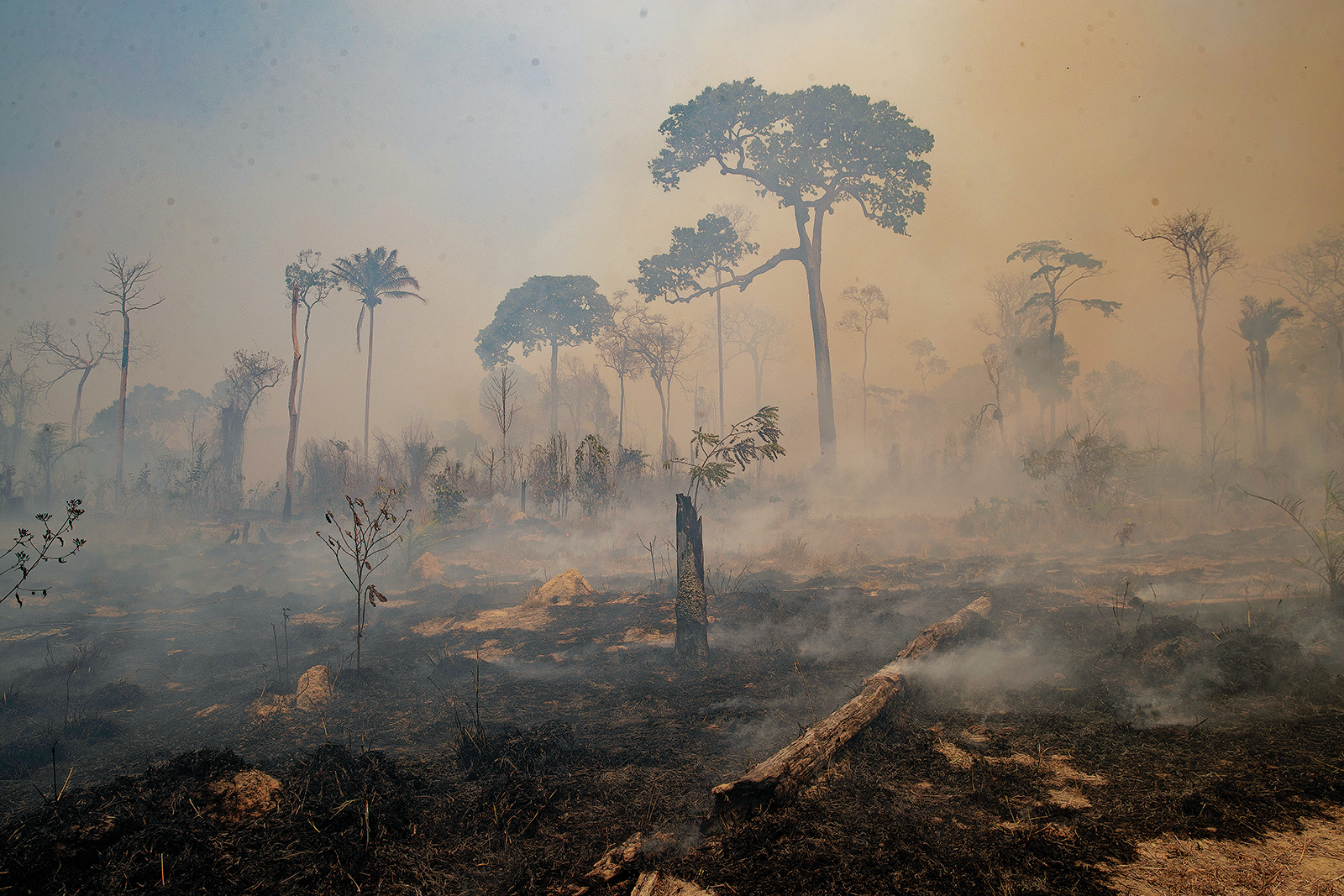 FILE - Fire consumes land recently deforested by cattle farmers near Novo Progresso, Para state, Brazil on Aug. 23, 2020. The frequency and duration of droughts will continue to increase due to human-caused climate change, with water scarcity already affecting billions of people across the world, the United Nations warned in a report Wednesday, May 11, 2022. (AP Photo/Andre Penner, File)