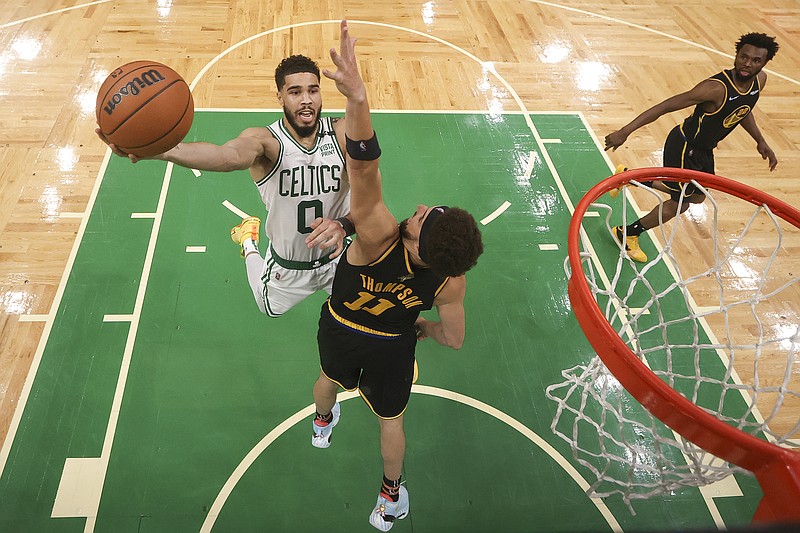 BOSTON -- Jayson Tatum knows he has taken his game to a new level in his fifth NBA season, pushing his way into the league's top echelon of playmakers as the Boston Celtics' go-to scorer.

The three-time All-Star also knows at times he hasn't been good enough against the Golden State Warriors during the NBA Finals and must find a way to elevate his play if he hopes to help Boston capture the franchise's 18th championship.

He doesn't mind the spotlight, or the burden that comes with it.

"I just got to be better," Tatum said after Golden State's 107-97 win in Game 4 Friday night to tie the series. "I know I can be better, so it's not like I, myself or my team is asking me to do something I'm not capable of. They know the level and I know the level that I can play at."

The Celtics had an opportunity to take a commanding 3-1 NBA Finals lead and drop the Warriors into a hole only one team in 36 tries has ever dug out of -- the 2016 Cleveland Cavaliers, who rallied from 3-1 to beat Golden State in seven games.

Instead, Boston went collectively cold late in the fourth quarter as the Warriors' Stephen Curry put the final touches on what may be his signature playoff moment in front of a stunned TD Garden crowd.

He finished with 23 points, 11 rebounds and 6 assists. But Tatum had his second-worst shooting performance of the series -- just 8 of 23 from the floor -- and didn't take care of the ball; he had six of Boston's 16 turnovers that led to 19 Golden State points.

He also was a virtual non-factor in the final quarter, scoring just three points on 1 of 5 shooting with a turnover. It hurt most after the Celtics took 94-90 lead only to miss their six shots during a 10-0 Warriors run.

As Tatum has gone, so have the Celtics in this series.

Boston Coach Ime Udoka said part of the issue he sees is that Tatum begins to force things that aren't there when his shots aren't going in.

"At times he's looking for fouls. They are a team that loads up in certain games. He's finding the outlets. Shooting over two, three guys," Udoka said. "That's the balance of being aggressive and picking your spots and doing what he's done in previous games, which is kicked it out and got wide-open looks."

The Warriors did many of the same things schematically that they've done against him all series -- sending multiple defenders and switching different players onto him in 1-on-1 situations.

Tatum believes his problems stemmed from him getting stuck in a ball-watching trap.

"We all did it at times. We just got to move," he said. "I think that's when we're most effective, when everybody is moving."

In Game 1, Tatum shot a paltry 3 of 17 from the floor but was able to create shots for his teammates by penetrating and passing out of double teams.

In Friday's loss he seemed rushed at times and could never seem to settle into a rhythm in the second half because of his turnovers.

That was true whether he was attempting jump shots or in the paint, where he had five missed shot attempts and seemed frustrated by non-foul calls.

"When I do have space, I'm open, I got to take the shot," Tatum said. "Obviously, any time I hold it too long, they load up and things like that. I think just quick decisions, don't turn down any open looks, any daylight that I have, just continue to try to make the right pass."

Point guard Marcus Smart said the strongest message he and his teammates keep conveying to Tatum is they have every confidence he will snap out of it.

"We just constantly let him know keep going," Smart said. "'This isn't your first time being in a slump. Won't be the last time. You got to figure it out. We trust you, we believe in you. This is what you're made for.' Jayson has to figure it out. We have to do a good job of helping him."

Tatum is embracing the challenge of finding his best basketball.

"It's kind of on me to do that more often than not just to help my team in the best way that I can," he said. "It's not too much pressure at all. It's kind of like my job." 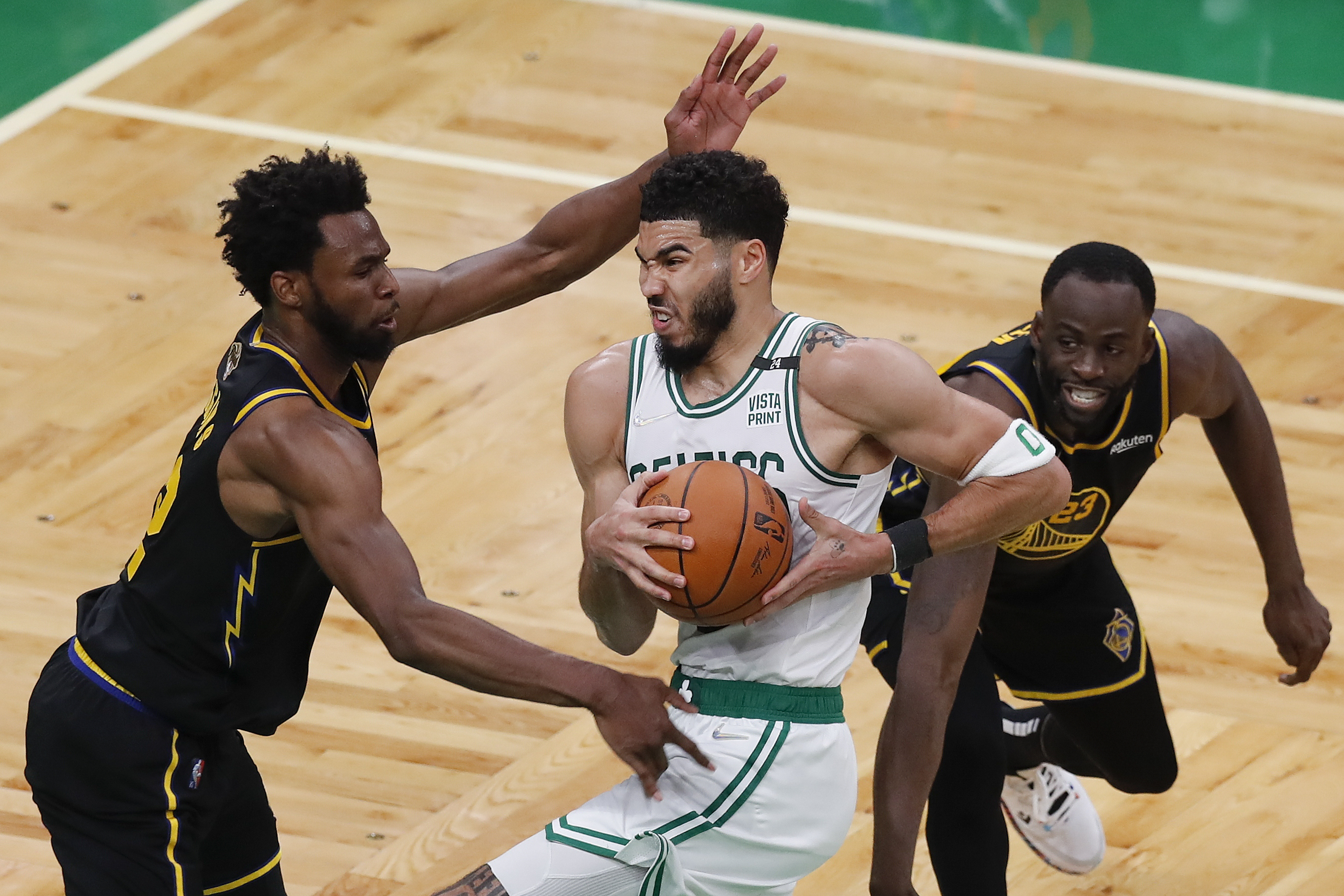 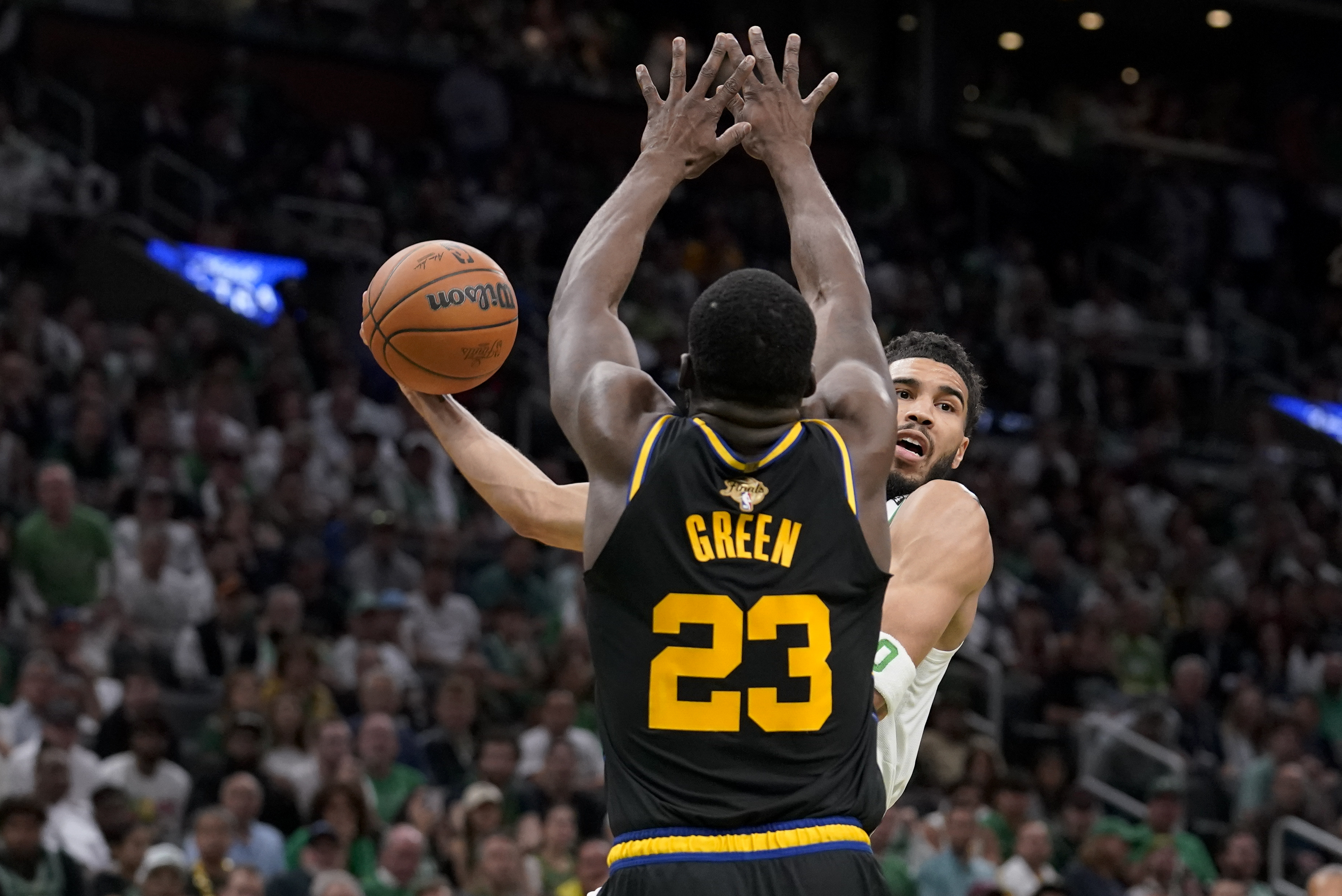