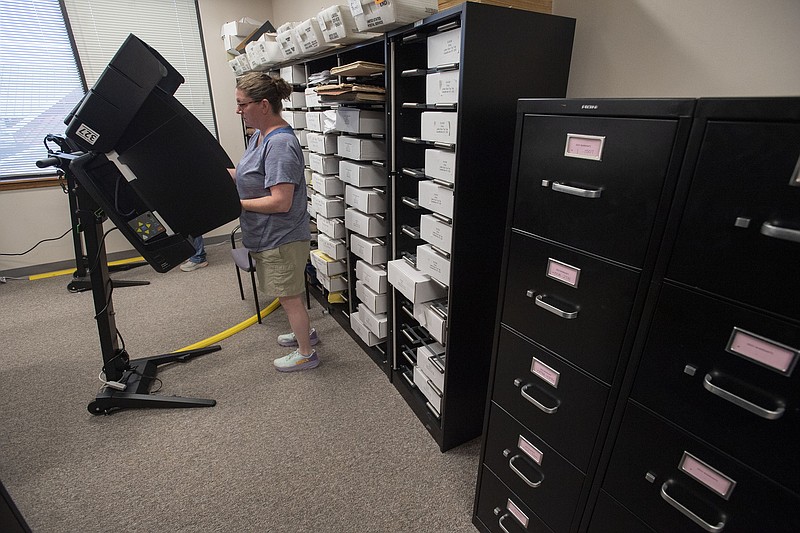 The race in House District 25 took place in three counties: Crawford, Franklin and Washington. The lawsuit disputes the count by the Crawford County Election Commission. The case was filed in Franklin County, citing Arkansas Code 7-5-801(b). The law says an election contest of a district office may be brought in any county in the district.

Puryear has no comment on the lawsuit, he said Tuesday.

Both candidates live on family farms, Puryear near Hindsville and Harris near Fayetteville. This was the first race for both candidates.

The suit asks the court to void the House 25 race results but doesn't seek specific relief beyond that. What happens if the election is declared void is up to the court now, a spokesman for the Arkansas Secretary of State's office said Tuesday.

The lawsuit notes that the Election Commission's chairman is Bill Coleman, brother of Rep. Bruce Coleman, R-Mountainburg, who didn't seek reelection in the district and who declared his support of Puryear. Bruce Coleman donated $1,000 to Puryear's campaign, finance records show.

Another member of the three-member Election Commission, Mike Moxley, is Bruce Coleman's son-in-law, according to the suit.

After Harris' poll-watcher demanded the counting of absentee votes, "the defendant election commissioners left the count center, went to another building and later returned," the suit says. "When they returned, Bill Coleman said that the CBEC [the commission] had 'found' 13 absentee ballots that had been cast but not counted. The CBEC then counted the absentee ballots at approximately 11:15 p.m. on election night."

Harris requested a recount, originally set for the next day after the primary.

"Upon arrival, she found that the absentee ballots cast by the voters were not present at the recount," the suit says.

Coleman told Harris those ballots were at his home and copies had been made of those ballots that, because of being folded or other flaws, did not run through the mechanical vote tabulator. The suit also alleges someone, unnamed in the suit, who isn't an election official, was allowed to handle and mark blank absentee ballots.

Harris protested, and the recount was delayed until June 1. The commission certified the results, showing Puryear as the victor June 3. The certification vote was at 1 p.m. when the meeting time had been publicly announced for 1:30 p.m., the suit claims.

The suit asks the court to expedite the case ahead of the usual court schedule.

"Generally speaking, if the court does void the election, the order should give guidance as to how to move forward," spokesman Chris Powell of the secretary of state's office said in an email. "In the event that the court does not offer guidance or the order is absent any language addressing the issue, we still would not have any authority in this situation."

Arkansas Code 7-7-104 says a vacancy in a political party's nominee for office can be filled by either a special convention of the party or by a special election. If a vacancy is declared in the District 25 race, the Republican Party would decide which of those two options to take and inform the governor of its decision under those provisions. The governor would set the date for a special election if that is the chosen option.

District 25 is a largely rural district in which both primary candidates campaigned on giving effective representation on rural issues. The district runs from the Washington County line in the north all the way through Crawford County on the south, and includes parts of western Franklin County.

The Republican nominee will face Democrat Caitlin Oxford in November.