The nation in brief: Hate-crime case filed on Buffalo suspect 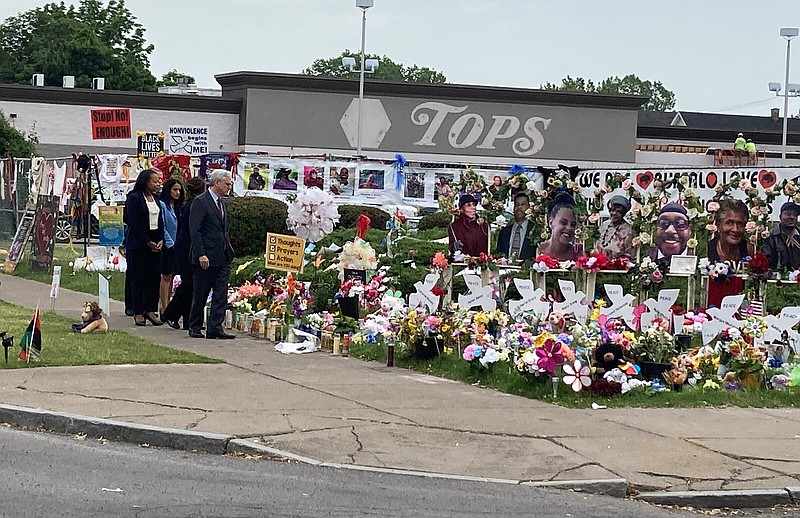 Attorney General Merrick Garland visits the Tops Friendly Market grocery store on Wednesday, the site of a May 14 mass shooting in which 10 Black people were killed, in Buffalo, N.Y. (AP/Carolyn Thompson)

BUFFALO, N.Y. -- The man suspected of killing 10 Black people in a racist attack at a Buffalo, N.Y., supermarket was charged Wednesday with federal hate crimes that could potentially carry a death penalty.

The criminal complaint filed against Payton Gendron coincided with a visit to Buffalo by Attorney General Merrick Garland. He met with the families of the people who were killed and placed a bouquet of white flowers at a memorial outside the Tops Friendly Market, which has been closed since the May 14 attack.

"No one in this country should have to live in fear that they will go to work or shop at a grocery store and will be attacked by someone who hates them because of the color of their skin," Garland said at a news conference.

Garland, who halted federal executions last year, did not rule out seeking the death penalty against Gendron, who is 18. He said "families and the survivors will be consulted" as the Justice Department weighs the decision.

The federal hate crimes case is based partly on documents in which Gendron laid out his radical, racist worldview and extensive preparation for the attack, some of which he posted online and shared with a small group of people shortly before he started shooting.

FBI agents found at his home a note in which he apologized to his family and wrote he "had to commit this attack" because he cares "for the future of the White race," according to an affidavit filed with the criminal complaint.

DETROIT -- A Michigan police officer charged with murder after shooting Patrick Lyoya in the back of the head has been fired, officials said Wednesday.

The dismissal was recommended by police Chief Eric Winstrom after a second-degree murder charge was filed Thursday.

Lyoya, a Black man, was killed after a traffic stop April 4. He ran and physically resisted Schurr after failing to produce a driver's license.

Schurr, who is white, claimed Lyoya had control of his Taser when he shot him. Defense lawyers said the officer feared for his safety.

The confrontation and shooting were recorded on video. Schurr, 31, had been on leave while state police investigated the shooting and a prosecutor decided whether to pursue charges.

Lyoya's parents had long called for Schurr to be fired.

"Two words: about time. What took so long?" said the family's attorney, Ven Johnson. "They knew this was excessive force and they put him on paid leave while the family buried their son."

MADISON, Wis. -- A judge Wednesday issued a scathing ruling against the investigator hired by Republicans to look into the 2020 election in Wisconsin, accusing him of unprofessional and misogynistic conduct, forwarding his decision for possible disciplinary action.

Dane County Circuit Judge Frank Remington ordered that Michael Gableman be fined $2,000 a day until he complies with his earlier ruling.

He also determined that Gableman violated his oath as an attorney after his "disruptive and disrespectful" appearance in court last week. Remington found a defiant Gableman in contempt after he refused to answer questions under subpoena.

"Wisconsin demands more from its attorneys," Remington wrote. "Gableman's demeaning conduct has discredited the profession and every other person sworn to commit themselves to live by the constitutional processes of our system."

The order comes in an open-records lawsuit filed by liberal government watchdog group American Oversight, along with suits against Wisconsin Assembly Speaker Robin Vos and the state Assembly. The group has won a series of victories.

ODESSA, Texas -- Crews worked to restore water service Wednesday to the West Texas city of Odessa, where residents have been without water this week amid scorching temperatures after an aging pipe broke.

The city's water treatment plant was back online by about 8 a.m., and utility officials said it could take 12 to 14 hours for the recharging process, during which workers slowly add water back into the system to ensure there are no more leaks.

The water system's 165,000 customers' taps lost pressure or went dry after the 24-inch main broke Monday, according to the city's social media pages.

Texas -- like much of the United States -- is facing extremely hot and humid conditions.

Resident Nikki Friday said the city is providing bottled water and people with wells are offering neighbors water from hoses. She also said tanker trucks have been parked around town to fill buckets.

"Drinking water has not been an issue," Friday said. "We just need water to return to our daily lives and within the community."

Lynda Wright said water service had not been lost across the city in the more than five decades she's lived there. 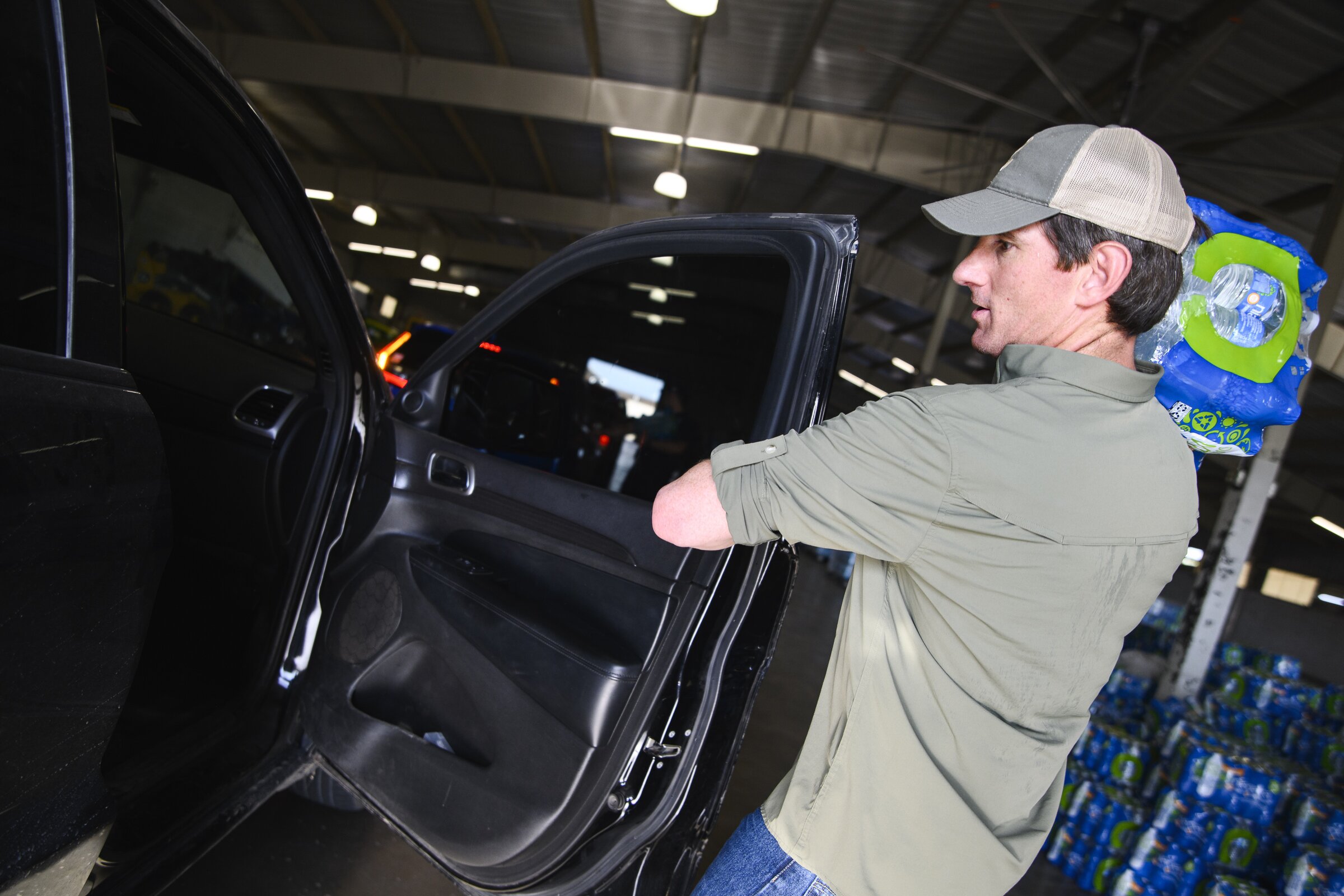