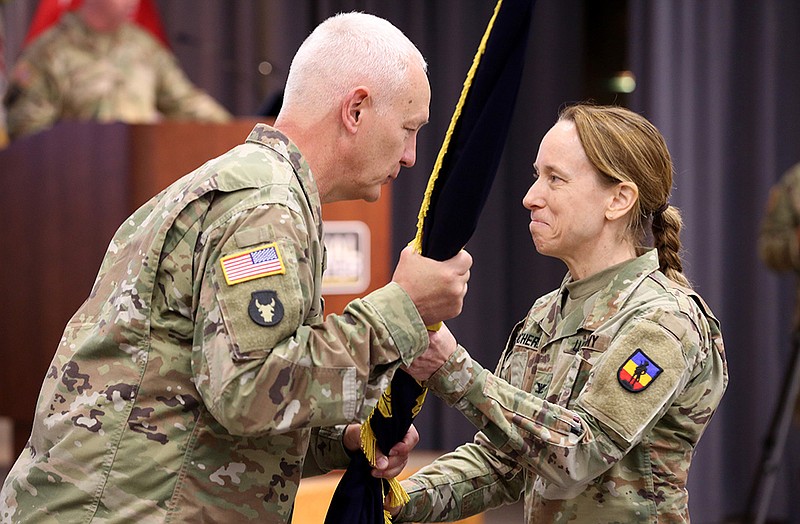 Since 1974, the center has operated as a full-service training center and conference facility with the mission of providing education to the Army Reserve and the National Guard. With over 450 employees, the center facilitates 370 courses for 10,000 students and hosts 92 conferences for 11,000 participants each year.

Cherry told the Arkansas Democrat-Gazette that being the center's first female commander will provide diversity and broaden the horizons of others for future leadership. As the commander, Cherry said she will prioritize the continued modernization of the education center. She said she looks forward to leading soldiers, civilians and contractors in a higher education learning environment.

Born at Fort Polk in central Louisiana and raised in Manhattan, Kan., Cherry said she comes from a family with many military connections. She said her mother Sandy, who was present at Thursday's event, had three daughters. All of them have served in the military.

"I don't know how she survived," Cherry said. "But she did. And she still does."

Moving to Arkansas for the first time, Cherry said she and her husband, Kirk, are looking forward to spending time outdoors. During her remarks at the ceremony Thursday, she said her husband is enthusiastically seeking to buy a boat and often sends her texts like "Here's an option on Boat Trader."

Cherry said her philosophy -- "Great organizations are led by competent, caring, committed, courageous leaders of good character that encourage an environment of learning through trust, discipline and mutual respect" -- means that she will set the example at the education center and lead an organization whose members are valued and supported.

This idea of leadership has always been true at the education center, Cherry said, and she said she will ensure it continues to be a learning organization because "when you stop learning, you become irrelevant."

During the transfer of the guidon, the outgoing education center commander passed the brigade colors to Jensen, signifying the relinquishing of his command and his gratitude for the opportunity to lead. Then, Jensen passed the flag to Cherry, showing his trust in her with the responsibility and care of the units.

In his speech, Jensen said Weber's initial vision for the center was to provide soldiers and leaders the highest caliber of professional training possible so they could return to their units with the skills necessary to improve their readiness. Jensen said he wholeheartedly believes in this idea and sees the center as an adaptive, innovative organization.

"Col. Cherry's leadership ... is an opportunity for the soldiers and leaders that come here to be better served because they will be served by commanders whose only role and function in their organization is to care for their soldiers well, train their soldiers in their units and make them the most ready that they can," Jensen said.

When presented the opportunity to select Cherry for the role, Jensen said it took him "less than a half second to say yes." He added that Cherry is the right officer with the right skill set and experiences to take the center to the next step, and he thanked her for accepting the challenge of becoming the organization's next commander.

Most recently, Cherry served as the U.S. Army North (5th Army) senior Guard advisor representing the Army National Guard to the commanding general and ensuring National Guard resources supported those affected by fires and hurricanes, as well as operations associated with covid-19.

Cherry's leadership comes after the departure of Col. Leland D. Blanchard II, who moves on to serve as the G-3 directorate of the Army National Guard. He first took command of the education center in August 2020.

During the Change of Command ceremony, Blanchard said the most influential leaders throughout his career have been those who led with passion. He said Cherry must provide motivation, passion and inspiration to the center's instructors so they can pass it on to those they meet in the classroom.

"You are now a mentor of mentors, a leader of leaders, you're responsible now as all of these instructors every single day touch hundreds and hundreds of lives," Blanchard said. "You're the commander. They're going to take their lead from you." 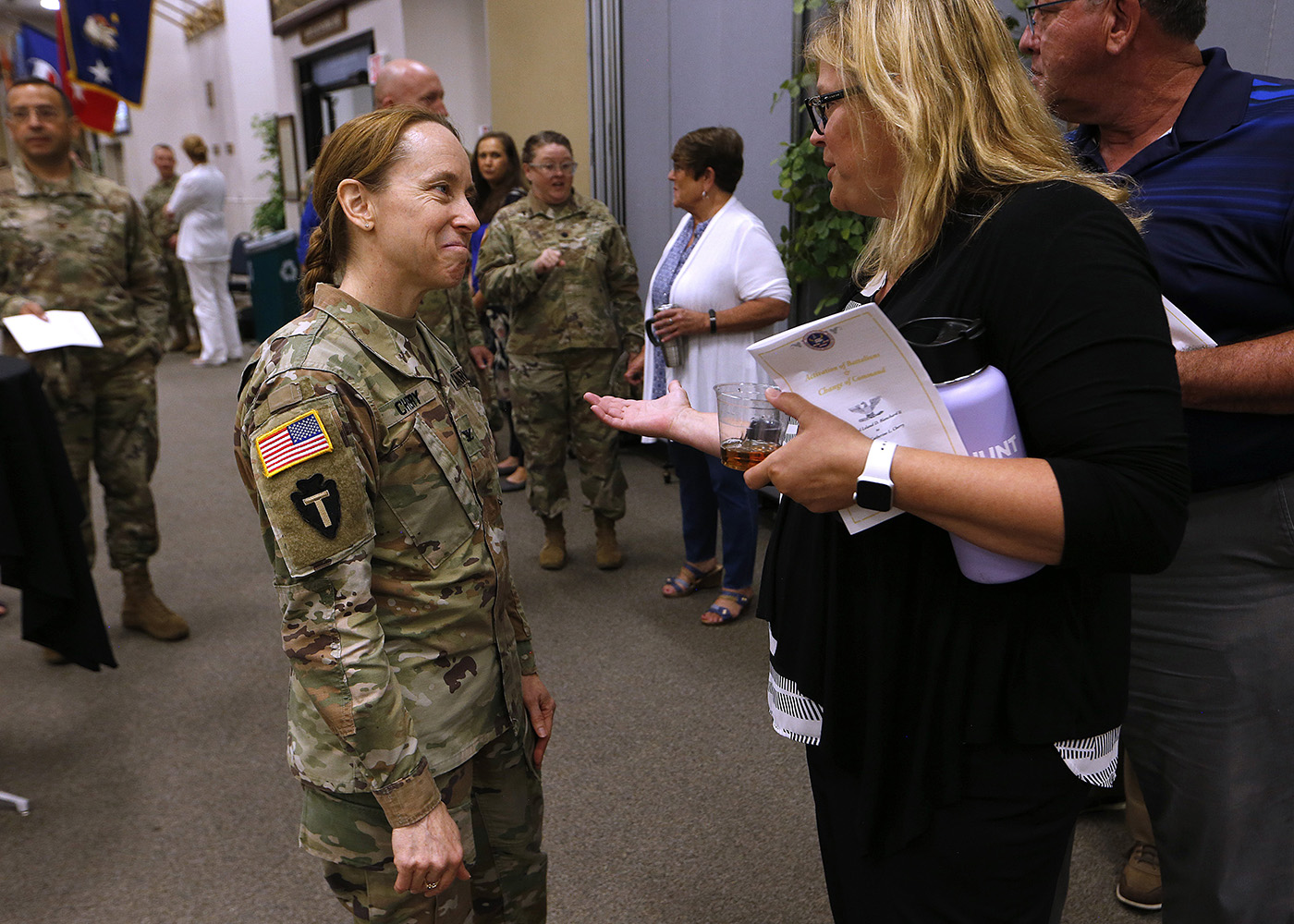