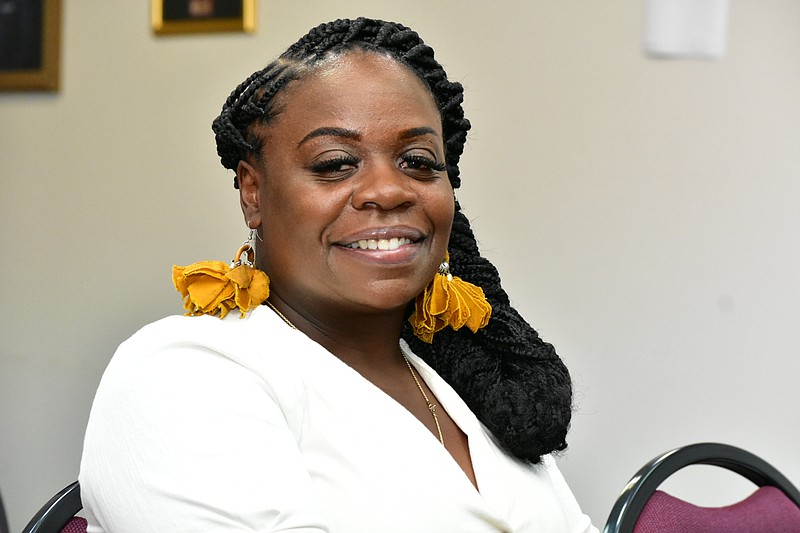 Brunson ran strong again in Tuesday's runoff to succeed Joni Alexander, four weeks after nearly attaining the 50% plus one vote to wrap up victory. The interim human resources director at the University of Arkansas at Pine Bluff defeated retired postal worker Danny Walker 325-143, garnering 69.3% of the votes. There was only one undervote.

"I feel really good," Brunson said. "When it's your purpose and your passion, you find a way to bring it all together. I feel good to be able to represent my city, to represent where I went to school and grew up where my parents were raised, where my grandmother raised her children and where I'm raising my children. I'm feeling absolutely great and I am excited about this journey and serving the people of Ward 1."

"I made sure I connected with the community," Brunson said. "I made sure that I was visible. I made sure I called and knocked on doors and I did everything to make sure people knew who I was and why I was running this race. It was a lot, but it was so worth it because I know why I ran and I won. I look at the fact that people heard me and people are ready for a change."

In Ward 3, former city administrative assistant Frazier outgained former police chief Whitfield 328-293, earning 52.8% of the votes. Her victory was a remarkable turnaround from four weeks earlier, when she had 33.53% of the votes to incumbent Whitfield's 47.73%.

DeShawn Bennett, who had missed securing a win for Vaugine Township constable by 32 votes, easily won over Leon Warren Sr. 922-328, with 49 undervotes. Bennett earned 71% of the votes.

All three races were Democratic primaries. There were no Republican challengers.