RESTAURANT TRANSITIONS: Caked Up opens up in Heights; Chi's Baohouse is changing locations 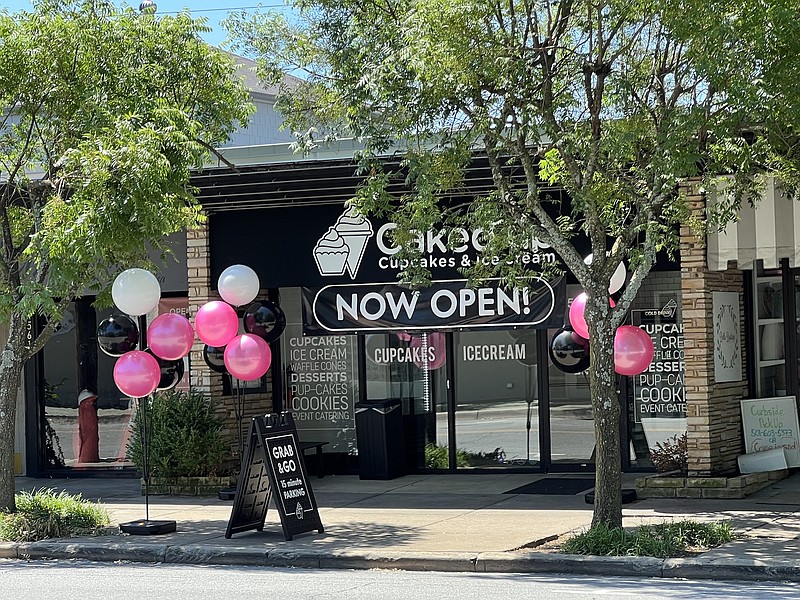 Cupcake fans are crossing their fingers that it'll hold up better than a string of previous, unsuccessful cupcake shops on that stretch of Kavanaugh, including two previous occupants of the neighboring space at the corner of Fillmore Street, the Cupcake Factory and Cupcakes on Kavanaugh. And we're told there are plans to open another Caked Up location in at 559 Elsinger Blvd., Conway.

Folks eagerly expecting the opening of Chi's Baohouse, which had been the Chi Restaurant Group's planned replacement for the former La Madeleine Country Fresh Cafe, 12210 W. Markham St., Little Rock, are in for the same surprise managing member Jacob Chi hit us with this week: They're moving the location.

Negotiations are in progress to acquire the site — which site, Chi won't specify exactly, but he confirms it's in west Little Rock, and hints: "It may or may not be on Shackleford Road, and it may or may not have sold doughnuts awhile ago." That sounds a lot like the former Krispy Kreme bakery, 1315 Shackleford, next door to Arkansas Heart Hospital, which has been vacant since Krispy Kreme closed it in June 2019. The location would fit in with plans to include "some sort of drive-thru element" that would have been impractical at best at the La Madeleine site, which Chi says will now be repurposed for a non-restaurant use for his company.

Needless to say, the change in location means that the timeline to open "has been pushed back just a smidge." The opening had already been pushed back several times by a series of construction delays, followed by a break-in in which somebody cleaned out the kitchen equipment.

Once it finally opens, the Baohouse (an apparent play on the name of the early 20th-century German art, craft and architecture school, the Bauhaus) will feature a four-pronged menu — all-day dim sum, a selection of signature Taiwanese baos (lotus-leaf-based buns surrounding meat, bean paste and other fillings), three or four noodle soups (including Chi's mother Lulu's recipe for beef noodle soup, plus pho and ramen options) and a range of boba teas.

Chi says work is also in progress on a Rogers Baohouse, but concedes establishing a timeline for it to open would be a shot in the dark. And he tells us construction also continues on a Baohouse on the ground floor of the building the family owns at 319 W. Second St., across from the Pulaski County Courthouse.

The west Little Rock outlet of The Grind Coffee Bistro, in the Pleasant Ridge Town Center, 11525 Cantrell Road, reopened Saturday. Both locations — the other is at 21st and Commerce streets — were damaged by March 3 arsons, for which a North Little Rock man has been arrested and charged. Hours are 9 a.m.-4 p.m. Tuesday-Friday, 10 a.m.-5 p.m. Friday, 11 a.m.-4 p.m. Sunday. Owner Heaven Mckinney tells us the reopening of the Pettaway location is hung up awaiting an insurance settlement. (501) 476-7511; the-grind-coffee-bistro.business.site; facebook.com/thegrindcooffeebistrolr.

Brandon Smith reports in the Hot Springs Sentinel-Record that the Malco Lounge, which opened a year and a half ago as a lounge bar at the Malco Theatre, 817 Central Ave., Hot Springs, will soon add a new food menu to its full beer, wine and soft drinks concession. Theater general manager Brian Townley, who previously served as chef at The Vault, says the new "carnival themed" menu will feature sandwiches on a doughnut, stuffed corn dogs and old-fashioned burgers and ham and cheese sandwiches: "Nothing too heavy, just to kind of take a play on some of the carnival foods and make them our own," he tells the paper. "It's not going to be real fancy but it's going to be some good stuff for sure. ... Just stuff like that — little fun stuff." Timeline for the new menu is still pending. The lounge opens at 5 p.m. Monday-Saturday. Oh, and bar manager Will Roddenberry also has a food and drink business connection: His parents opened Rod's Pizza Cellar nearly 50 years ago. (501) 538-3761; maxwellblade.com/bar-lounge.html; facebook.com/The-Malco-Lounge-107650258318439.

The Lebanon, Tenn.-based Cracker Barrel Old Country Store chain is expanding its all-day breakfast menu to offer a "Build Your Own Homestyle Breakfast" (two eggs cooked any way, plus biscuits and gravy, choice of meat — bacon, smoked sausage patties or a sampler trio of bacon, sausage and sugar or country ham — and a "homestyle" side, including hashbrown casserole, fried apples, coarse ground grits and tomato slices). Also new: Impossible Sausage Made From Plants, the chain's first plant-based meat option, and a Stuffed Cheesecake Pancake. Visit crackerbarrel.com.

And Loblolly Creamery, partnering with Arkansas PBS, the Farmstand at Bell Urban Farm and the Faulkner County Library, celebrates the premiere of season three of the public TV network's "Blueberry's Clubhouse" with a "sneak scoop" and preview screening, 1-5 p.m. Friday. Muppet-like title character Blueberry will be on hand to greet guests. Loblolly, via its truck, will serve up an all-new flavor — Blueberry's Jam Party — in honor of Blueberry and her friends at Camp Onomatopoeia; it features purple-blue ice cream with a strawberry jam swirl, dot-color sprinkles and shortbread cookie crunch. The flavor will be available at Loblolly's outlets in Little Rock and Benton through August. The Faulkner County Library, 1900 Tyler St., Conway, will host "Blueberry's Clubhouse Season 3" preview screenings at 1:30, 2:30 and 3:30 p.m. The show, produced in partnership with the Arkansas Museum of Fine Arts, airs at 9:30 a.m. July 8-Aug. 12 on Arkansas PBS, formerly the Arkansas Educational Television Network.